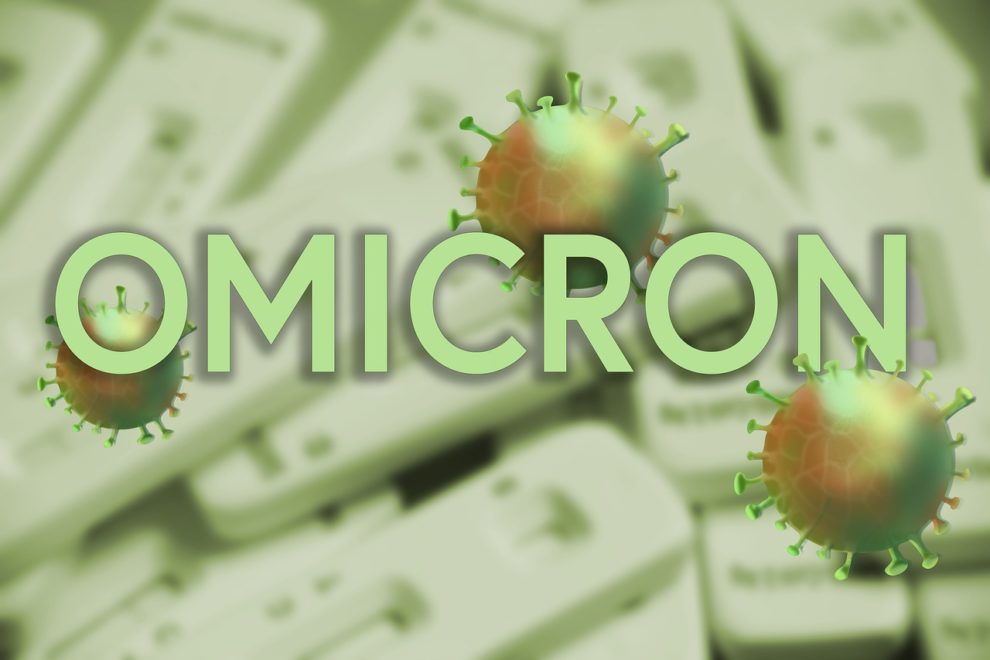 According to health experts, the highly transmissible Omicron variant of Covid, which has been detected in more than 100 countries so far, may help the world get rid of the Delta strain that has claimed so many lives around the world.

Omicron, which was discovered in southern Africa in late November, has become dominant in several countries, including the United States and the United Kingdom, outpacing the previously dominant Delta variant, which was thought to be the dominant strain in many countries until recently.

While Omicron is known to cause only mild disease, Delta has proven to be more lethal, resulting in increased hospitalisation, decreased oxygen levels, pneumonia, and death.

“Omicron is a milder wave and will replace Delta, and may be good for the world,” Dr. Vasant Nagvekar, Covid task force member of Maharashtra government, told IANS.

“Omicron is more transmissible, and it could also be immune-evasive (cause breakthrough infections in previously infected or vaccinated). But so far, there is no proof that it produces more severe infections,” added Nagvekar, who is also Consultant, Infectious Diseases at Global Hospital, Mumbai.

Early data from South Africa show that the majority of patients are younger, and the variant causes milder infections.

“For now the variant also appears to be stable, with high transmissibility but low virulence, which perhaps explains the lack of surge in hospitalisations and deaths where it was earlier reported,” Nagvekar said.

“The best option for getting out of this phase of the pandemic is to ensure that people everywhere are fully vaccinated. As the virus continues to spread, there remain opportunities for new variants to emerge,” Brian Wahl, Assistant Scientist, Department of International Health at the Johns Hopkins Bloomberg School of Public Health, US, told IANS.

“This is why it is so important to increase coverage of both doses in India and in countries where vaccine coverage is currently low, like in many countries in sub-Saharan Africa,” he added.

Meanwhile, with over 30 mutations on its spike protein, Omicron has the potential to evade both vaccines and previous Covid infection-induced immunity. Several studies have found that two doses of existing Covid vaccines may be ineffective against Omicron, but booster doses show promise.

India has also announced that booster doses will be distributed to healthcare workers beginning in January of next year.

“The protection provided by many vaccines can be reduced over time. Booster doses can help bring protection back up. However, the frequency with which boosters might be required is not known,” Wahl said.

However, Nagvekar stated that “a booster dose, even if it works, is just a temporary fix. “We can’t keep on taking boosters every six months and for every variant of concern that emerges. Equitable vaccine distribution, especially a vaccine that covers the most recent variant of concern is a possible and practical solution in the long term.”

In India, children aged 15 to 18 will be vaccinated beginning in January.

While Covid as a whole has been relatively safe for children, Omicron has caused concern, with many children being affected and hospitalised in the United States, South Africa, and the United Kingdom.

“Vaccine for kids is necessary. If Omicron cases rise, it’s going to be challenging due to its faster spread,” Nagvekar said.

In addition to vaccines and booster doses, monoclonal antibodies and anti-Covid pills have been extremely beneficial in the fight against Covid. While India had previously approved monoclonal antibody therapy for treating severe Covid, the country also granted emergency approval for Merck’s Covid pill molunapiravir on Tuesday. The pill has been shown to reduce hospitalisation and death by 30%.

The antiviral drug will be manufactured in India by 13 companies for limited use in emergency situations for adult patients with Covid-19 who are at high risk of disease progression.

“High chance” that a new Covid variant worse than Omicron will emerge in next 2 years: UK epidemiologist

Omicron variant no more severe than original strain: WHO