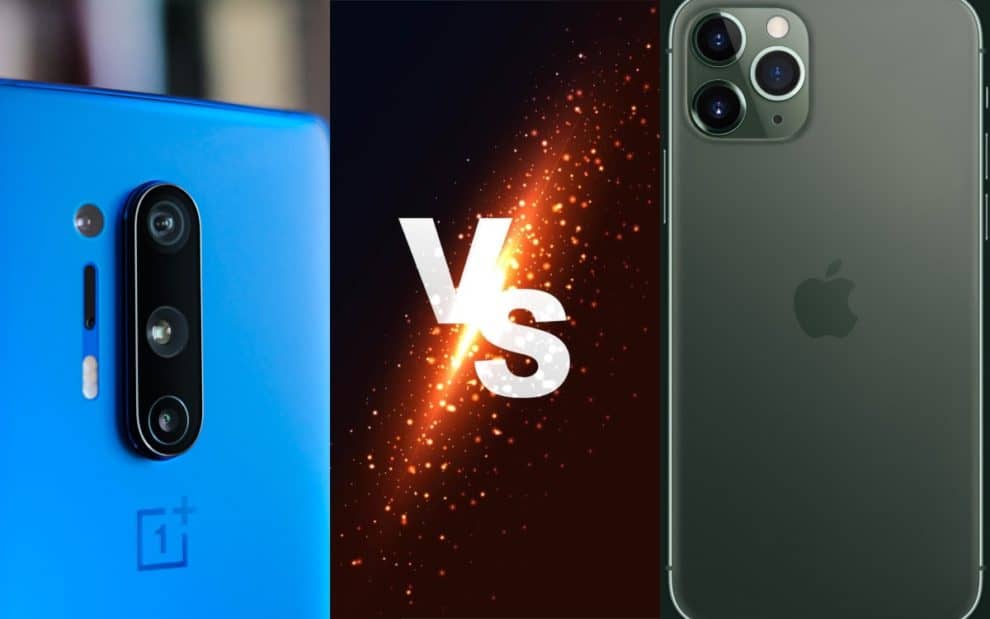 OnePlus is a masterpiece manufacturing Android OS-based smartphones, the smartphone company is closely aligned with Apple in terms of quality and aesthetics. Naturally, anyone looking to buy an OnePlus 8 Pro will compare and contrast the phone with an iPhone 11 Pro.

The front-facing camera of each phone also captures different results. The OnePlus 8 Pro has a 16-megapixel front camera, while an iPhone 11 Pro has a 12-megapixel front camera. It seems that an OnePlus 8 Pro will definitely capture a better selfie than an iPhone 11 Pro. Both phones are similar in terms of the video camera, both phones are able to capture a video in 4k. Both phones also capture a slow-motion video at 240fps, 1080p.  Both phone cameras also come with a portrait and a night mode.

The OnePlus 8 Pro features a Qualcomm Snapdragon 865  processor, while the iPhone 11 Pro has an Apple A13 Bionic processor. The most noticeable difference between both phone cameras is most likely the quality of zoom. The OnePlus 8 Pro can go much further in zooming in. It has a 3x zoom lens, which will let you get close in on the details than you could with the iPhone’s 2x zoom. However, the difference isn’t very dramatic. It is not like using the Samsung Galaxy S20 Ultra’s 100x “space zoom” — but it could be enough to help you get the shot if you can’t get close enough to your subject.

Some users also felt that there is a noticeable color shift between two cameras when the wide-angle mode is turned on. While the iPhone 11 Pro’s shot maintains that rich blue sky, the OnePlus 8 Pro’s shot has warmed the scene a bit more, which has reduced some of the vibrancy in the sky. Again, it’s not a big difference and it might just come down to a shift in the white balance between taking the two photos.

A user commented, “There’s still a noticeable shift in colors and contrast in the shot, but neither shot is spot on. The OnePlus 8 Pro again looks a little desaturated, with a slight magenta shift to the color tone, while the iPhone 11 Pro seems to have shifted more towards the green, giving a different color cast altogether. ”

It is hard to pick one phone from both these top quality phones. Both phones are excellent!