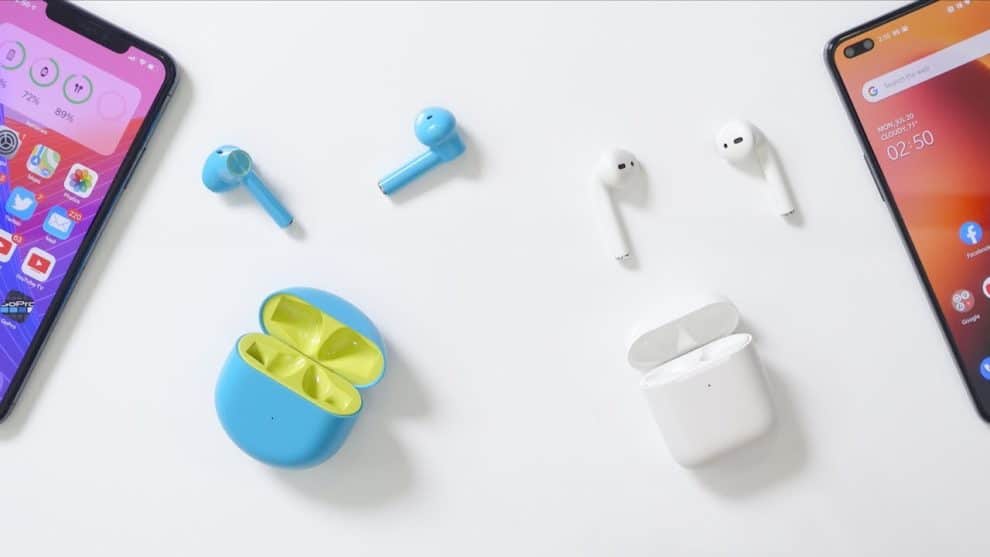 Over the years, OnePlus has been offering its users high-quality earbuds. A few days ago, the company was able to unveil its first truly wireless pair, OnePlus Buds. The new pair took a similar design as that of Apple’s AirPods, coming with an all hard plastic rigid design. That’s quite different from the company’s usual design for Bullets and Bullets Wireless 2. The Apple AirPods sells at a price of $179, while the new OnePlus buds will be going for $79. Looking at that, you’ll see that it’s half the price of the AirPods, which is fair enough. Apart from the price factor, it’s also essential that you make use of other factors, before making a decision between the two devices. In this article, we’ll be showing you the OnePlus Buds vs AirPods comparison, using their specifications.

Firstly, both OnePlus Buds and AirPods support touch controls. In the case of AirPods, the devices allow users to double-tap either of the right or left earbud, to control their music. Talking about the features that support the double-tap control, they include Siri, Play/Pause, Next Track, and Previous Track. On the other hand, OnePlus Buds offer double-tap control. However, it also offers additional touch control, allowing its users to perform a long press, to activate the voice assistant and to control their music.

When comparing OnePlus Buds vs AirPods for pairing, both devices offer supports for fast pairing. With iPhone 7 and higher devices, AirPods users can easily pair their wireless pairs. All that’s required of them is to open up the lid, and a pop-up will show on the screen, allowing them to pair quickly to their smartphones.

On the other hand, you’ll be able to pair your OnePlus Buds quickly to devices running Android 6 and higher operating systems. However, to pair the device to an iPhone, it takes a few seconds, as iOS users will have to hold down the pairing button on the charging case before finding the buds in the Bluetooth section.

Talking about its fast charging feature, with just 10 minutes of charging inside the case, OnePlus says users will get up to 10 hours of playback. Furthermore, it takes only 80 minutes for the device to fully charge

To start with, most people will definitely be comfortable with the quality of sound coming from the two products. According to most reviewers of the two products, the AirPods sound is louder and warmer than that of OnePlus Buds. However, talking about their bass, OnePlus Buds is way better than Apple’s wireless pair. Apart from that, OnePlus Buds also provide support for Dolby Atmos.

AirPods not charging despite being plugged in, users report issues