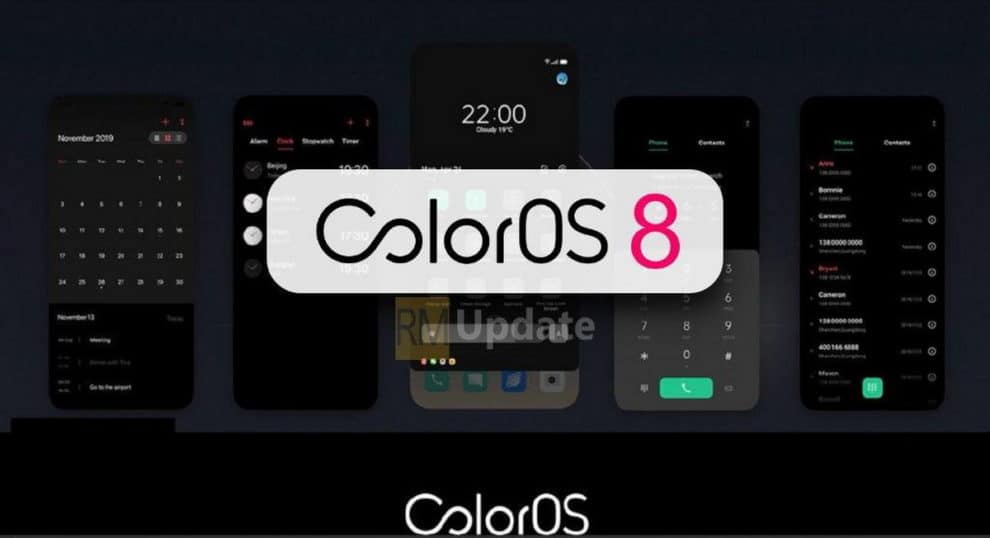 Are you a lover of OPPO smartphones? If yes, then this article is for you. In this article, we’ll be talking about the Oppo ColorOs 8 update and the eligible devices to receive it.

Today, Oppo is one of the fast-growing smartphone brands, specializing in the delivery of high-quality camera phones. It also brings some of the beautiful phone devices with affordable price tags. It started by focusing on delivering selfie-centric devices. However, it has advanced to offering breathtaking devices with higher specs and values. Although Oppo devices run on its custom OS called ColorOS, not all users are fond of it.

Recently, Oppo started rolling out the ColorOS 7 (Android 10) to some of its devices. Although a lot of its devices are yet to receive the update, here we are, discussing ColorOS 8 (Android 11). We are doing that because some users are already interested in knowing when the new ColorOS 8 update will be available. They also want to know if their devices stand a chance to receive it.

Although Oppo is yet to make any official release about the ColorOS 8 update, we have a few things that you might find interesting.

In the 2019 Android Q developer preview program, Oppo only had one device, the Reno. However, with this year’s Android R developer preview set to accommodate more devices, there’s a chance of Oppo introducing one or two additional devices. With the look of things, it’s likely going to be the Oppo Find X2 and Find X2 Pro devices. Why?

That’s because Oppo Find X2 and X2 Pro have been invited to the ColorOS beta program in China, meaning that both will get access to new features ahead of other Oppo devices. Since both have the latest ColorOS 7.1, they’ll likely get introduced in the Android R developer review program.

Recall that last year, Reno had access to the same developer review program, around May. After which it proceeded to receive the ColorOS 7 (Android 10) in November and also the stable update this month (April). Considering that, the new Oppo ColorOS 8 update will likely follow the same pattern and timing for the eligible devices. So, if our guesses are right, we should be expecting the new update by the Q4 of the year and the stable by Q1 of next year.

Without a doubt, it’s hard to measure how Oppo decides which devices are eligible for any updates. However, here are a few devices that we think are qualified to receive the ColorOS 8 update coming soon.

Kindly note that this is not the official update by Oppo. So, in case your device is not on the list, there’s a chance of getting it included later, depending on the official release.