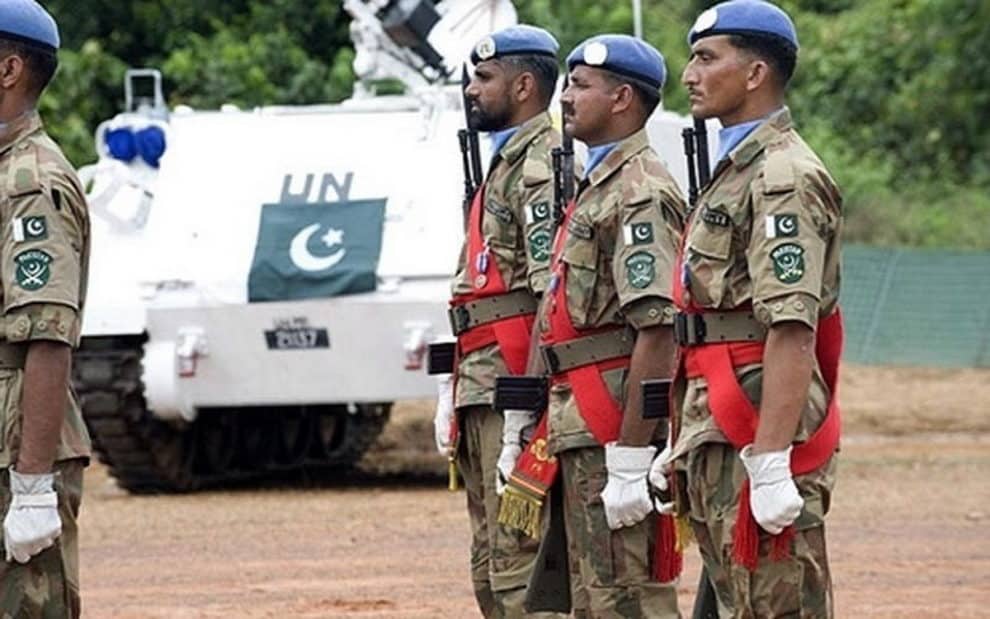 In a recent press release, the Inter-Services Public Relations (ISPR) of Pakistan reported that Pakistani peacekeepers rescued more than 2000 people stranded due to massive floods in the Uvira region in the Democratic Republic of Congo (DRC).

Flooding caused by heavy rain affected the eastern provinces of the Democratic Republic of Congo (DRC), in particular South Kivu, on 16-17 April 2020. According to the UN, more than 77,000 people have been displaced and require shelter. Initial estimations report approximately 3,500 destroyed houses, 15,000 damaged houses, and seven broken or collapsed bridges. Several areas in the cities of Bukavu and Uvira have been flooded after the overflow of the Mulongwe River. Various humanitarian partner organizations are assisting with search and rescue operations. Heavy rain is forecast over east and south DRC for the coming days. Initial reports suggest more than 25 people have died because of the floods, and more than 40 injured with fears of many others swept away by the floodwaters. A health clinic in one of Uvira’s more impoverished neighborhoods was destroyed, and water and sanitation facilities in the overcrowded town were also damaged. UNHCR is rushing initial supplies of relief items from its local warehouse in Uvira, including badly needed tarpaulins to provide immediate shelter, as well as mats, kitchen sets, buckets, and mosquito nets.

UN peacekeeping missions cover a long and cherished history of Pakistani association with the United Nations. Pakistan joined the UN in 1947 immediately after attaining independence. Pakistan’s involvement in UN peacekeeping missions dates back to the 1960s. Pakistan’s foreign policy is one of friendliness and goodwill towards all the nations of the world. We believe in the principle of honesty and fair play in national and international dealings and are prepared to make our maximum contribution to the promotion of peace and prosperity among the nations of the world. Pakistan will never eschew extending its material and moral support to the oppressed and suppressed people of the world and in upholding the principles of the United Nations Charter.

The participation of Pakistan in UN peacekeeping missions started in 1960 with deployment in Congo. Since then, a large number of soldiers, civilians, police, and paramedical forces are regularly participating in numerous missions and have conducted a host of activities under the banner of the UN, ranging from humanitarian assistance to hardcore security operations. The contributions of Pakistan in UN peacekeeping missions have been duly recognized by the United Nations Secretary-General Antonio Guterres, who said that Pakistan is one of the most consistent and reliable contributors to peacekeeping efforts around the world. Since the first Pakistani deployment to Congo in 1960, Pakistan has contributed over 150,000 personnel to 41 peacekeeping missions in 23 countries, adding that 157 military, police, and civilian personnel have paid the ultimate price while serving under the United Nations’ flag.

Participation in peacekeeping missions is not free from serious challenges, ranging from bloody encounters to loss of life. Pakistan’s involvement in some of the peacekeeping missions since her joining has been enviously impressive. The valiant Armed Forces of Pakistan have sacrificed many lives while serving the oppressed of humanity in UN peacekeeping missions. They have an envious figure of 138 martyrs, including 22 officers who lost their lives to save humanity. It is about 10% of total causalities suffered by UN peacekeeping missions since inception. The maximum casualties on a single day occurred during “Operation United Shield” during the UN mission in Somalia on 5 June 1993, in which our 24 brave soldiers sacrificed their lives while ensuring the safety of the people of Somalia and UN comrades overwhelmed by the rebels. Besides causalities, the list of serious wounded/injured personnel is also too long. These soldiers suffered life-long disabilities in their service to humanity. A description of the contribution of Pakistan in UN peacekeeping missions would not be complete without mentioning the higher leadership role entrusted by the UN. Pakistan has the singular honor of being appointed on various vital appointments of UN peacekeeping operations.

Pakistan is a peace-loving, nuclear power, democratic state. It fully understands her international responsibilities and never lacks behind in fulfilling them. Its armed forces and citizens are highly professional and second to none. Besides defending their own frontiers, they are the world leaders in UN-led peacekeeping efforts. Their performance in these missions has been excellent and recognized internationally. These brave soldiers, instead, have a firm conviction that no one can live today until he has done something for someone who can never pay it back. They have an unruffled resolve to save humanity even at the cost of their own lives.