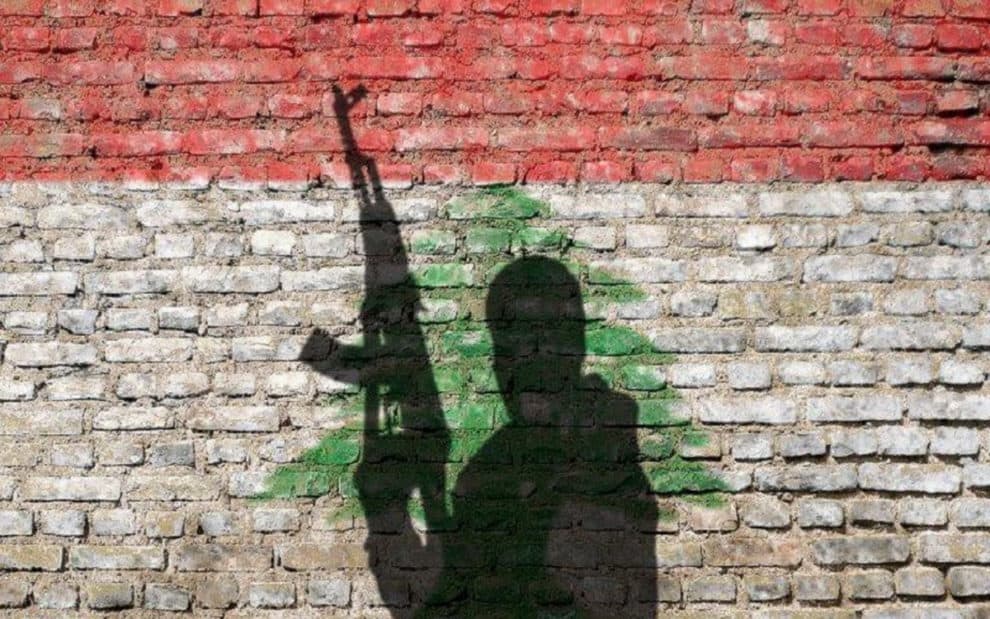 Today the hybrid war on Hezbollah, therefore Iran, Russia, and China is the official state policy of Germany. During COVID-19, where EU states are not abiding by their constitutions, Germany did what it was ordered to do by the US, to conduct raids on Hezbollah clubhouses inside Germany. Germany itself has a big internal problem with the Arab-Kurdish clans (not part of Hezbollah), who have their own parallel state inside Germany. The clans are running a large criminal network involved in prostitution and drugs. Israel and the hybrid war are likely of more importance than their own internal problems.

Germany is officially the first EU country to declare a hybrid war on Hezbollah-Iran, and of course, Russia and China too, by conducting raids during the COVID-19 crisis against organizations linked to Hezbollah. It, therefore, acts as a totalitarian state. Everything is possible during the COVID-19 crisis, or the “new normal” as they call it. They conduct raids without obeying the constitutional law of Germany but execute the “will“ of the USA (British Empire). Hezbollah is now forbidden in Germany. Also, demonstrations against Israeli war crimes are now forbidden and labeled as terrorism.

“The United States and Israel have long urged Germany to ban Hezbollah as a whole. Israel blames the organization for numerous attacks“, according to the German authorities. German Interior Minister Horst Seehofer has banned Hezbollah’s work in Germany, according to his ministry. Since today, Thursday morning, police measures have been underway in several federal German states. At the same time, Steve Alter, spokesman for the Interior Ministry, said on Twitter that this concerns four clubs. They are accused of belonging to the Shiite group that’s now classified as a terrorist organization. The work of the clubs is now forbidden, but in fact, this amounts to a ban on Hezbollah as a whole, which officially does not have its own structures in Germany.

The organization, which operates primarily from Lebanon, is accused of using violence and attacks against Israel, whose “right to exist is denied“, as the German Interior Minister said today in a statement communicated through the state media.

Germany has a large internal problem with the Arab-Kurdish clans, who have nothing to do with Hezbollah. They are Kurds who migrated to Lebanon in the 1970s and 80s. They came from Eastern Turkey (Mardin), and after being suppressed by the Turkish state for being Kurdish, they migrated to Lebanon. The clans’ principles are based on the Sunni (Muslim) religion, the opposite of the Hezbollah organization who are Shia (Muslim). They established a parallel state in the big German cities, and with the migration crisis in 2015, they expanded their clans. The majority of the migrants who came in 2015 are also Sunni and many of them used to be part of terror organizations in Syria that were affiliated with Al-Qaeda, Al-Nusra, and even Daesh. The EU, and therefore also Germany, offered to help those groups with money and military assistance after claiming that they are part of the so-called “rebel opposition” in Syria fighting against the Syrian Army, Russia, and Hezbollah. During the COVID-19 crisis, the most influential clan buried the mother of a high clan member (2 weeks ago) and they conducted a funeral with more than 200 people where no face masks were worn (despite being mandatory in Germany) and the police were too afraid to interfere. Instead, the police raided Hezbollah clubhouses, put members in jail, and forbid any demonstration against the Israeli crimes against the Palestinians. Hezbollah has no affiliation whatsoever with the Arab-Kurdish Sunni clans inside Germany.

In the meantime, people outside of Berlin have developed a gruesome fascination with the German capital. Two Berliners have even started selling what they call a “Clan Map,” a guide to locating the homes and favorite bars of clan bigwigs as well as the cemeteries harboring the gravesites of certain dead criminals. These “city maps for Berlin’s parallel world” are sold to tourists. It‘s like the Mafia in the US, where famous Mafia bosses like Al Capone or Lucky Luciano were the “big bosses“ of this criminal gang.

Many clans belong to the Mhallami ethnic group, which lived in Turkish East Anatolia, spoke a dialect of Arabic, and began migrating to Lebanon in the 1920s because of persecution by the Turkish government. The first families from Lebanon came to West Berlin and West Germany (divided between East and West Germany at the time) as civil war refugees in the mid-1970s. As the Mhallami so-called refugees transferred their lives to Germany, they, of course, brought their clan relationships along with them. They closed themselves off from those around them and created a parallel society – not only in Berlin, but in the Ruhr Valley in Bremen, Munich, and Hamburg, as well.

The accusations of the German state and press are totally out of portion and I dare to call them “fake“. In an article, they blame Hezbollah members for “using Germany as a place for drug trafficking, trade-in stolen cars, and money laundering. The implications of the group for the drug business are well documented.” The report said that Hezbollah’s “main routes now move from South America to Africa into the EU. Cocaine reaches Germany mainly via the ports of Rotterdam, Antwerp, and Hamburg.” This is absurd! The Arab-Kurdish clans are the ones who are the “mafia“ and run the drug business inside Germany, whilst drugs are coming (cocaine and heroin) from Latin American countries like Mexico and Columbia through the ports of Rotterdam, Antwerpen, and Hamburg.

The Islamic Center Imam Riza, a Shi’ite institution, is located on Reuter Street in the Berlin district of Neukölln. Berlin’s intelligence agency – the rough equivalent of Shin Bet – reports that 250 Hezbollah members live in the capital. A total of 1,050 Hezbollah members live in Germany, according to other German intelligence reports, but actually they are now humiliated and violated by the German authorities and their rival Arab clan members, who are in the majority (5000 or more) and are not raided. The world upside-down you would say, but it‘s all part of the hybrid war, which is still hybrid, but signs show that the Western world is preparing for perhaps a more gruesome war with Russia and China, and of course, Iran and Hezbollah.