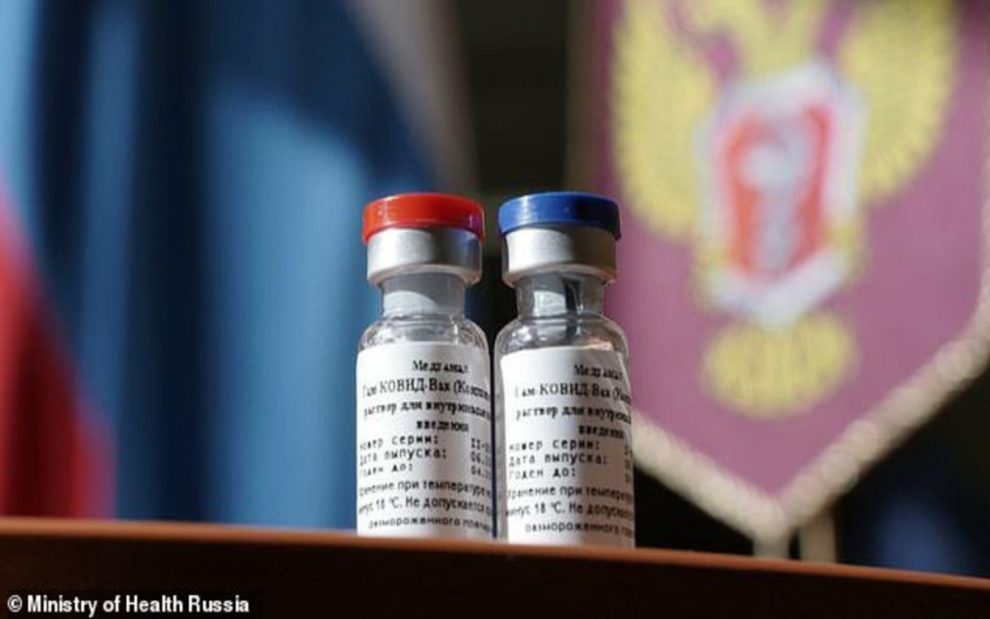 Anti-Russian rhetoric is peaking in the British media, as Russia continues to be a useful scapegoat for the UK’s problems on the domestic and international front

Not that the Daily Mail should ever be held up as an example of great British journalism, but even given its predictably sensationalist nature, an article this week is a fairly accurate reflection of just how desperate the UK is getting in the Covid vaccine race.

The UK may be amongst the first nations to have obtained a vaccine against coronavirus (Russia was actually the first to register one, ‘Sputnik V’) but that doesn’t mean that people will be willing to sign up to it. In fact, what this article demonstrates is a classic attempt to manipulate the British population into compliance, using fear. “We are not simply under attack from the Covid virus. We’re also under direct attack by a hostile foreign power” Dan Hodges claims, as he asserts that through a campaign of ‘disinformation’ about the Pfizer Covid vaccine, the Russian President himself is directly influencing Brits into rejecting it.  Indeed, Hodges doesn’t hesitate to accuse Vladimir Putin personally: ‘Putin is trying to use Covid to kill people on the streets of Britain just as surely as he did when his agents released novichok on the streets of Salisbury” – referring of course to the Skripal poisoning back in 2018. Why would Russia carry out this alleged campaign? A minister is quoted who says ‘he’s [Putin] worried about Russia being seen to lag behind on producing its own vaccine’ – quite frankly a ridiculous assertion given Russia’s early development of Sputnik V, with the country starting its immunization program this week against Covid.

As usual in these hatchet jobs on Russia, little or no evidence is provided and no sources are named. This no surprise, as we know from Integrity Initiative leaked documents that many journalistic pieces on Russia are indeed ordered by the security services, or by people working with them. And the beauty of defaming Russia, is that the majority of British people, as one might expect, don’t have the Russian language skills to fact-check on Russian media websites. Unfortunately they have to take the Daily Mail’s word for it. The result: the British population is gradually being prepared, with more and more vigour every year, to hate Russia and its leader with a vengeance. Why?

Well, firstly Russia proves to be a highly useful scapegoat. When it comes to vaccines, for example, the fact is that British people are naturally sceptical.  This is a concern for the authorities. In a survey published last year, before the coronavirus outbreak, it was reported that only 46% of people agreed that vaccines (in general) were safe. This figure is significantly lower than the global average which is given at 61%.  With regard to the Pfizer vaccine, there are various reports which indicate take-up may not be as much as the government would like. Experts say that 80% of the population would have to be immunised to stop the spread of the virus, but already one report last month indicated that 36% of people are uncertain or unlikely to get the vaccine. Another survey showed that 5% of UK respondents believed the conspiracy theory that the US was responsible for creating and spreading coronavirus and as many as 22% thought that fatalities were being exaggerated.

Since the start of the pandemic, there has been a section of the population questioning whether coronavirus even existed, so you can imagine how many sceptics are out there when it comes to the vaccine.

This doubt has not been helped with further reports of the deaths of six participants in the Pfizer trial, although upon analysis it doesn’t appear that the fatalities were a direct result of vaccination. There is therefore a great deal of wariness in the British population at the moment. The Daily Mail article is designed therefore to scare people into inoculation. It’s reminiscent of when WW1 broke out and posters of Lord Kitchener were produced with the slogan ‘Your Country Needs You!’ By stirring up nationalist sentiment, in the face of supposed ‘Russian aggression’, Dan Hodges is attempting to persuade people it is almost their national duty to take part in vaccination. As he writes ‘trusting in the Covid vaccine, is how we defeat him [Putin]’.

But while Russia continues to be the fall guy for all Britain’s domestic and international issues, the UK fails to notice its own hypocritical behaviour. For as it criticises Russian negative press of the Pfizer vaccine, it completely ignores its own lambasting of the Russian Sputnik V vaccine. ‘Sputnik V rushed out to wary Russians’ read a BBC headline this week, in a piece which casts doubt on the reliability of the Russian vaccine. Other previous articles even suggested Russian immunologists had ‘photoshopped’ their data to produce false results, even though the Sputnik V vaccine has been deemed safe by medics writing in the esteemed British medical journal, The Lancet.

The demonisation of Russia and its leadership grows with more intensity day on day, and year on year. Particularly as Britain uncouples itself from Europe and tries to reassert itself in the world as a power to contend with, the rhetoric is becoming more bolshie and aggressive.  It’s like a miniature bulldog struggling to be heard, but nevertheless, it keeps barking. Gone is that spirit of post-war cooperation and conciliation. We are therefore likely to see more and more anti-Russian hatchet jobs in the British media with Vladimir Putin targeted in a style worthy of the ‘Two Minutes Hate’ in Orwell’s ‘1984’. What does Britain have to gain by such an approach to Russia? That’s not clear, but it has much to lose, including respect. By doing so, the UK isn’t moving forward after Brexit, it’s retracing its imperialist, bigoted past.

Contributed by Johanna Ross, a journalist based in Edinburgh, Scotland.