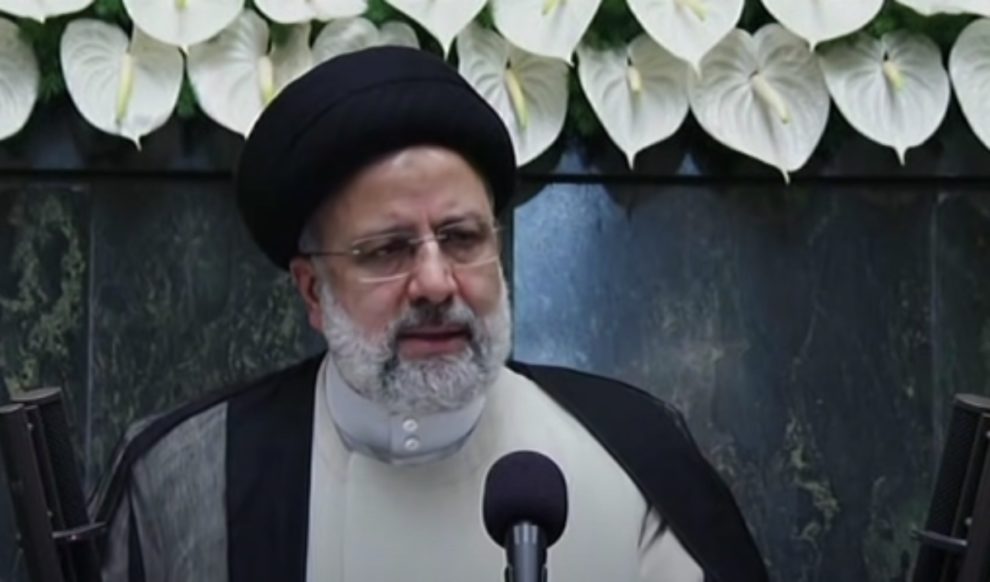 Iran’s president Thursday accused arch-enemy the United States of seeking to destabilise the Islamic republic, which has been rocked by nearly a month of women-led protests sparked by the death of Mahsa Amini.

Outrage over the 22-year-old woman’s death, three days after she was arrested by Iran’s notorious morality police, has fuelled the biggest wave of street protests and violence seen in the country for almost three years.

Young women, university students and schoolgirls have been at the forefront of the protests, shouting anti-government slogans, setting their headscarves ablaze and facing off with security forces in the streets.

Chants of “Woman, Life, Freedom”, the protest movement’s catchcry, were again heard overnight in the northwestern city of Bukan, where demonstrators burned the Iranian flag, in a video verified by AFP.

Protesters also rallied in the capital Tehran, Isfahan in the south, Mashhad in the northeast, Rasht in the north and in Amini’s western hometown of Saqez.

“Following the failure of America in militarisation and sanctions, Washington and its allies have resorted to the failed policy of destabilisation,” he said, speaking in Kazakhstan.

Gunshots and tear gas were fired on Wednesday as security forces confronted protests in a crackdown that rights groups say have already claimed at least 108 lives.

New online videos showed the public confronting security forces as they sought to arrest demonstrators, at times forcing officers to run away.

In one video verified by AFP, women are seen being beaten and chased by security forces in Rasht in Gilan province.

Oslo-based group Iran Human Rights said energy industry workers had joined protest strikes this week at the Asalouyeh petrochemical plant in the southwest, Abadan in the west and Bushehr in the south.

Deadly unrest has rocked especially Sanandaj in Amini’s western home province of Kurdistan — but also Zahedan in Iran’s southeastern Sistan-Baluchestan province, where demonstrations erupted on September 30 over the reported rape of a teenage girl by a police commander.

The Human Rights Activists News Agency charged that “the unregulated use of shotguns with pellets by law enforcement has resulted in the injury of many protesters”, including elderly people, teenagers or even children.

In a report released on Wednesday, HRANA said it had the names of at least 106 people slain by the security forces, and knew of another 11 dead who remained unidentified.

At least 94 more had been killed in Zahedan, one of the few Sunni-majority cities in predominantly Shiite Iran, HRANA said, adding that 20 security personnel had been killed, including six in Zahedan.

“The number of detainees is estimated to be at least 5,500 individuals,” the rights group said.

In its widening crackdown, Iran has restricted internet access and blocked social media platforms including Instagram and WhatsApp.

The United States, which has imposed new sanctions against Iran amid the Amini protests, said it was taking steps to ensure Iranians would have online access.

“I spoke with major US tech firms and urged them to… provide the Iranian people with additional services and communications tools.”

“Continued repression is not the answer,” said Comfort Ero, president and CEO of the International Crisis Group think-tank, in a tweet.

An Iranian investigation found Amini had died of a longstanding illness rather than reported beatings.

Her parents have denied this and filed a complaint against the officers involved. A cousin living in Iraq has told AFP she died of “a violent blow to the head”.