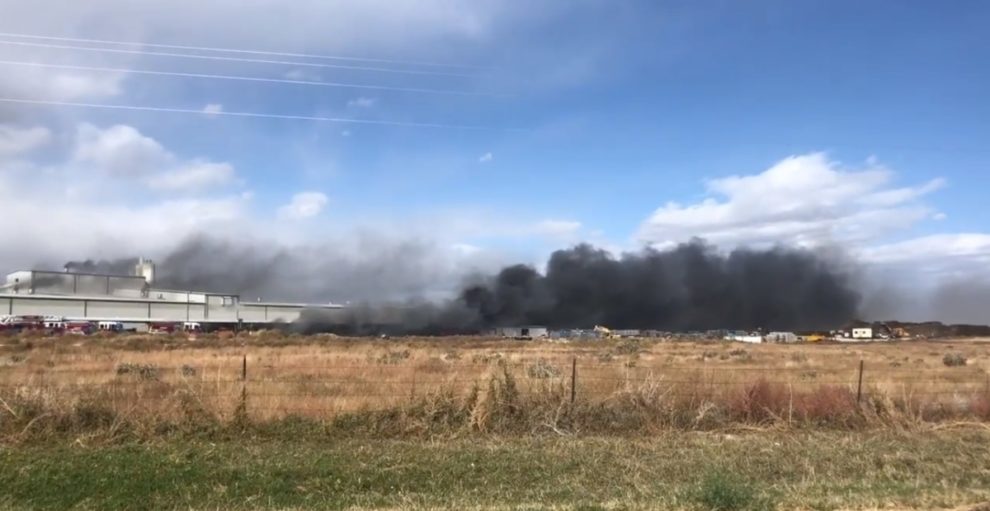 The Pueblo Fire Department was called to the Vossloh concrete tie plant (formerly Rocla) Tuesday morning due to an explosion and several fires.

According to KRDO, the explosion occurred around 10:30 a.m. At this time, it is unclear what caused the explosion.

The fire has resulted in at least one injury.

Wind, according to Woody Percival of the Pueblo Fire Department, is assisting the flames in spreading further. The plant is located a few miles south of town and east of Stem Beach.

BIG FIRE IN PUEBLO: Crews are fighting a fire at the Rocla Plant in the southern part of the city. @PFDPIO says the department received calls about an explosion at the plant around 10:30 a.m. There are fires in different parts of the building. There are no injuries so far. @KOAA pic.twitter.com/8b4st5ByZX