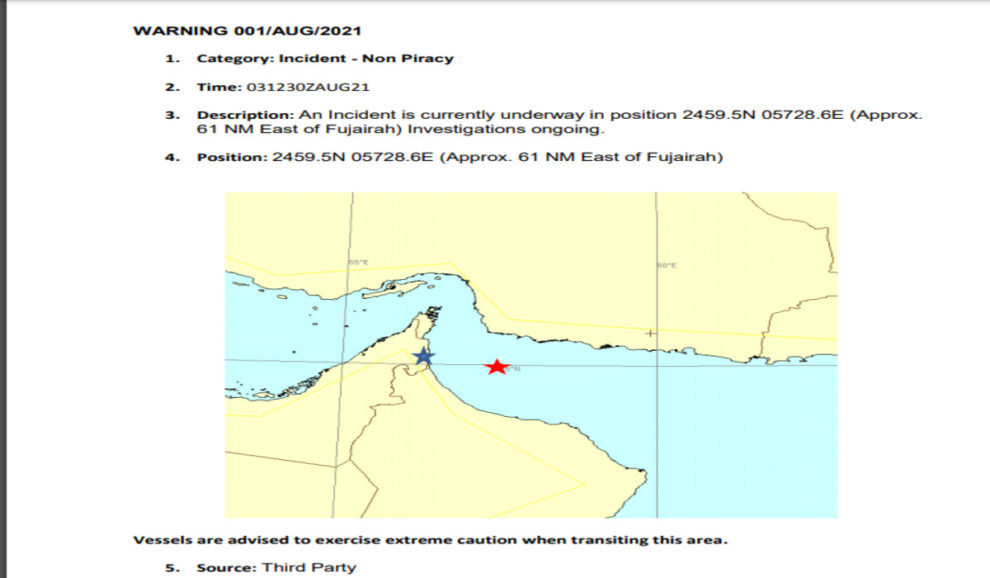 The incident, which is taking place off the coast of Fujairah in the United Arab Emirates, has been classified as a “potential hijacking,” according to Britain’s maritime trade agency.

The “Asphalt Princess” appears to be the vessel that has been hijacked. According to Sky News, a group of eight or nine armed individuals boarded the vessel.

According to Reuters, Iran is suspected of being behind potential ‘vessel hijack’ off UAE coast

UPDATE: Four vessels — oil tankers called Queen Ematha, the Golden Brilliant, Jag Pooja and Abyss — announced around the same time via their Automatic Identification System trackers that they were “not under command,” according to MarineTraffic.com. 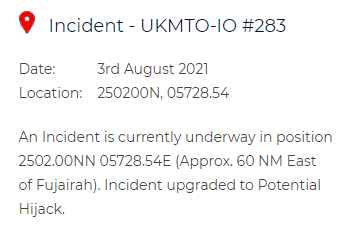 The United Kingdom Maritime Trade Operations (UKMTO) initially reported on Tuesday that it was aware of a non-piracy “incident” off the coast of Fujairah, which is part of the United Arab Emirates (UAE).

“Vessels are advised to exercise extreme caution when transiting this area,” an alert from the UKMTO says.

“The reports are coming in that say a new vessel experienced an incident off the coasts of UAE in the Persian Gulf near Fujairah port on Tuesday,” according to Iran’s Mehr News Agency.

Al Jazeera quoting Iran’s media says an attack has been reported on a merchant ship in international waters off the coast of the Emirati city of Fujairah.

According to the Associated Press, two ships off the coast of the UAE are broadcasting warnings that they have lost control of their steering under unknown circumstances, while authorities have reported “an incident” in the area.

The US, Israel, and Britain have all blamed Iran for an attack last week on an Israeli-managed oil tanker off the coast of Oman. The Iranian government has denied responsibility, but the British government has warned Tehran that it is coordinating with allies on a “coordinated response to this unacceptable attack.”

Not my king’: anti-monarchist arrests spark criticism in Britain