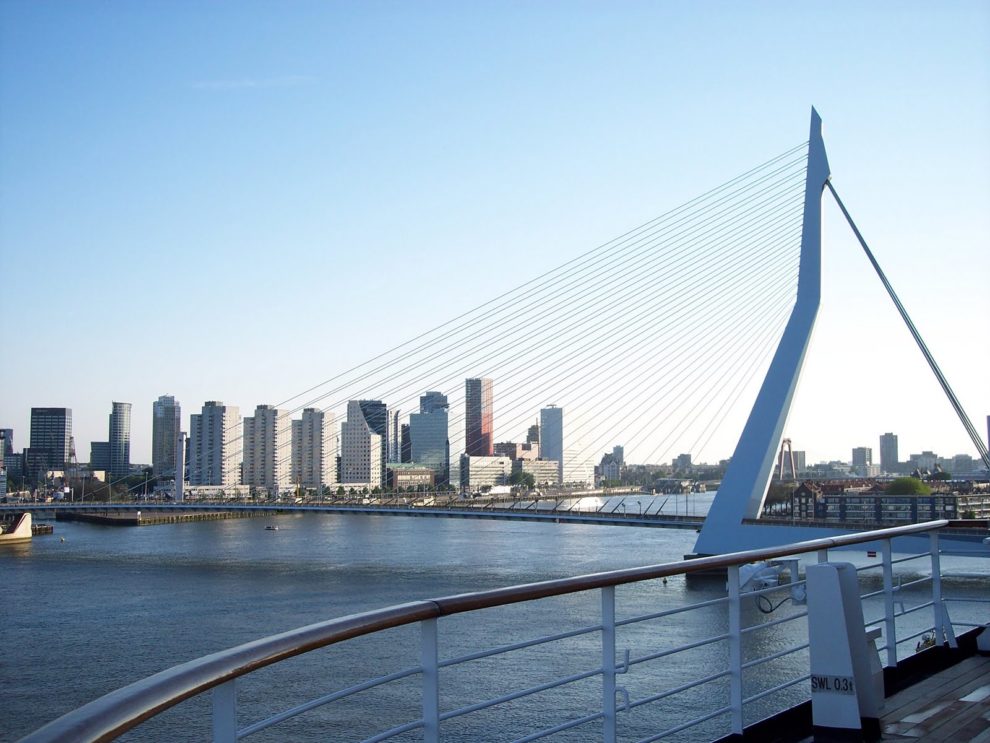 The Dutch port city of Rotterdam said Wednesday it would temporarily dismantle an historic bridge to allow a superyacht built for Amazon founder Jeff Bezos to pass.

Bezos’s gigantic, 430-million-euro ($485 million) yacht is too big for the iconic Koningshaven Bridge, which dates from 1878 and was rebuilt after being bombed by the Nazis in 1940 during World War II.

The shipyard building the three-masted mammoth in Alblasserdam, near Rotterdam, has asked the local council to remove the bridge’s central section so it can pass through.

“It’s the only route to the sea,” a spokesman for the mayor of Rotterdam told AFP, adding that billionaire Bezos would foot the bill for the operation.

But the decision has angered some in the Netherlands as the local council promised after a major renovation in 2017 that it would never again dismantle the bridge, known to Rotterdammers as De Hef.

The mayor’s office insisted on the economic benefits and jobs created by the construction of the boat, but promised that the bridge would be rebuilt in its current form.

The middle section of the huge steel-girdered bridge will be removed to give enough clearance for the 40-metre (130-foot) high boat, Dutch media reported.

The process will take a few weeks and is expected to happen this summer.

Bezos, 57, is one of the world’s richest men after transforming online bookseller Amazon into a global shopping giant.

When not travelling by sea on superyachts, he can be found blasting into space on his Blue Origin capsule.