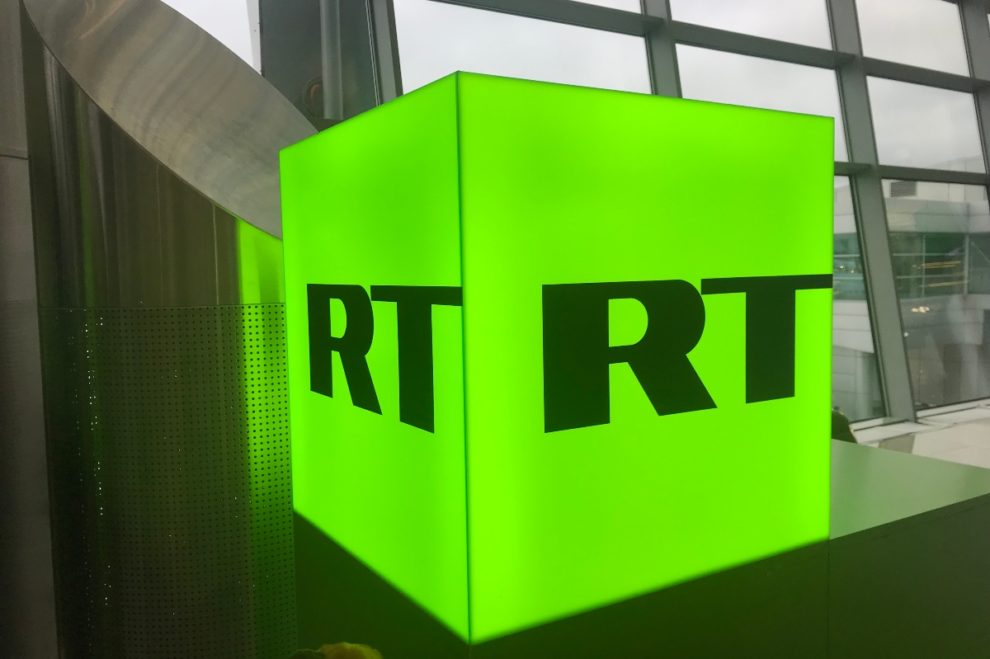 The Kremlin on Wednesday vowed to hinder work of Western media in Russia after a European court upheld a broadcast ban imposed on Russian news channel RT France.

“Of course, we will take similar measures of pressure on Western media that operate in our country,” Kremlin spokesman Dmitry Peskov told reporters.

“We will also not let them work in our country,” he said, describing the Kremlin’s reaction to the ban as “extremely negative.”

“Essentially, RT has been blocked and cannot operate in Europe,” Peskov said. “Europeans are trampling on their own ideals.”

As part of EU sanctions slapped on Moscow over its intervention in Ukraine, the European Court of Justice in Luxembourg issued a judgement throwing out an appeal from state-owned outlet RT against the ban, which the EU imposed in March over accusations that the network spreads disinformation.

Consistently accused of parroting Russian state propaganda, RT has been blocked in most Western countries since President Vladimir Putin sent troops to Ukraine on February 24.

Launched in 2005 as Russia Today, the channel had grown its reach through broadcasts and websites in several languages including English, French, Spanish, German and Arabic.

Many foreign journalists have left Russia and a number of foreign media outlets suspended their operations in the country after authorities in Moscow introduced prison terms of up to 15 years for spreading “fake news” about the Russian army.