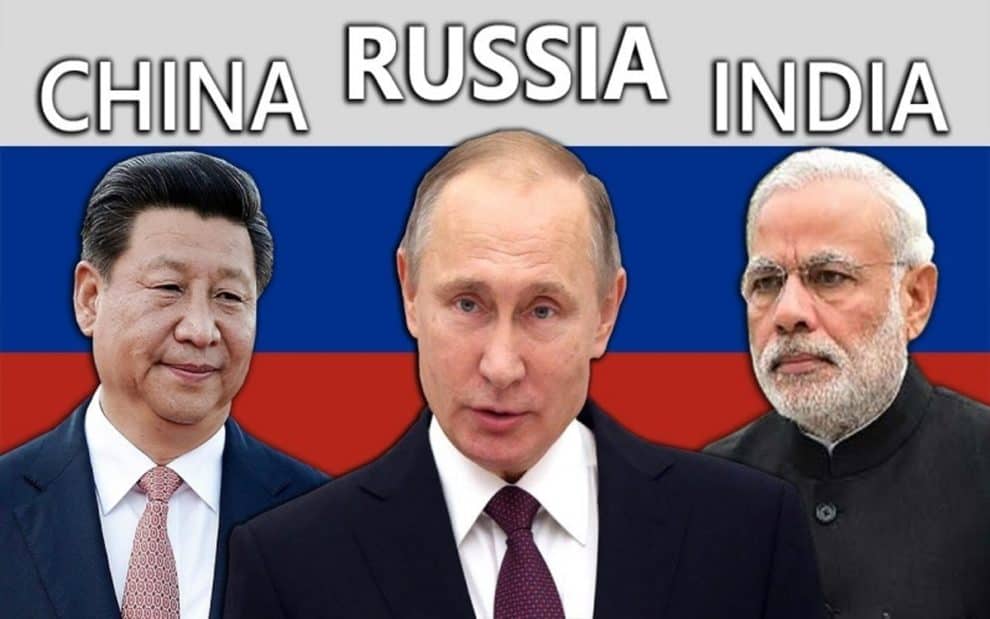 Indian media reported over the weekend that Russia promised Defense Minister Singh that it won’t sell arms to Pakistan out of respect for New Delhi’s security interests, which if true, it wouldn’t matter all that much in terms of the Russian-Pakistani rapprochement since military ties were never a major component thereof but it would definitely be a big deal as regards Russian-Chinese relations since it would raise uncomfortable questions about why Russia continues to sell arms to the South Asian state despite its current tensions with the People’s Republic whose security interests Moscow also supposedly respects.

Another Indian Infowar Attack On Russia?

Indian media caused quite a storm this weekend when it reported that Russia promised Defense Minister Singh that it won’t sell arms to Pakistan out of respect for New Delhi’s security interests. Initially, this prompted some speculation on Pakistani social media about whether their country’s ongoing rapprochement with Russia would continue, but it also raises questions about Russian-Chinese relations if the story turns out to be true. So as not to be misunderstood, its veracity has yet to be confirmed, but it would be in Russia’s best interests to publicly clarify the situation as soon as possible so as to nip the insinuated narratives in the bud if this is really just another infowar attack by India like the two that it previously staged over the summer (background information available here and here). If there’s no truth to these claims, then they’d just be the third infowar attack that India carried out against Russia, which could risk unnecessarily provoking distrust between these decades-long strategic partners like the author explained in his hyperlinked background texts. Should there be some truth to this story, however, then it would actually be a pretty big deal for the reasons that will now be explained.

The Russian-Pakistani Rapprochement Will Continue Apace

For starters, this wouldn’t really be all that big of a deal in terms of the Russian-Pakistani rapprochement since military ties were never a major component thereof. As I wrote in my analysis in mid-May about how “Improved Russian-Pakistani Relations Will Help Moscow Balance The New Bipolarity” and the academic article that I co-authored a few weeks later about “Pakistan’s Role In Russia’s Greater Eurasian Partnership”, the driving force behind their recently reinvigorated ties is Eurasian connectivity (facilitated by a political resolution to the Afghan War) and geopolitical “balancing” (the latter of which Moscow could admittedly articulate a lot better as the author noted in his recent work constructively criticizing Russian grand strategy). Military ties never figured much in this calculus apart from yearly anti-terrorist drills motivated by their shared perception of Afghan-originating regional terrorist threats. In addition, according to the Stockholm International Peace Research Institute’s (SIPRI) report on trends in international arms transfers from 2014-2018, Russia provided 6% of Pakistan’s defense needs, so there’s already low-level cooperation but likely no serious plans for scaling it up.

Due to the zero-sum influence that Chanakya’s philosophical teachings exert on Indian decision-makers nowadays (as explained in more detail in the author’s recent work about how “It Was Inevitable That India Would Seek To Actively ‘Contain’ China”), New Delhi can’t tolerate any improvement of Russian-Pakistani relations because it fears that such a development is aimed against it. That’s not true whatsoever at all since Russia never had any intention of harming India’s security interests by arming Pakistan against it. Furthermore, the Pakistani arms market is incomparably smaller than the Indian one, the latter of which has an impressive $15 billion backlog of orders from Russia, and Islamabad couldn’t transition to using Russian equipment on a large scale in a short amount of time even if both countries wanted this to be the case since most of its wares are from China and the US. It’s the height of paranoia for India to even countenance that the improvement of Russian-Pakistani relations in the connectivity context has any chance of evolving into a Moscow-backed military threat against it, hence why this story says a lot about Indian decision makers’ deep insecurities.

Not only that, but it would also show that Russia has become India’s “junior partner” if the story turns out to be true since Moscow would have presumably been pressured by New Delhi into agreeing to do something that it never intended to do in the first place under threat of having some of its $15 billion in backlog orders scaled back and replaced by its American, “Israeli”, and French arms industry competitors. On the one hand, Russia would have little to lose by agreeing to this since it didn’t have any serious (keyword) plans to sell advanced military equipment to Pakistan anyhow, though flirting with the possibility over the past year might have in hindsight been a tactic to secure more arms deals with India as the author explained last summer in his piece about “Russia, Pakistan, And The ‘Bait Theory’”. On the other hand, however, India would have flexed its diplomatic muscles by pressuring Russia to commit to limiting a particular dimension of its cooperation with a third state, which is the same subordinate position that Moscow wanted to avoid vis-a-vis Beijing and hence why it started “balancing” the People’s Republic with India to begin with.

In the event that the lead-in news event that Indian media reported is true, then it would naturally raise uncomfortable questions about why Russia continues to sell arms to India despite its current tensions with China whose security interests Moscow also supposedly respects (seeing as how the narrative is that Russia promised not to sell such wares to Pakistan out of respect for India’s security interests). The author recently spoke a bit about the complexity of Russian-Indian-Chinese (RIC) relations in a two-part video interview series for Peter Lavelle’s “The Gaggle”, which should be watched in order to obtain a deeper understanding of just how delicate this dimension of Russia’s “balancing” act is. Recently, Russia has been tilting a lot closer to India at what some might regard as China’s (perceived?) expense, as explained in the author’s work last week asking “Is Russia Backtracking On BRI?”, so continuing to sell arms to India despite China’s security interests though declining to sell the same to Pakistan because of India’s security interests actually wouldn’t be all that surprising. Still, it would risk being a self-inflicted destabilization of its delicate “balancing” act within RIC if true.

Russia would do well to clarify whether Indian media reports about it agreeing to New Delhi’s request not to sell arms to Pakistan are true since not doing so prompts confusion and speculation about its grand strategic intentions. In the event that Russia confirms that this did indeed happen, then it must urgently articulate the details of its “balancing” act both in general and specifically in regards to India and China. After all, Russia continues to sell arms to the former which are being used to help “contain” the latter despite the People’s Republic feeling understandably uncomfortable about the behavior of its Eurasian strategic partnership in this respect. Like the author wrote last November, “Improved Russian-Indian Ties Must Be Balanced With Improved Russian-Chinese Ones”, though they’d be unbalanced if Russia declines selling arms to Pakistan out of respect for India’s security interests yet still sells them to India despite its supposed respect of China’s interests. Should it want to, Russia will get the chance to “recalibrate” its “balancing” act later this year when President Putin travels to India and China to meet with their leaders, which couldn’t happen at a more sensitive time for RIC.