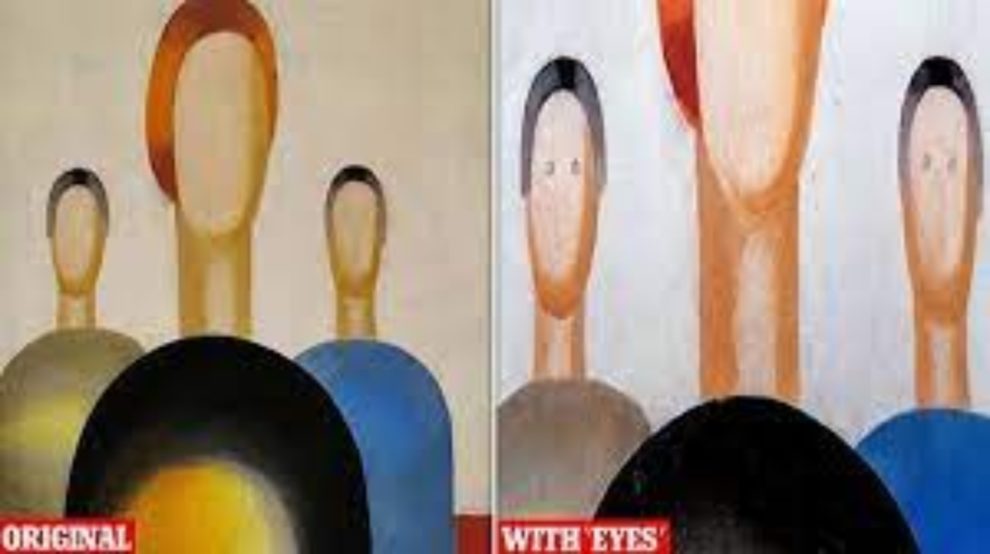 A Russian gallery has said one of its security guards was implicated in vandalising a 20th century avant-garde artwork, after he drew eyes onto figures of an abstract painting with a pen.

In December, a painting by Anna Leporskaya — a student of legendary artist Kazimir Malevich — was found defaced while on display at the Yeltsin Centre in Yekaterinburg.

The 1930s painting “Three Figures” — insured for 75 million rubles or $1 million — had eyes drawn onto two of its faceless figures using a ballpoint pen.

At a meeting on the incident on Monday, the Yeltsin Centre’s acting director Alexander Drozdov said they were drawn by “an employee of a private security company with which we have a contract.”

He added that the insurance company and the head of Moscow’s Tretyakov Gallery that loaned the paining to the Yeltsin Centre were “immediately” informed of the situation.

The painting was taken down and returned to Moscow. It has now been fully restored.

Anna Reshetkina, who organised the Monday meeting, told news website Ura.ru that this was the guard’s first day on the job.

“His aim is unknown,” she said, adding that the culprit used a Yeltsin Centre branded pen.

In an earlier statement, the Yelstin Centre denied its employees were involved.

The gallery initially reported the incident in late December but police refused to launch a probe, dismissing the damage — estimated at 250,000 rubles ($3,300) — as “insignificant”.

But after Russia’s culture ministry lodged a complaint with state prosecutors over the inaction, Yekaterinburg police launched a “vandalism” case.

While the identity of the security guard has not been revealed, he has been questioned by local police.

He faces a fine or up to three months of arrest.

The Yeltsin Centre is named after Russia’s first president Boris Yeltsin, who was in office from 1991 until 1999.

Men and boys among alleged victims of rape by Russia’s soldiers in Ukraine: REPORT