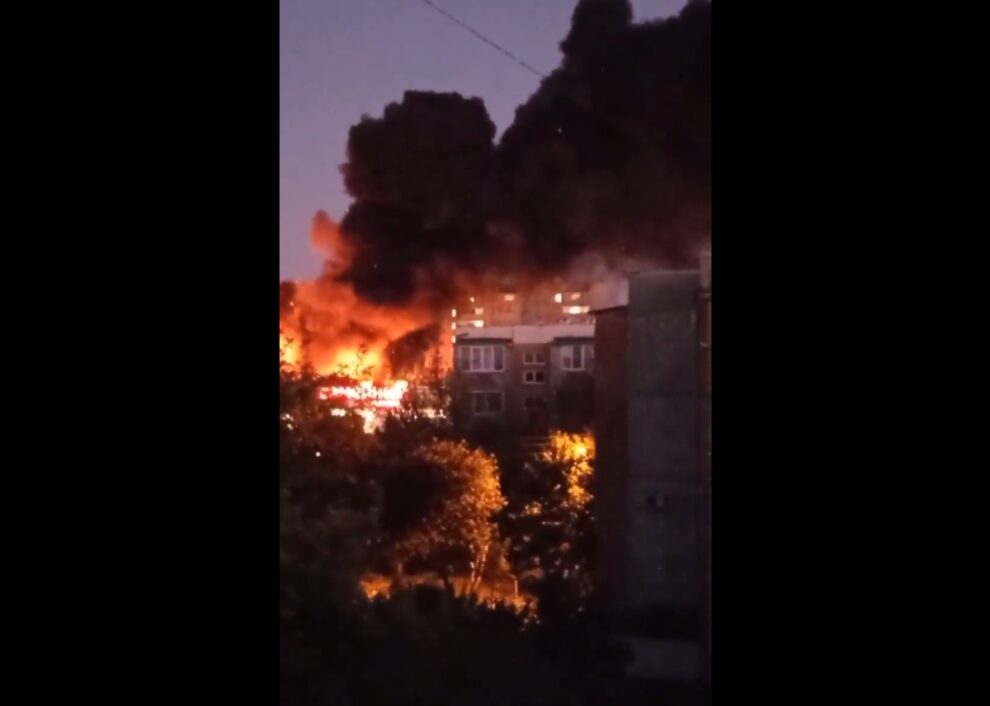 A Russian military plane crashed on Monday into a residential area in Yeysk, a town in southwestern Russia near the border with Ukraine, Russian news agencies reported, quoting the defence ministry.

“On October 17, 2022, while taking off to carry out a training flight from the military airfield of the Southern Military District, a Su-34 aircraft crashed,” the ministry said.

Its statement said the military jet had malfunctioned after “one of its the engines caught fire during take-off”.

“At the site of the Sukhoi Su-34 crash, in the courtyard of a residential area, the aircraft’s fuel caught fire,” the ministry said, shortly after images on social media showed buildings engulfed by flames.

The fire reached five out of nine floors of a residential building, according to emergency services, quoted by Russian state-run agencies.

The regional governor, Veniamin Kondratyev, said on Telegram that “all fire and rescue units in the region are working on extinguishing the fire”.

Yeysk town is on the Tangarog Gulf on the Sea of Azov, across from the Ukrainian city of Mariupol, which is under Russian control.