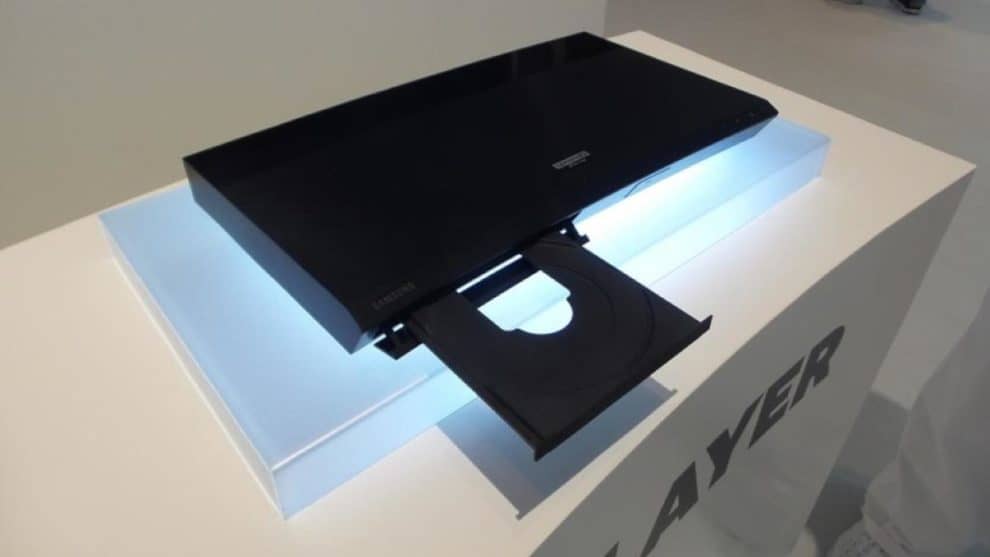 According to the latest reports, many Samsung users have taken to various social media platforms, complaining that their Blu-ray players have stopped working, as they’re stuck in an endless boot loop. Apart from that, other users also complained about experiencing a buzzing noise, which looks as if the player is trying to read a disk.

In the last few days, a lot of Samsung users have complained about their Blu-ray players, which suddenly stopped working for them.

So far, it’s still uncertain how many devices have been affected by the issue. However, several complaints pointed out that the Samsung Blu-ray players are either stuck in a start-up cycle loop or producing disc-buzzing noises, even when there is no disc inserted.

While the cause of the issue isn’t yet clear, a lot of users have suggested that the issue is software-related. Let’s have a quick look at some of the users’ complaints so far below:

According to a user on Reddit, the Samsung Blu-ray player keeps getting stuck for him in an endless reboot. The user further added that Samsung might be rolling out a software update pretty soon.

Here’s what the Samsung user posted, concerning his Blu-ray player that stopped working below:

“I had been using a Samsung DVD player (BD-J5700), connected to Netflix, to watch Avatar: The Last Airbender all week. Then tonight, upon turning on the system, it got stuck in an infinite reboot…”
“…I called tech support, and it sounded like they might try to push a software update within a few days that will fix the problem.”

According to another user, he has two BD-J5700 Blu-ray players and they’re both stuck in a start-up cycle loop.

“I’m having the same issue with two BD-J5700 blu Ray players. I noticed it on one last night. I replaced it with an identical spare model this morning. The display looked normal at first, but it asked me to do an online software update.”

Although many users suggested that the issue is software-related, a few others have also suggested that it’s an important SSL certificate that has expired.

Here’s what a Twitter/Samsung user posted about the issue, which has stopped many Blu-ray players from working.

“Knowing nothing about the devices or the cause, this sounds a lot like an expired SSL certificate that was shipped in old firmware that nobody bothered to build update for.”

So far, there’s no fix yet for the issue, which has caused many Samsung Blu-ray players to stop working. However, one of the Samsung Community managers has acknowledged that they are already aware of the issue. He further assured that the team in charge are already working a fix. 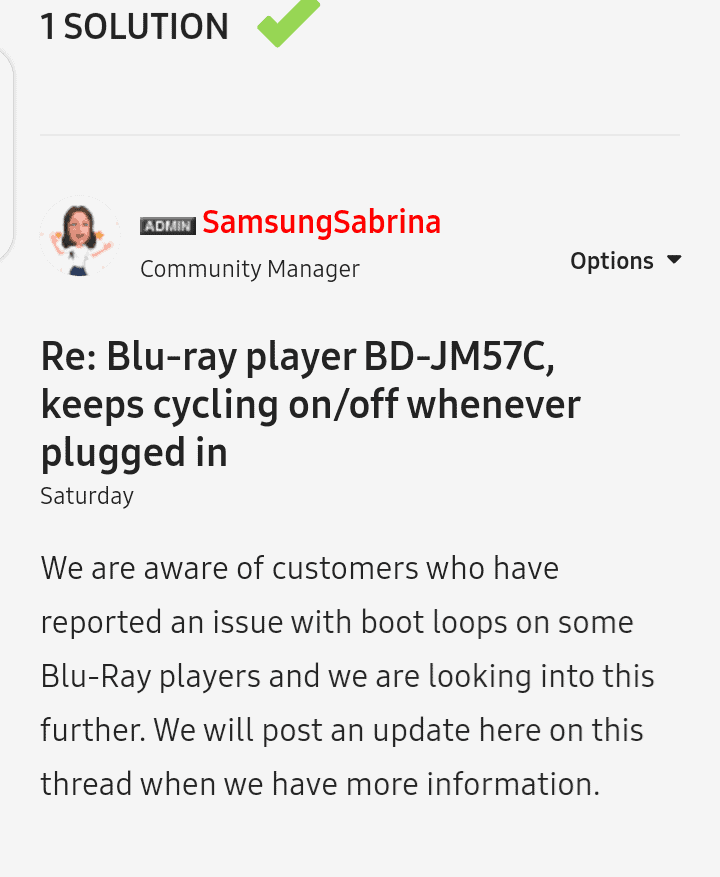 So, if you’re experiencing boot loop issue, you might have to wait for Samsung to roll out a new update. That should come sooner than later since a lot of users are experiencing the issue.