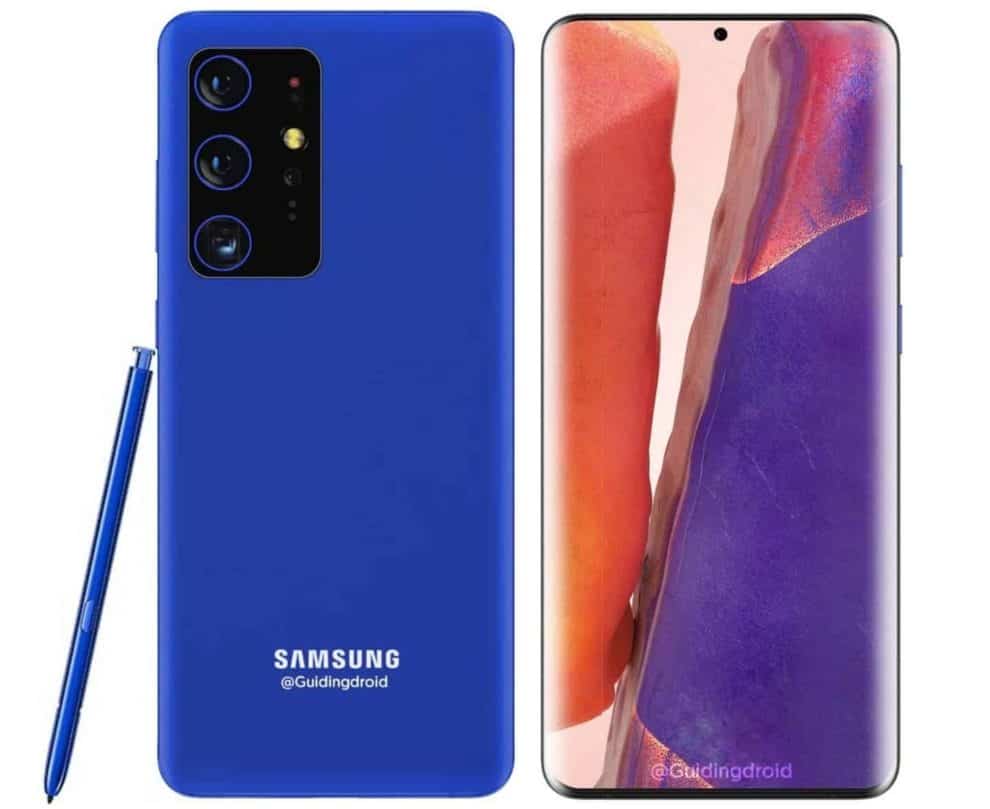 Samsung released its 2020 flagship smartphones, the Galaxy S20 series, in March 2020. It’s been about six months now since the devices went on sale. With that, it means we are getting closer to the arrival of its successor, the Galaxy S21 series. According to the latest development, renders of one of the Samsung Galaxy S21 models are now available on the internet.

All thanks to @Guidingdroid, who created the renders of one of the models of the upcoming Samsung Galaxy S21 series, we now have an idea of how the device will look. Recall that for the past few days, we’ve been hearing rumors, suggesting that the just-released Galaxy Note 20 series will mark the end of the Note line. Instead, the upcoming Galaxy S series will come with an S Pen, which is a key feature of the Note line.

As mentioned earlier, we have now seen some leaks regarding the upcoming devices. Apart from the Samsung Galaxy S21 renders, we have also seen some information about the Galaxy S21 series. There is now information regarding the Galaxy S21 and Galaxy S21+ device in the database of the Chinese regulator 3C. However, only the details of their battery specs are available at the moment. Speaking of the battery specifications, it was noted that a smartphone, with model number SM-G996 likely to be the Galaxy S21+, will come with a capacity of 4660 mAh and labeled as EB-BG996ABY. As for the second model, SM-G991 likely to be the Galaxy S21, it’ll come with a capacity of 3880 mAh. It’ll also come, labeled as EB-BG991ABY.

Furthermore, the leak also revealed that Samsung would not produce the two batteries. Instead, they’ll come from Ningde Amperex Technology Limited, a Chinese company.