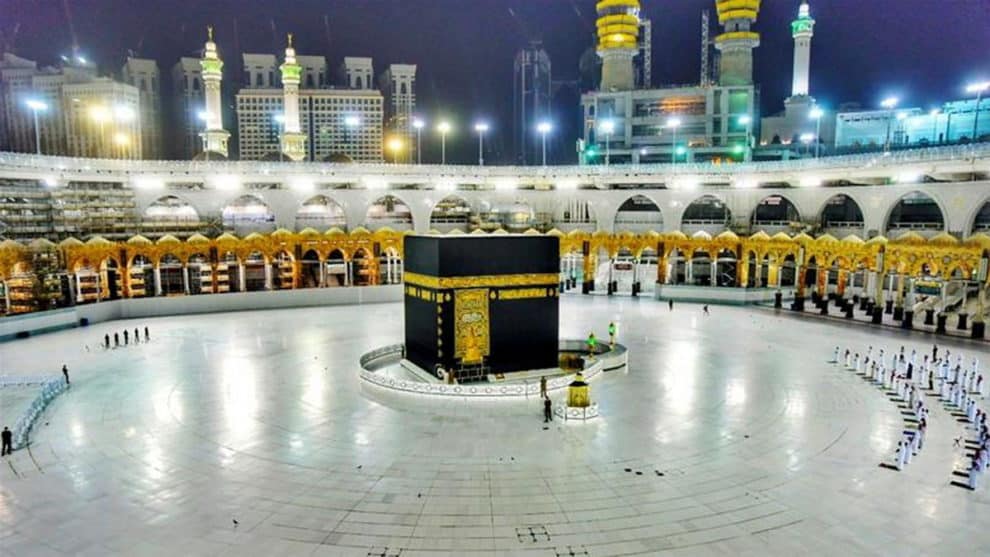 LATEST UPDATE: According to an official announcement from the Saudi government, Hajj 2020 will only be open to a limited number of pilgrims of different nationalities who are already living in the Kingdom. There will be no pilgrims from outside Saudi Arabia this year.

Here is the Statement from Saudi Arabia authorities on Hajj:

With the sudden outbreak of coronavirus pandemic, a lot of events across the world have been canceled, while others suspended for a while. According to reports, Saudi Arabia is considering canceling this year’s Hajj Pilgrimage because of fear of the deadly virus. That’s because the Hajj event, which is one of the largest religious gatherings in the world, pulls up to 2 million people across the world to the country yearly. And there’s almost no way social distancing measures can work out for people who might be interested in visiting the holy city of Mecca, during this period of time.

Hajj Pilgrimage: Here’s What You Need To Know About It

In case you don’t have an idea of what the Hajj event is all about, here’s a quick explanation of it. The event, which usually involves Muslims traveling to the holy city of Mecca in Saudi Arabia, is an annual ritual for all the faithful. Depending on the lunar Islamic calendar, Hajj usually lasts up to 5 or 6 days.

According to Islam, the annual Islamic pilgrimage to Mecca is a mandatory religious duty that must be performed at least once in a lifetime by all adult Muslims. While it’s compulsory, it’s only for those who are financially and physically capable of embarking on the journey.

Shortly after the postponement of major events due to the sudden and rapid spread of coronavirus, there have been lots of pressures directly to the Saudi Arabia officials, and they keep pointing towards the canceling of the annual Hajj Pilgrimage, slated to hold between July 29 to Aug. 4 of this year.

According to a senior official from the Saudi Ministry of Hajj and Umrah, the authorities are still considering different scenarios and will come up with a decision on Hajj in the coming days.

According to the latest reports, Saudi Arabia on Sunday has ended its nationwide coronavirus curfew. Apart from that, it has also put an end to the restrictions on most businesses, including cinemas, hair salons, and many more. Also, about 75% of the country’s public employees have started resuming back at their different places of work.

Despite all of these, the spokespersons for the Health and Labour Ministries, have warned that:

“The return to normal life does not mean the disappearance of the virus.”

On Sunday, when the country made the announcement to end coronavirus curfew, the country’s total cases of the virus rose to 157,612, with over 1,267 death tolls. Furthermore, the spokesperson also mentioned that they’ll apply continuous evaluation and special measures against people who do not comply with the preventive protocols against the virus.

With a few days to this year’s Hajj, the country has been able to reopen 1,500 mosques in the holy city of Mecca, for people to observe their prayers. While that sounds like good news, the ban on international flights, social gatherings of more than 50 people, and religious pilgrimage is still on hold.

The Kingdom has previously hinted about canceling this year’s Hajj pilgrimage in the holy city of Mecca. That’s to prevent the spread of coronavirus to the holiest city of the Islam believers.

So far, there’s still no official announcement by Saudi Arabia on the canceling of the Hajj. However, officials have urged all faithful to delay the annual preparation for this year’s pilgrimage.