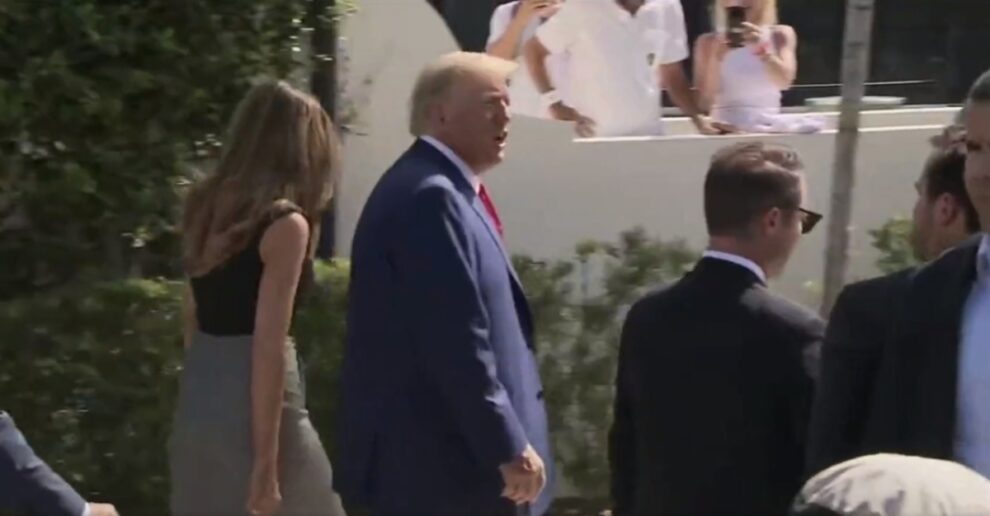 A Saudi real estate firm has partnered with the Trump Organisation on a $4 billion golf and real estate development project in neighbouring Oman, according to a stock market filing published Sunday.

The deal involving the Dar Al Arkan Global Company, a subsidiary of Dar Al Arkan Real Estate Development Company, comes amid heightened tensions between the Saudi government and the administration of US President Joe Biden, who has a less cosy relationship with Saudi leaders than former president Donald Trump did.

The project includes “Trump residential villas, a hotel, and a golf course”, according to the filing, adding that it will be “developed over 10 years on an area of 3.5 million square meters”.

It “is being developed with the support of the Omani Company for Development and Tourism (Omran), the executive arm of the Sultanate of Oman for tourism development,” the filing said.

Trump, who announced last week he is running for another term as president in 2024, began his first foreign trip in Saudi Arabia after taking office in 2017.

The following year he refused to condemn Saudi crown prince and de facto ruler Mohammed bin Salman over the killing of journalist Jamal Khashoggi in the kingdom’s Istanbul consulate.

Washington and Riyadh are currently at odds over the OPEC+ oil cartel’s decision last month to cut production by two million barrels per day, a move the White House has blasted as akin to “aligning with Russia” in the Ukraine war.

Former top officials in the Trump administration, meanwhile, have maintained close ties with the Saudis.

Last week, a US congressional committee report said Saudi Arabia and the United Arab Emirates spent hundreds of thousands of dollars at a Trump-owned hotel in Washington while Trump was in office.

Representative Carolyn Maloney, a Democrat from New York who chairs the committee, said the disclosures “sharply call into question the extent to which President Trump was guided by his personal financial interest while in office rather than the best interests of the American people.”