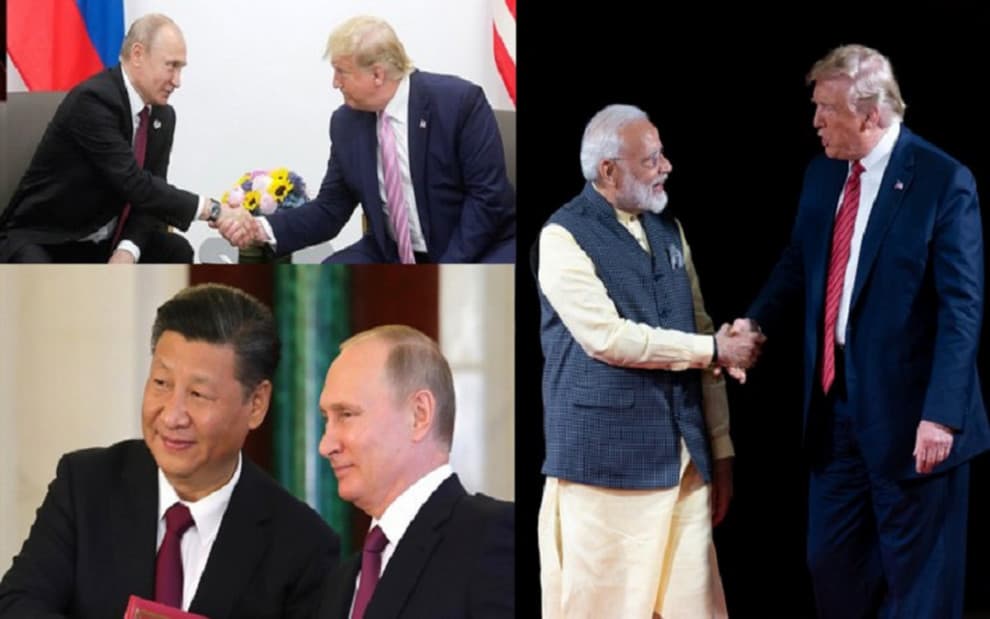 According to the Schiller Institute, the only way for mankind to survive and prosper is to demand a four-power summit that lets the superpowers cooperate and find a solution for the future. The coming economic reset, which beholds the Fourth Industrial Revolution, includes gene-editing biotech, 5G telecommunications, Artificial Intelligence, and the like, and will affect every country, every nation, and every human on the planet.

The world is facing two viruses: COVID-19, which I am not going to argue about in this article, and the economic virus. Furthermore, the Western world, which is referred to as the British Empire (BE) by the Schiller Institute but I like to call them the elites, are the one percent and members of the deep state or shadow government. They’re presently conducting a new Maidan-like coup in the US, implemented and paid for by the BE, resulting in what they call Black Lives Matter. The coup is merely performed against the Trump Administration or Trump himself, a man who shouldn’t be president according to the BE. His election was an unforeseen mistake in their opinion.

Recently an article written by President Putin of Russia emphasized the same point, namely that if the world wants to overcome these viruses, the four powers of China, the USA, India, and Russia should unite and come up with solutions to “save“ the world from further destruction and wars. They should also destroy the colonization projects from the British Empire and ultimately destroy the BE itself to let Europe prosper without the need for the BE. Europe is a continent that fell for this colonial imperialistic system for many centuries, dictated by the old nobility of Europe, nobles like the Venetian Bankers family de Medici, which is still implemented through the City of London, Wall Street, and in the early days, the VOC. Europe, and for that matter the USA (which consists of largely European immigrants), are stuck in their colonial dreams from the nobility and forgot about their own people.

The European nobility or BE betrayed the world three times and ignited the first World War, the so-called “peace“ of the Versailles Treaty, where the seeds for the Second World War were sown. Hitler was financed by the BE and invaded Poland under a “false” pretext after a so-called non-aggression-pact between Russia and Germany. Germany was to cancel the pact and started the Second World War with help from the BE.

Similarities can be seen today. The Munich-conference of 2007, where President Putin delivered his famous speech, was the trigger for the hybrid Third World War that’s been unfolding since then. Not the way it was back then in 1939, but a Hybrid War, with all the modern technology of cyber attacks, internet propaganda, and social media. There have also been some physical conflicts too such as the destruction of Libya, Afghanistan, Iraq, and Syria, as well as the occupation of Palestine, the attempted coup in Venezuela, and the real coup in Ukraine, which are part of this too. The BE has an agenda in so-called Color Revolutions, and high on the agenda is Belarus, a country close to Russia. Recently I found out that the Dutch Embassy is sponsoring a Color Revolution in Belarus. Also, Mexico and Iran are on the target list too. The recent cancellation by the British Empire of the INF treaty signed by Gorbachev and Reagan after the end of the Soviet Union and Cold War is worrisome and part of the Hybrid War. Because of all this, never was mankind so close to the brink of an atomic war, maybe even more so nowadays than during the Cold War. The expansion of NATO is another sign of a coming war too.

China is also facing massive propaganda and Hybrid War from the British Empire in the form of the trade war and accusations that the so-called “Wuhan“ virus (COVID-19) was created in a laboratory in Wuhan, China. There are also economic sanctions, which the BE has implemented in 137 countries throughout the world. Recently some skirmishes broke out at the Chinese-Indian border, again an implication of the Hybrid War. According to the Chinese government, it was propaganda. Hong Kong, once occupied by the BE, has been facing a Color Revolution for many months now. The BE also promised their Color Revolution subjects a BE passport.

The solution, according to the Schiller Institute and therefore the view of the four-power countries is:

* A universal healthcare system for all

* Return to the Bretton Wood System

* The US should return to Franklin Roosevelt ideas

* A new form of statecraft

* Let humans not be dependent on big corporations

* Destroy the BE so that people are truly free