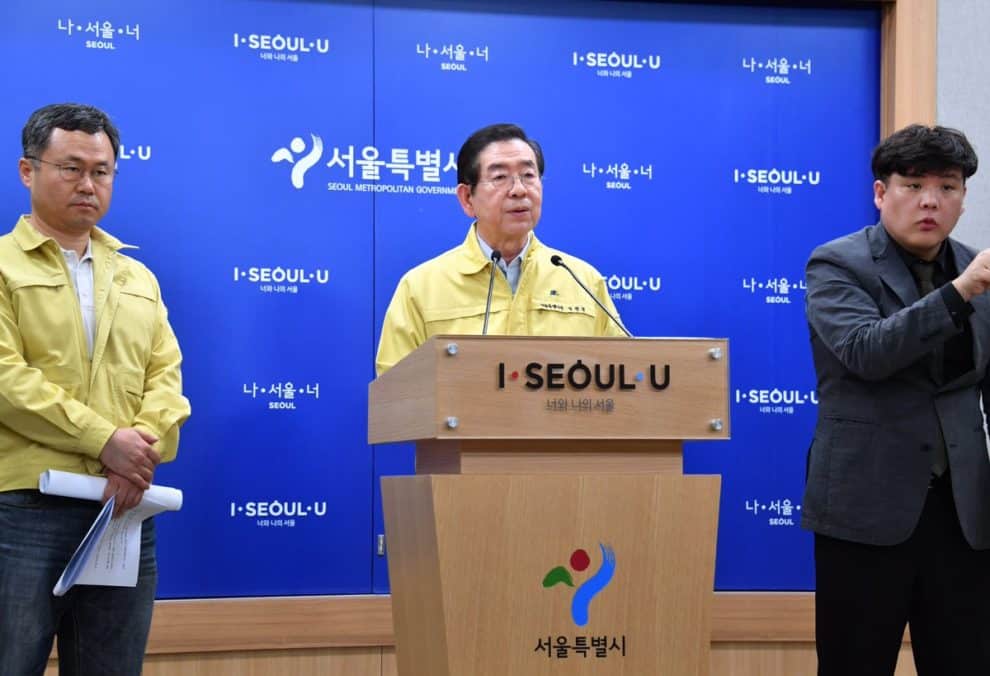 The Seoul Police found mayor’s dead body at Mt Bugak in northern Seoul, near where his phone signal was last detected during a late-night search, Yonhap reports.

Earlier reports say, Seoul Mayor Park Won-soon reportedly made a phone call near Gilsang Temple in Seongbuk-gu before his daughter filed a police report. Some local media reported he’s found dead, but police at that time said all the reports were false.

“He had left home four to five hours ago after leaving words like a will, with his phone currently off,” read the report filed by Parks’ daughter.

A public activist and human rights lawyer, Park was named as Seoul mayor in 2011 and became the city’s first-ever mayor to be voted into a 3rd term in June last year.

Seoul Mayor Park Won-soon was viewed as a potential candidate for the 2022 presidential election.