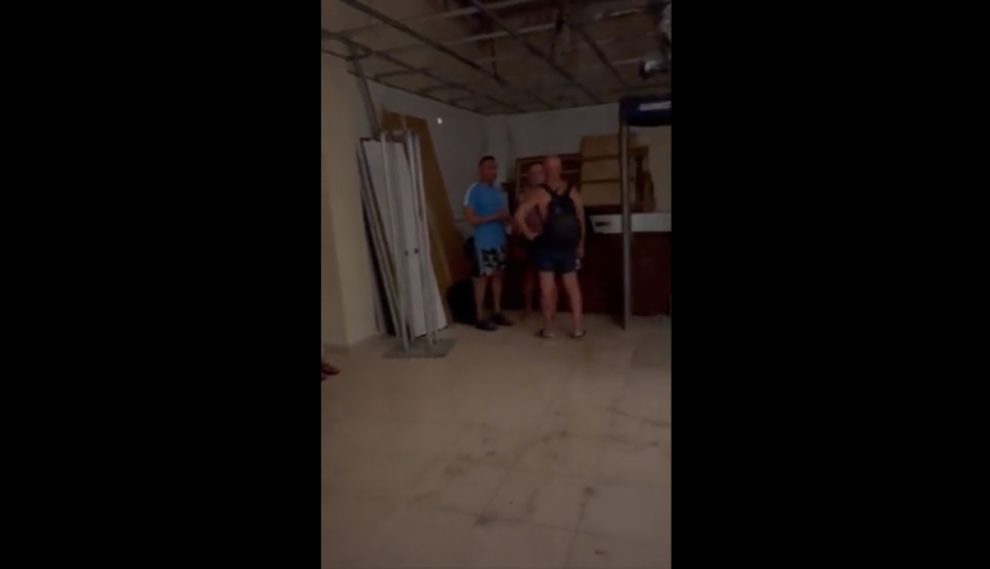 There were initial reports of active shooter at Hyatt Ziva Riviera hotel. Guests at the hotel in Cancun, Mexico which is popular with American tourists, were told to stay put by hotel staff after reports of gunmen near the hotel.

Guests at a five-star resort in Cancun, Mexico, are currently taking cover amid reports of a “active shooter” scenario, with witnesses reporting hearing the sound of a “machine gun.”

According to reports from Mexico, paramedics have arrived at the scene, but no information on casualties has been released.

Terrified hotel guests have tweeted about being told to “duck” and seek shelter in hidden locations with hotel employees while they await word on what’s going on outside.

The US embassy in Mexico said on Thursday that consulate officials were looking into social media reports of shots fired at a hotel in Cancun’s beach resort.

Several law enforcement agencies have arrived on the scene to help with the incident.

Former NBC executive Mike Sington, who was staying at the resort at the time said that he began hiding around 4 p.m. EST.

Later, Sington wrote that there was a shooter on the Riviera Maya property and that employees were hugging each other.

“Active shooter at Hyatt Ziva Riviera Cancun Resort. All guests confined to lobby now. Hotel staff huddled together in corner. Still no announcement or update from hotel, Hyatt, or police. Several guests have now told be they saw gunman come up from the beach, actively shooting,” Sington wrote in a tweet.

All guests and employees told to duck, and we’re all taken to hiding places at Hyatt Ziva Riviera Cancun Resort. Active shooter? Terrorist or kidnapping threat? They’re not telling us anything. pic.twitter.com/Hf7SRzRJIZ

Still hiding in a dark room deep in the hotel. Other guests told me they heard gunfire. Resort is secluded, was told gunman came up from the beach. Hotel employees hugging each other. pic.twitter.com/7Vv16Y7Zts

UPDATE: According to latest reports, one suspect has been apprehended.