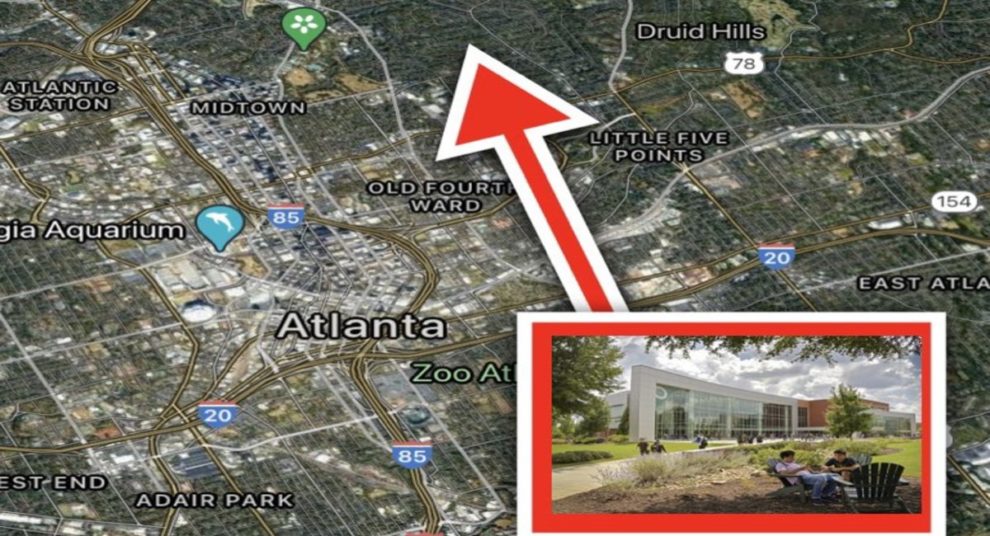 Georgia Gwinnett College is under a lockdown due to a shooting nearby the campus, according to the Gwinnett County Police Department.

Teachers and students of Georgia Gwinnett College are being told to barricade doors.

“Violent threat on GGC campus,” an alert on the college’s website, the same as one sent by a text message to the campus community, states. “Find safe area, LOCK and BARRICADE doors. If near a building ENTER. Police responding. Updates to follow. Employees report your status to your supervisor.”

The Gwinnett County Police Department is probing a shooting near the campus. According to reports, at least one person was shot dead in front of an apartment building.

The shooting occurred near the campus at Sugar Mill Apartments, located at 855 Walther Boulevard. According to school officials, the suspect is described as a black male in a white t-shirt and dirty sweatpants.

At 10:42 a.m., the campus was first informed through a public safety warning about the “violent threat”.

UPDATE: According to officials, Gwinnett police finished searching the area and did not find any potential suspects. With an increased police presence on campus as a precaution, students and faculty were cleared to go back to the campus. Around 11:30 am, the lockdown was eased.