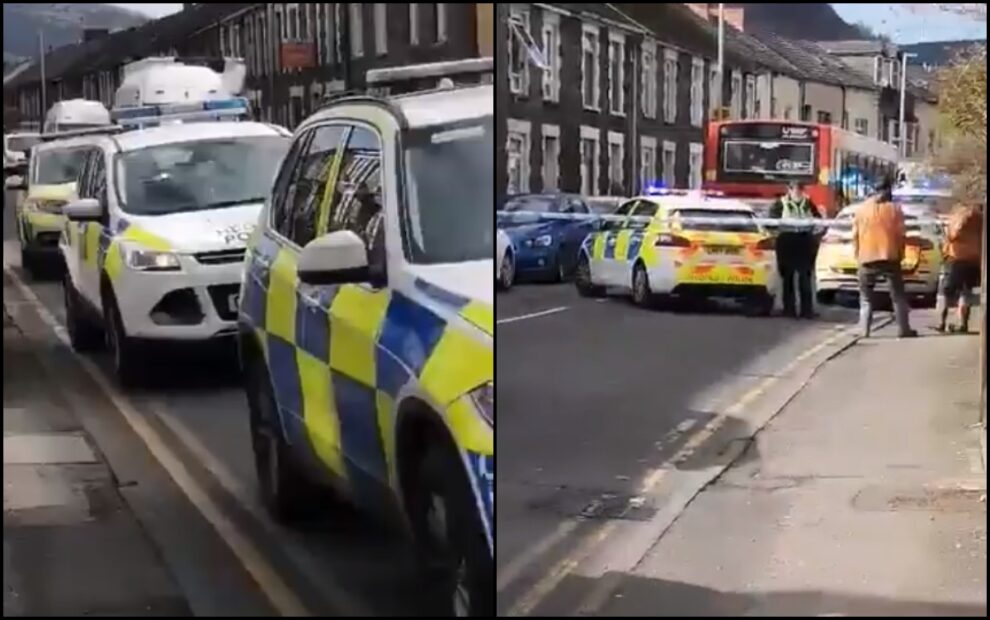 One feared dead and multiple injuries after the knifeman’s mass stabbing attack in Chinese takeaway in Ynswen near Treorchy, Wales, according to The Sun.

According to the South Wales Police, they are responding to a “serious incident” which occurred in Treorchy at midday on Friday.

Eyewitnesses told the village restaurant was ‘covered in blood’ and more than 30 emergency vehicles were at the scene after a family feud erupted.

The officers advised the public to “refrain from posting speculation about the incident”.

People could hear screams coming from the Blue Sky Chinese takeaway shortly after midday in the village of Ynyswen, Rhondda, South Wales.

Statement from an eyewitness

Neighbour John Belgrove 46, said: “I was in my workshop when I heard sirens and saw police everywhere.”

“There was a Chinese girl sitting on a pavement – she was in her pyjamas and they were covered in blood. I could see she was sobbing and in a terrible state.”

“I helped the police block off the road, I heard them say that one person was dead and several others badly hurt.”

The victims were shifted to the hospital by air ambulance after the incident. Police confirmed it was a multiple stabbing incident.

Rhondda MP Chris Bryant said he has been informed that the incident in Ynyswen is a major incident.

There are a number of casualties in Treorchy this afternoon as @swpolice deal with a “serious incident”.

Officers were called to Baglan Street at 12pm and are telling people to avoid the area.

According to builder Mr. Belgrove, the casualties were Chinese and had worked at the takeaway in Baglan Street. It was sealed off by police for the past three years.

He said: “The restaurant owners haven’t been there very long – they did a swap with another Chinese restaurant nearby called Yummy Yummy.”

The Welsh Ambulance Trust confirmed they sent one rapid response vehicle, three emergency ambulances, and the air ambulance to the scene. But they couldn’t confirm how many casualties were taken to hospital.

A white forensic tent has been placed at the scene this afternoon which is cordoned off by police.