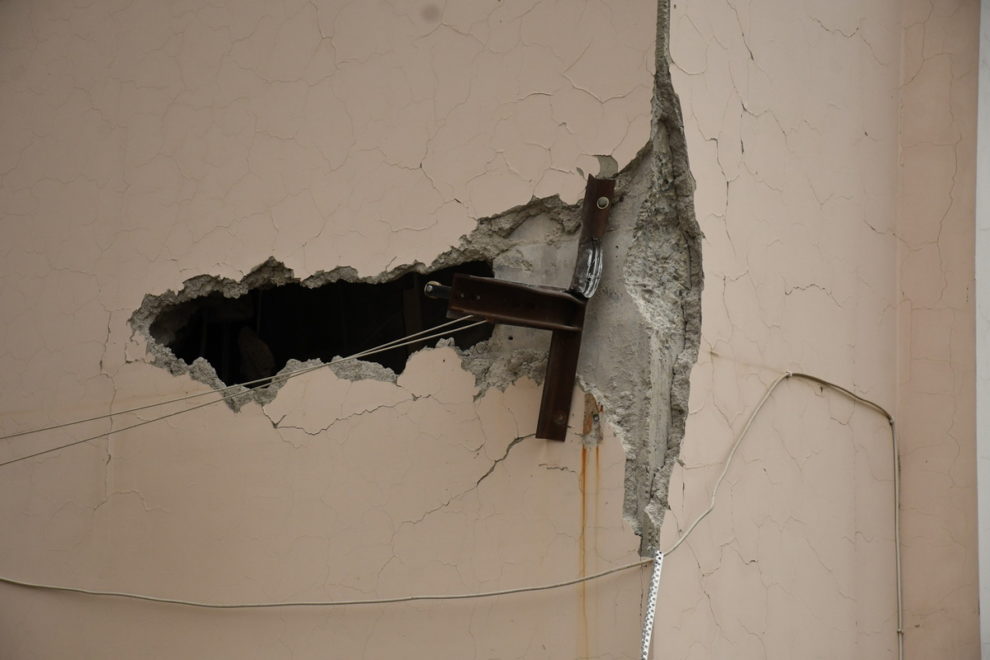 The latest reports from Stepanakert indicate that loud explosions and air raid sirens are being heard in the entire length of the Artsakh frontline. It appears that Stepanakert is under attack by a heavy weapon from Azerbaijan. Reports indicate that this might be the heaviest strike at the Stepanakert region so far.

URGENT – The Capital of Nagorno Karabakh, #Stepanakert is under heavy artillery shelling by #Azerbaijan|i forces.

Sirens sounds across the city due to heavy explosions. No reports of casualties at the moment. #OSINT #Military #NagornoKarabakh pic.twitter.com/yitaIIe9oi

There is also artillery fire going on at the entire length of the Artsakh frontline. Azerbaijan has struck three times with heavy rockets. The rockets have also destroyed residential buildings. The airstrike began on Khankendi, the so-called capital of Nagorno-Karabakh. As soon as the airstrike began, sirens started ringing in the region.

SIREN VIDEO FROM #Stepanakert — Its currently under attack

Earlier today,  Armenia has put its national army units on a full combat alert. This proclamation was given due to heavy shelling at Nagorno-Karabakh from Azerbaijan.  Yerevan had ordered the Armenian forces to stay on full combat alert mode after the violence intensified.  A few hours ago, authorities reported that Stepanakert has been enduring heavy artillery strikes resulting in a considerable amount of people being injured.

Stepanakert is a city of 55’000 citizens, the city is located in the middle of the heavily disputed border region. Armenian authorities reported that the continuous shelling and firing have injured a number of people in the region in addition to damaging infrastructure.  This report was followed by an order to put the national military on the highest level of combat readiness to combat any future threats.
“The units have prepared to accept personnel and hardware. The process of raising their strength to full levels is underway,”  the ministry said in a statement. “All units of the Armenian armed forces have been deployed to defensive positions.”

Stepanakert has unilaterally split from Azerbaijan almost three decades ago. This split ensued a bloody war in the region backed by Yerevan’s support. Yerevan is a predominantly ethnic Armenian population there. Baku also acknowledges Nagorno-Karabakh and other areas under the occupation of its de facto authorities to be occupied by Armenia.

Stepanakert under attack from Azerbaijan

The ongoing hostilities began on the eve last Sunday, with both sides pointing fingers at each other for setting off the surge of violence. After the fighting broke out, Armenia responded by announcing full mobilization to combat threats of violence. The very next day, Azerbaijan implemented a partial call up. Despite pressure from international actors to suspend violence, both states have continued to exhibit violence against each other.

There is no hunting like the hunting of man, and those who have hunted armed men long enough and liked it, never care for anything else thereafter. Never think that war, no matter how necessary, nor how justified, is not a crime. -Ernest Hemingway

A user recently tweeted, “As a result of #Azerbaijan‘s shelling of #Stepanakert State Service of Emergency Situations and civilian infrastructures were damaged. There are also wounded among civilian population.”