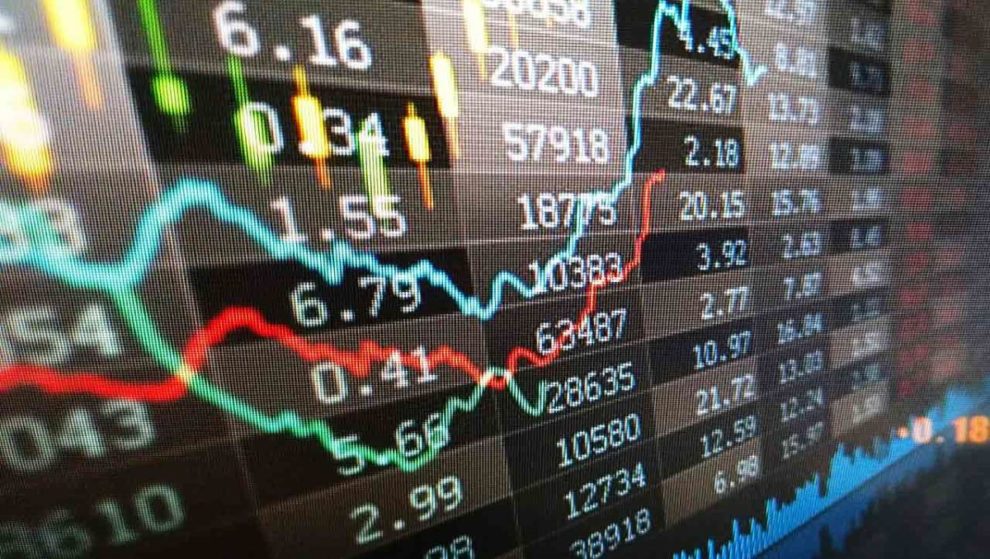 Equities rose Thursday following a recent sharp drop, though recession fears continue to cast a shadow over markets with the euro stuck around 20-year lows and crude struggling to bounce back from this week’s hefty selling.

London’s FTSE rose more than one percent and the pound was slightly higher as traders kept an eye on events in Westminster where Boris Johnson was said to have decided to step down as leader of the ruling Conservative Party.

UK stocks were up more than one percent in early trade, while sterling rose towards $1.20, though the currency remains under pressure from an ongoing economic crisis.

Expectations for a contraction in some of the world’s leading economies have increased in recent weeks owing to central bank interest rate hikes aimed at taming decades-high inflation, while a new Covid flare-up in China has added to the angst.

The surge in inflation has been caused by soaring energy costs and rising post-lockdown demand, but observers said concerns about a contraction — along with signs that consumers were being put off by high prices — were weighing on the oil market.

Both main contracts fluctuated Thursday but have fallen about 10 percent this month, dipping below $100 for the first time since April.

Data on Wednesday showed US demand appeared to be waning as stockpiles rose, confounding expectations for a drop, while there are also some concerns that the China outbreaks — including another spike in Shanghai — could see major cities put into lockdown again.

“The fears may not end but could get brushed aside when supply constraints are back to the fore. The market balance is tight.”

While the drop in prices could temper inflation and give central banks some room to ease up on their rate hike cycle, the Federal Reserve remains on course for several more increases.

On Wednesday, minutes from its June policy meeting indicated officials were set for a second straight three-quarter-point rate hike this month, saying they were worried “inflation pressures had yet to show signs of abating”.

They also noted a need to maintain credibility among Americans, saying there was “a significant risk… that elevated inflation could become entrenched if the public began to question the resolve of the Committee”.

“It was clear from the minutes that the committee members remained highly focused on culling inflation, even if it was at the expense of a sharp economic slowdown,” said Jeffrey Halley at OANDA.

“The minutes touched on the need for credibility and as such, I believe there will be no wimp-out by the (policy board) at the end of this month, as that would achieve exactly the opposite, plus interest.”

And Asia rose thanks to bargain-buying and a pick-up in tech firms following a positive earnings forecast from Samsung Electronics.

Hong Kong edged up, helped by news that the city’s new government had suspended a five-day flight ban on airlines that bring in Covid cases. Cathay Pacific rose more than three percent.

Paris and Frankfurt were on the front foot.

London’s FTSE was given a lift by hopes that a new government will press ahead with economy-boosting measures, though gains were tempered by an expected period of uncertainty in British politics.

Johnson’s reported decision came after dozens of cabinet members — including his finance minister and foreign secretary — stepped down and others called for him to leave, leaving his position untenable.

But he will likely stay on until the autumn as a caretaker prime minister while the ruling Conservative Party selects a new leader.

The Fed’s determination to lift rates has sent the greenback soaring, with the euro particularly hit by the European Central Bank’s much slower response to inflation.

The single currency hit a 20-year low $1.0162 Wednesday, with fears for the eurozone economy rising as it faces a severe energy crunch owing to sanctions on Russia, while there is a possibility Moscow will cut off its gas supplies.

The ECB has said it will start hiking rates this month but analysts said uncertainty remained, as officials had to balance supporting the currency with avoiding a fragmentation, in which members’ borrowing costs diverge too much.

Now there is a growing belief the euro will soon fall to parity.

“I’m getting really worried about the recent speeches that have come out the past couple of days that show that there are a lot of concerns and a lot of disagreement” within the ECB governing council, said Vasileios Gkionakis of Citigroup.

“If the ECB wants to tame inflation and support exchange rates… then it needs to do two things: hike rates and come up with an effective anti-fragmentation mechanism,” he told Bloomberg.