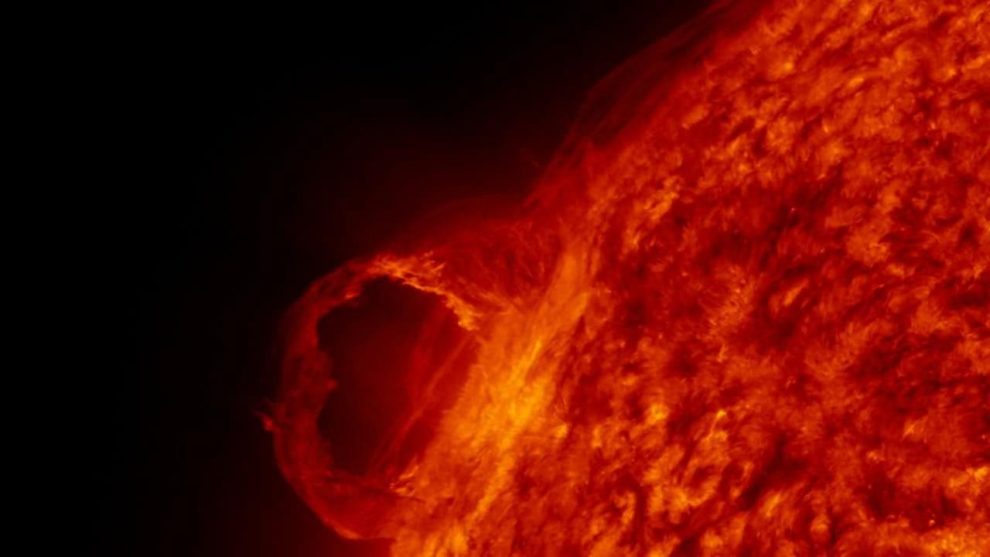 At least 17 solar eruptions from a single sunspot on the sun have blasted into space in recent days, with moderate geomagnetic storms expected to reach Earth by Thursday.

The flares were caused by an overactive sunspot called AR2975, which has been emitting flares since Monday (March 28). According to Space.com, the stellar event may also cause some moderate sky storms on Earth.

Sunspots are eruptions on the sun caused by magnetic lines twisting and abruptly realigning near the visible surface. These explosions are sometimes associated with coronal mass ejections (CMEs), which are streams of charged particles that shoot into space. The Solar and Heliospheric Observatory, as well as NASA’s powerful Solar Dynamics Observatory, captured stunning views of the solar eruptions.

“The eruptions have hurled at least two, possibly three, CMEs toward Earth,” wrote SpaceWeather.com of the event.

According to NASA and the National Oceanic and Atmospheric Administration, the first CME is expected to arrive on Thursday (March 31), with at least one more expected on Friday (April 1), according to the report.

Modeling indicates that the particles could cause G2 or G3 (moderate) geomagnetic storms, though auroras (northern and southern lights) are notoriously difficult to predict.

While this potential storm is only mild, NASA and other space agencies monitor solar activity in order to improve solar weather predictions. A powerful flare aimed at Earth, combined with a large CME, could cause problems such as damaging power lines or disabling satellites.

The year 2022 is expected to be relatively quiet for the Sun in general, as we are still nearing the start of the 11-year solar cycle, which began in December 2019. There are usually fewer sunspots and eruptions at the start of a cycle. As we get closer to the peak, which is expected in mid-2025, activity should pick up.

According to the report, scientists are debating how strong this current solar cycle will be, though forecasts so far indicate that the average number of sunspots may be lower than usual.

Planet spiralling into star may offer glimpse into Earth’s end