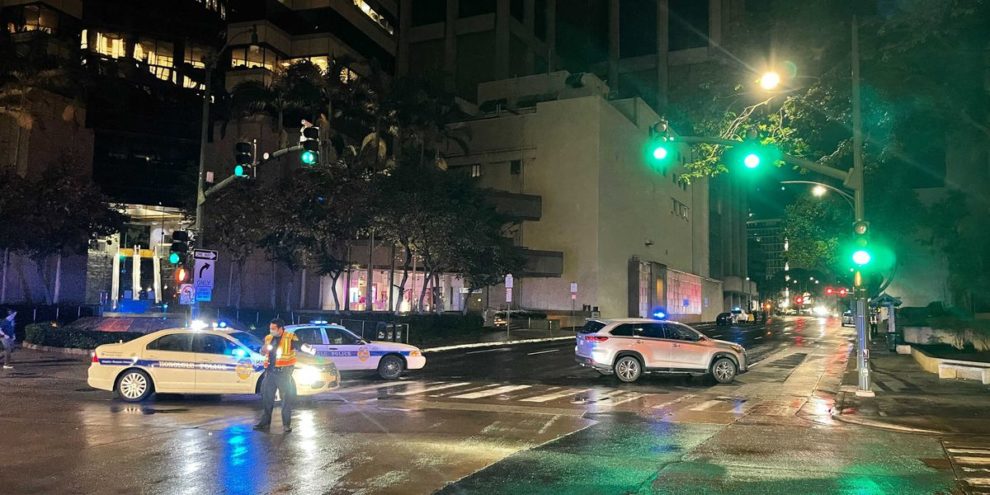 Several roads in Downtown Honolulu have been shut down by Honolulu police as they investigate a suspicious package found Tuesday morning in the area.

Alakea and Hotel Streets in Downtown Honolulu are closed. The area around Honolulu District Courthouse is also closed due to a police investigation.

Police have told people nearby to evacuate the area as soon as possible. Police reportedly reached the scene around 6:00 am in morning.

UPDATE 2:25 am EST: Police gave ‘all clear’ after investigating a suspicious package — described as a cardboard box.

Boeing 737 cargo plane crashed into the ocean off Hawaii