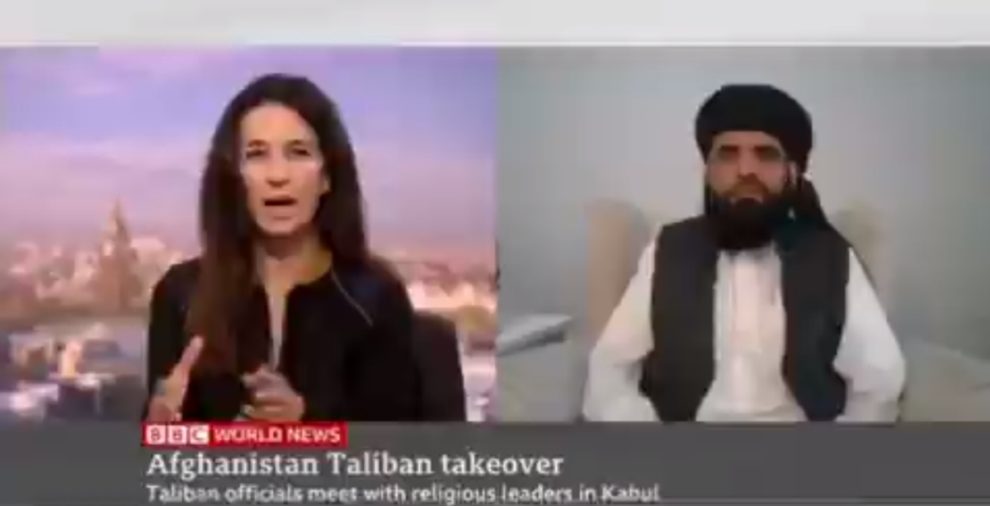 Taliban spokesperson Suhail Shaheen during an interview with BBC World News’ Yalda Hakim said, they have set up checkpoints around Kabul airport because they fear ISIS members could enter airport and go undercover to travel abroad.

Yalda Hakim posted a video on her Twitter account, in which Taliban spokesperson told her that ISIS members could “carry out sabotage activities in the airport.”

On Sunday, Biden’s national security adviser warned that the threat of an Islamic State terrorist attack posed a serious risk to the administration’s evacuation of thousands of Americans and Afghan allies from Kabul’s international airport.

Because of the threat that the terror group ISIS poses to the airport and its surroundings, the US military is establishing “alternative routes” to Kabul airport. CNN reported Sunday.

Watch the clip of the interview below: