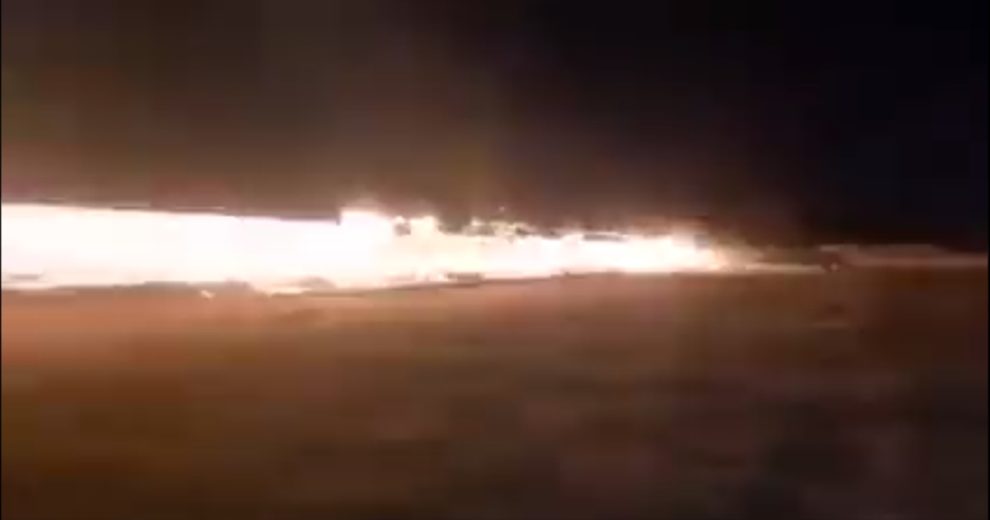 Taliban militants allegedly burned down an amusement park a day after they were seen riding rides following Kabul’s capture.

The Bokhdi Amusement Park was set on fire by Taliban insurgents in Begha, Sheberghan. The reason is that the statues/idols standing there are in Public access Idols are illegal in Islam, This is the logic of the Taliban's brutal emirate. The homeland is occupied.#Afghanistan pic.twitter.com/MBuYsQQbxk

A new video that recently surfaced shows a similar park engulfed in flames after the Taliban set it on fire.

Following the capture of Kabul, Taliban militants were seen riding rides at an amusement park.

An entire amusement park is seen burning in the latest video making the rounds on social media, with massive flames covering the area at night.

The video was shared on Twitter by a user who claimed it was taken at the Bokhdi Amusement Park in Sheberghan.

The reason given by the Taliban for burning down the amusement park, according to the Twitter user, was that there were statues and idols inside the park.