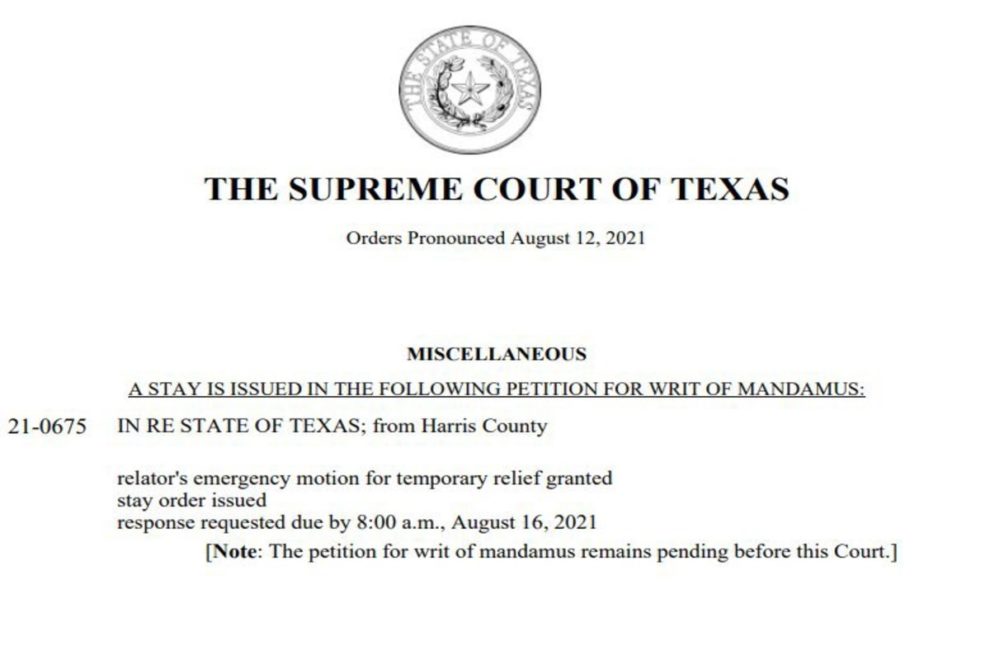 The Texas Supreme Court has issued a stay against a court ruling that was protecting some Texas House Democrats from civil arrest warrants.

The Texas Supreme Court has overturned a Harris County judge’s order shielding Democrats who have fled the state from arrest warrants.

Three state district judges in Houston have signed orders protecting more than 40 Texas Democrats from civil arrest for being absent from the state House, according to state Rep. Gene Wu, D-Houston, on Thursday.

House Speaker Dade Phelan, R-Beaumont, signed warrants for those lawmakers earlier this week, after many of them refused to return to the chamber for weeks in order to block a GOP elections bill.