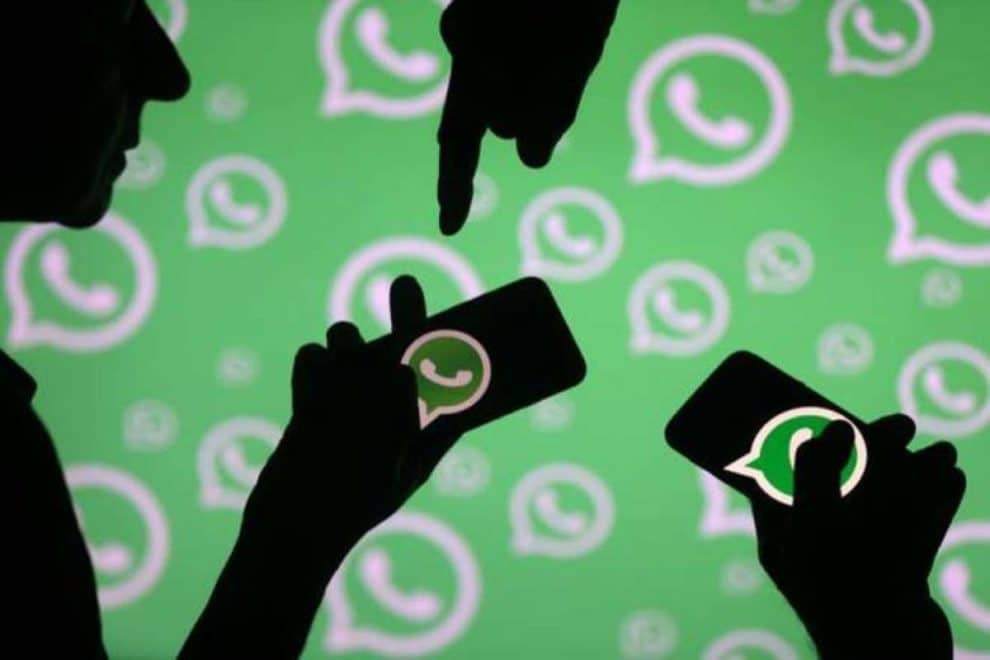 WhatsApp, initially released in January 2009, is one of the most popular messaging apps across the world. So far, the platform has improved with a lot of great features, to deliver the best messaging and calling experience for its users. However, it isn’t without its own issues. In the past years, different situations caused WhatsApp to crash. Recall that in 2018, a black dot message, containing some invisible characters, caused the messaging app to freeze and crash. According to reports, new crash code messages are circulating on WhatsApp and causing the platform to freeze or crash on iPhone models.

Weird Message Cause WhatsApp To Freeze or Crash On iPhone

According to a Wabetainfo report, new crash code messages, containing weird characters, are now causing WhatsApp to freeze or crash on iPhones. Furthermore, the Whatsapp community blog said the crash code, dubbed as ‘Scarry Messages’, started, and is widespread in Brazil. The problem started back in mid-August in the country, but it’s now a global issue.

Speaking of the WhatsApp crash code message, which is causing freeze or crash on the app on iPhones, it contains some special characters that are randomly placed. Unfortunately, unlike most WhatsApp messages that we’ve seen in the past, these new ones don’t make any sense in terms of meaning or creativity. Even WhatsApp is unable to process the combination of characters in the messages, causing the app to freeze or crash on loop, on iPhones. According to several reports, it seems the issue isn’t affecting the app on Android devices.

Here’s a brief of what Wabetainfo said about the crash code issue below:

“The combination of these characters creates a situation where WhatsApp isn’t able to process the message, determining an infinite crash.

“If you find any dangerous message, do not send it just for fun. Your friends might lose their chat history if they haven’t a recent backup.” 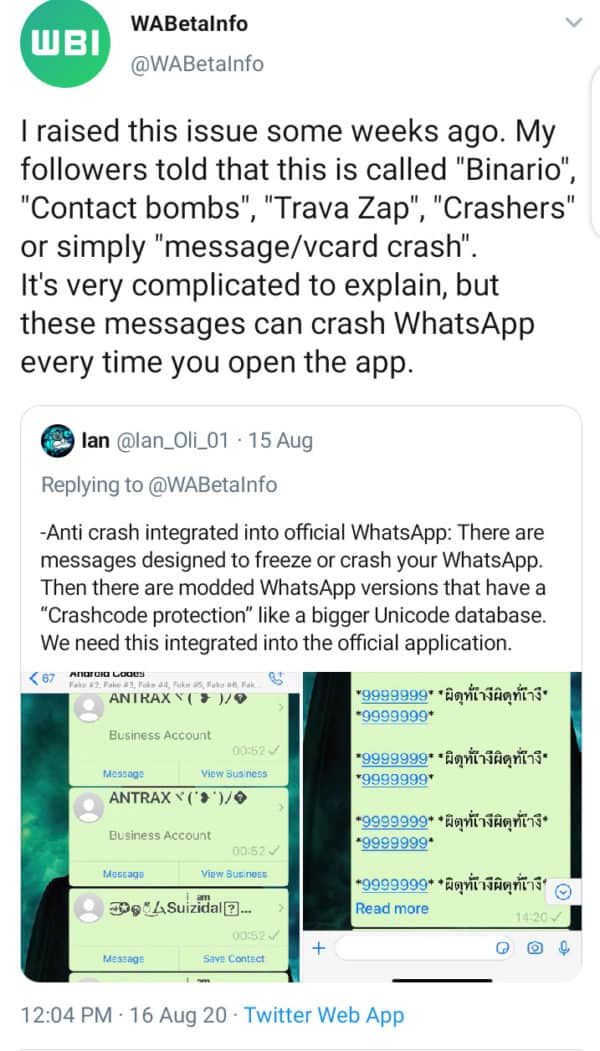 Any Response Yet From WhatsApp?

Many people in Brazil have reported the annoying crash code messages, which freeze or crash their WhatsApp on iPhone models.

In case you’re yet to receive the crash code messages, one way to prevent it from happening is to avoid opening messages from unknown numbers. Apart from that, you can also monitor your group settings by controlling who adds you to a group. You’ll be able to do that by heading to your WhatsApp settings and changing it to “My Contacts only”. That way, you can rest assured that unknown numbers won’t add you to a group where they drop the bombs.

Furthermore, according to WhatsApp, it has started rolling out a new patch to address the issue. Here’s a brief of what one of the company’s spokespersons said regarding the latest iOS software update below:

“WhatsApp has released and already begun rolling out a patch that addresses this in its latest iOS software update. As with any tech product, we strongly encourage users to keep their WhatsApp and mobile operating system up to date. They should also download updates whenever they’re available.”