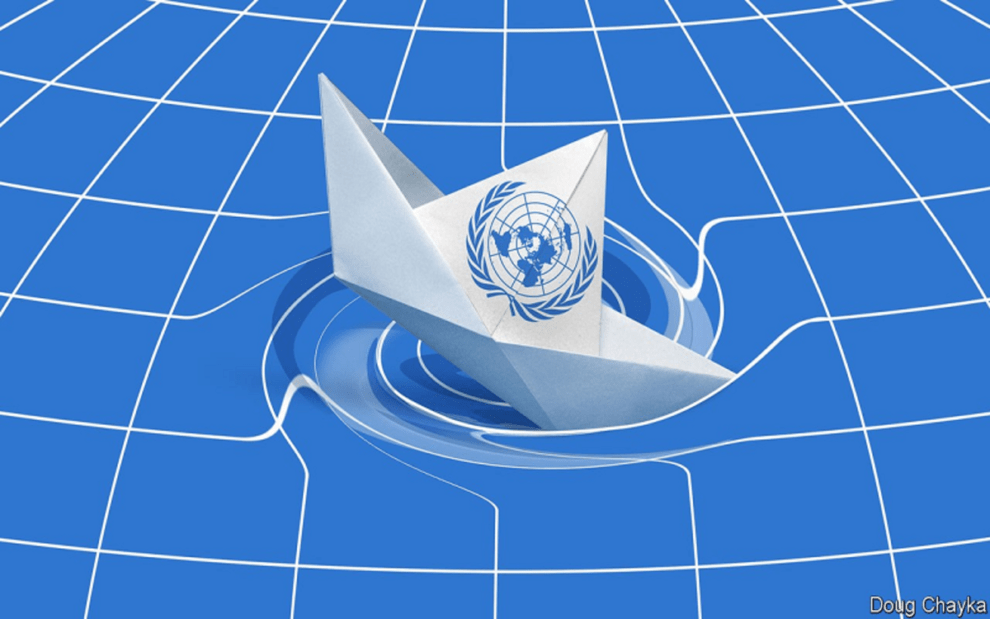 The United Nations (UN) has its head offices in New York, US and Vienna, Austria. Does United Nations have a future? The inequality of countries and the current situation of global affairs makes the existence of the current model doubtful after 75 years.

There was enormous enthusiasm and thunderous applause from the fifty member states that signed the United Nations Charter in June 1945. It would become the basis for a world government of peace, security, and prosperity, guaranteeing the dignity and rights of all people and all nations throughout the world. After two devastating world wars, everything had to become better and most of all more peaceful. Never would there be a war again. Conflicts, misery, hunger, and poverty must be resolved in a humane way, by mutual consultation, on the basis of law and justice, mutual respect, and solidarity. 193 Member States have now subscribed to this ideal and more than 40,000 people are employed at the UN. But does the UN, which celebrated seventy-five years of its existence, still have a future? Does the UN still have a leading role on the world stage? Or will the UN soon be sidelined for good?

After all, current world politics is largely determined by powerful organizations outside any democracy, such as the World Economic Forum (WEF) and their annual meetings in Davos. There, the elite (including the Bilderberg group) prepares the strategy and plan for the entire world population for the coming years. Powerful men like Bill Gates and George Soros are the other “big players“ on the world stage. They have money!

The United Nations Charter is a special document and a worthy basis for resolving all problems between peoples. In practice, there are five powers that can veto any resolution: China, Russia, US, UK, and France. But they fail all the time to implement the charter. For example, the recent German proposal to provide humanitarian aid along the Turkish border to the suffering population of Northern Syria was blocked by a Russian and Chinese veto. The politicians and mainstream journalists “forgot“ or did not seem to realize what the real reason was the “dirty“ war on Syria that’s been going on for more than 10 years. After all, the ultimate aim of Western humanitarian aid is always to guarantee free access beyond any control of the Syrian government and army, namely to be able to continue supplying arms and aid to the terrorists and to further destroy the country. So each time that Russia and China have wanted to defend Syria’s sovereignty and territorial integrity with their veto, the Western states start blaming Russia and China. Arguments and “heated“ debates are the result inside an organization that preaches peace and respect for human rights for all people, the basic rules of the United Nations Charter. To bring humanitarian aid to a population is best assured by the military. In the Syrian case, the Syrian Army guarantees the protection of people with enormous sacrifices. But not so for the Western states in the UN, one can see they conduct “foul“ play.

“Syria must be destroyed“ has been the motto of the so-called “international community”. They implied as much very loudly in many UN meetings (Security Council) for many years, for no other reason than greed and the urge for power. The same applies for other countries: Afghanistan, Iraq, Libya, Lebanon, Venezuela, Ukraine, and Yemen. If this abuse of power is put in a religious package, it is even worse and becomes a devastating earthly messianic message. Stealing 200,000 barrels of oil every day in Syria, 400,000 tons of cotton, five million cattle, and burning grain fields, devaluing the Syrian currency, and carrying out a few more human mass slaughters happens in between. The other big player in the UN is Turkey, President Erdogan, who feels he should restore the glory of the Ottoman Empire. He stole the entire industry of Aleppo, occupying Northern Syria, looting, and organizing migrations so that the Muslim Brotherhood (Al-Queda or Tahrir-as-Sham) can impose their terror on the population. In his last speech, he hinted at Azerbaijan and Armenia and made no secret that he would support the government of Azerbaijan, which according to various source,s he did. So, yesterday a war broke out between the two countries.

The organization of the UN must certainly be adjusted after 75 years. The most important issue is that the Charter must be fully respected and implemented. Everyone must obey international law and ensure the dignity of people. The sovereignty of all people must also be recognized in a real and truthful solidarity so that big military superpowers obey the Charter and try to avoid any possible war. The virtual celebration of the seventy-fifth anniversary of the UN in New York in front of an immense hall with empty seats illustrates the attitude of some member states towards the UN Charter. It has no meaning for them. They continue to wage wars all over the world, when and how their corrupt leaders want. Nobody seems to care, the employees at the UN just perform their daily jobs and can‘t change a thing, considering the bureaucratic standards and rules.

List Of Those Who Don’t Support Israel’s Annexation Plan