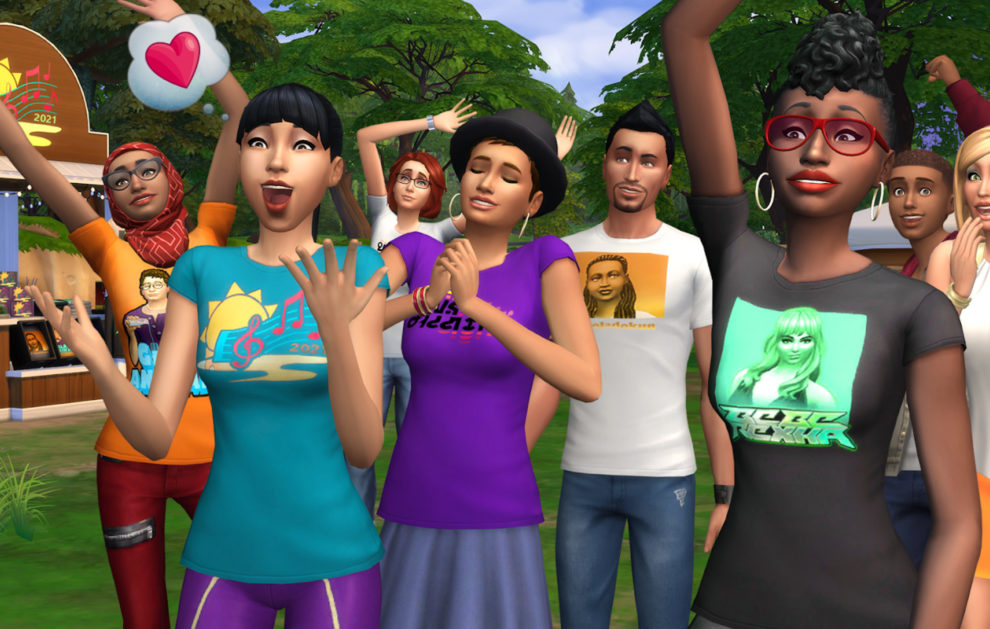 The Sims 4 is unarguably one of the best simulation games out there. Developed by Maxi and published by Electronic Arts in 2014, this video game covers everything you could need to assist you in getting money, perfect relationships, and many more. As of 2021, The Sims 4 had over 36 million players worldwide across all platforms. Well, a lot of factors contribute to the game’s popularity; one of them is the fact that the developers constantly roll out updates, including new content. Recently, Maxis released a new update, which includes a couple of bug fixes, new Scenarios, and the expansion of Neighborhood Stories. Unfortunately, the update also came with an issue. That’s so because the latest reports reveal players are reporting that The Sims 4 game is not saving and they’re getting an “error code 0” message.

The rest of this article will focus on sharing everything you need to know about the new The Sims 4 issue. Of course, this will include a fix to address the problem.

The Sims 4 game is not saving – Players report

According to the latest reports across various social media platforms and forums, The Sims 4 players are currently experiencing a situation, where the game is not saving. Every time the affected players try saving the game, it often displays an “error code 0” message. Some people also mentioned that the issue started for them after a recent update.

Moreover, some users also mentioned that because of their inability to save the game, they end up losing several hours of progression. Let’s have a quick look at what the affected players are saying regarding the new The Sims 4 issue:

According to @MaryBasque, The Sims 4 player mentioned that the game is not saving because of the recent updates. Here’s a brief of what the player said below, including what the error code 0 looks like. 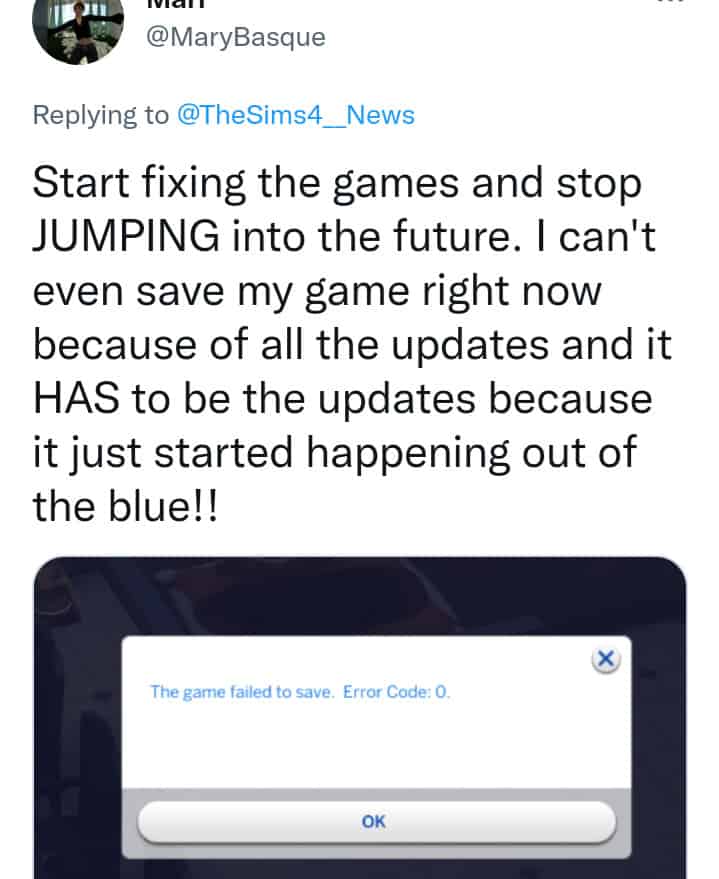 You can also check here (1,2,3,4) for more complaints regarding the situation, where The Sims 4 game is not saving.

Is there any official fix or workaround yet?

For now, there’s no official fix yet to address the issue, where The Sims 4 game is not saving but displaying an “error code 0” message. However, according to this post, the developers are already aware of the problem.

We don’t know when an official fix will be available to address the issue on the ground. However, there’s a workaround that may help resolve the issue. According to Psychotps, the player suggested affected players should try using the approach below:

“To save the game, just SAVE, let it error, then delete the original file and save again. For me, it works every time.”