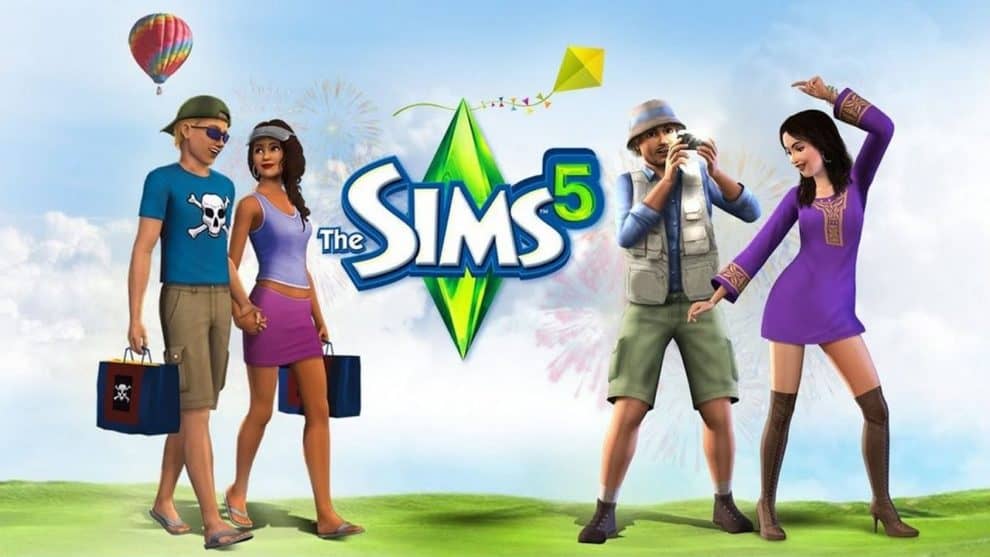 Unarguably, The Sims series is one of the greatest life simulation-based games of all time. So far, The Sims 4 game, which was released in September 2014 is available in single-player mode, on gaming platforms, including PlayStation 4, PC, and Xbox One. Although EA is still releasing the Expansion Packs for the franchise, players are eagerly awaiting the arrival of the next game in the series – The Sims 5. Now, most of them want to know the release date of the new game, and whether or not it’ll make it on the next-generation consoles.

In this article, we’ll be exploring every about the upcoming The Sims 5 game, including its features, release date, and other related news.

In the past few months, we haven’t heard anything as to the development stage of The Sims 5 game. The last time we heard something about it was in February when the EA CEO, Andrew Wilson spoke to CNN about the game. Here’s what he said about the development of the game so far:

“… you should imagine that while we will always stay true to our inspiration, escape, creation, self-improvement motivation, that this notion of social interaction and competition… will start to become part of the ongoing The Sims experience in the years to come.”

According to what Wilson said above, it looks like The Sims 5 game is under development and will be focusing on the enhancements of the next-generation consoles, which will have a big place in the future of the gaming industry.

Also, Maxis has stepped up hiring in recent weeks. The increased hiring is interesting, but might not be related to the Sims 5. According to a Reddit user, EA Maxis is hiring for a “new unannounced title,” which the studio described as its “next big production.” It is hiring people with expertise in building “excellent user experiences for new IP.”

So far, there’s no word from EA about the release date of the upcoming The Sims 5 game. It’s so unlikely that the upcoming title will launch any time soon – at least not this year. However, there’s a high chance that EA will release the game early next year, possibly by Q1 or Q2 of 2021.

There are some speculations that The Sims 5 could have been cancelled. But that’s highly unlikely. The EA chief executive Andrew Wilson told CCN in February that The Sims 5 was in the works. He said:

“You should imagine that while we will always stay true to our inspiration, escape, creation, self-improvement motivation, that this notion of social interaction and competition… will start to become part of the ongoing The Sims experience in the years to come.”

Had The Sims 4 not been so wildly successful, the developers might have considered discontinuing The Sims 5. The Sims 4 has received an overwhelming response. The developers continue to introduce fresh expansions and content drops to keep gamers hooked. EA would want to maintain the momentum.

The Sims 2 debuted in 2004. Its successor arrived five years later in 2009. The Sims 4 was launched in 2014, after a five year gap. The gap this time has been longer, but The Sims 5 has not been cancelled.

The Sims 5 For PS5 and Xbox Series X

Last week, Sony revealed its upcoming gaming console, PlayStation 5, and it’s coming in two versions, including the digital and Standard editions. According to the giant tech company, the consoles will be up for pre-order in the coming months, as they’ll be due for release in the US holiday season. Similarly, Microsoft’s Xbox Series X is also expected to roll out in the upcoming holiday season in the US.

According to a report by PSU, the upcoming Sims 5 has been listed on the PlayStation magazine, as one of the 38 PS5 titles. Looking at this hint, we might want to believe that the upcoming game will arrive by 2021. Since the report isn’t yet official, we might be hearing the announcement of The Sims 5 game at the next EA event. That has been slated for June 18 at 4 pm PT/7 pm ET.

How Much Will The Upcoming Game Cost?

So far, it’s still uncertain how much the standard edition of The Sims 5 game will cost. However, one thing is sure and that is the upcoming game will come with a triple-A status. Looking at the blockbuster titles released this year, most of them are selling at a starting price of about £50. So, we should expect something pretty close to that for the upcoming game.

Will The Game Be Available On PS4?

Although EA always releases the PC versions of The Sims series first, the games often come to the consoles. So, something like that will likely happen upon the release of the upcoming The Sims 5. However, with PlayStation 5 and Xbox Series X coming around the holiday season this year, EA will likely build the game focusing on the enhancements of these next-generation consoles.

Even at that, there’s a chance that The Sims 5 will be available on PS4. That’ll most likely happen if the new backward compatibility of PS5 and Xbox Series X affects the decision of EA.

Will There Be Demo Versions Of The Game?

So far, we are yet to hear of any official release as to the early version of the upcoming The Sims 5 game. However, there’s a higher chance that the PC gamers will be able to play the demo version of the game, based on the Origin’s Beta Program.

With the introduction of the next-gen consoles, we’re still clueless about what will happen to the early version of the game on the console.

So far, we are yet to see any trailer for the upcoming The Sims 5 game. However, a YouTuber OriginZ has created and posted a perfect fanmade trailer of the upcoming game.

You can have a look at the video concept below:

Will It Come With An Improved Graphics Feature?

Did you see the fanmade concept above? One thing that I can’t stop checking out is its amazing graphics. Well, you should expect to see improved graphics when the upcoming The Sims 5 launches later.

Additionally, the game will come with better customization options to boot, and other amazing features, including full neighborhood customization.

Will It Be An Open-World Game?

Presently, there’s no official release to support that The Sims 5 will be an open-world game. However, since this is one of the things that fans are expecting from the upcoming game, I’m sure EA will be looking for a way to make that happen.

So, we might be seeing a blend of the open-world elements of The Sims 3 and the different landscapes in The Sims 4, on the upcoming EA game.

So, one of the wishlists is that EA should come up with fully-featured The Sims 5 packs, instead of the usually segmented packs.

With careers and jobs, players would want to have control over their own businesses. No doubt, there are a few cool features on The Sims 4 expansion packs, including the one for the Get to Work and Dine Out.

The Get to Work pack added a feature that enables players to go to work with their Sims. However, this feature will be a plus if users are enabled to control and run their businesses.

Online Interaction With Other Players

So far, The Sims 4 game, only available in single-player mode. Now, most players are clamoring for EA to bring more changes to the game, including a multiplayer feature.

Looking at what the EA CEO Andrew Wilson said in an interview with CNN, it’s likely that The Sims 5 will come with this feature.

“… the notion of social interaction and competition… will start to become part of the ongoing The Sims experience in the years to come.”

The Sims 3 allowed users to freely explore the neighborhood. It gave us a feeling of a community full of neighbors, shops, unfamiliar plants, suburbs, and more. The developers dropped it all from the Sims 4 and added an annoying loading screen. People are hoping the Sims 5 would bring back the open-world exploration of Sims 3.

The article was updated on July 20, 2020 with the latest information.