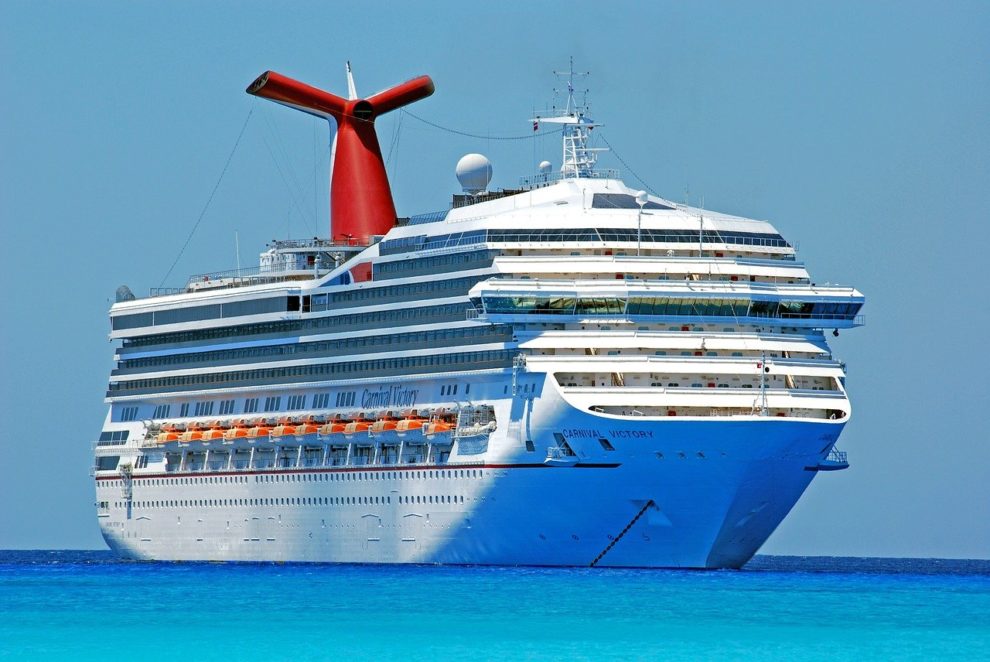 Cruises are one of the most luxurious rides around the globe. They are depicted in movies and shows as an embodiment of luxury and grandeur. Below is the list of Top 10 biggest cruise ships in the world. 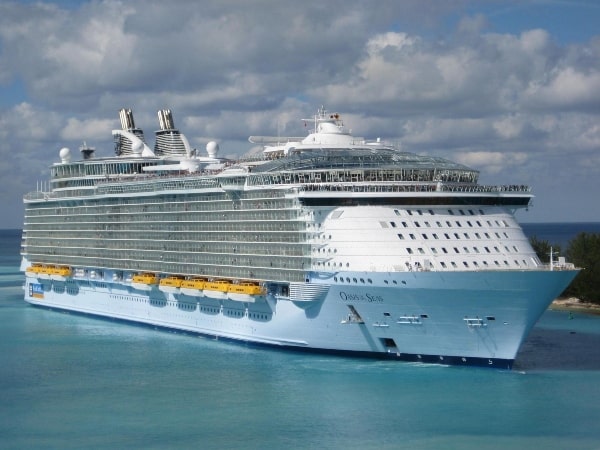 1- Oasis of the Seas

This cruise ship is known for pushing the cruise industry a step further which is why it secures its place as the number 1 in our list. Oasis of the Seas was the first of its kind and left the world in awe when it was revealed at the end of 2009. The remarkable vessel was manufactured at the STX shipyard located in Finland. Oasis features Zip-line in addition to AquaTheater. The cruise ship entered in service on the fateful day of December in 2009. The ship can hold passengers up to 5,400 and crew members up to 2,394. 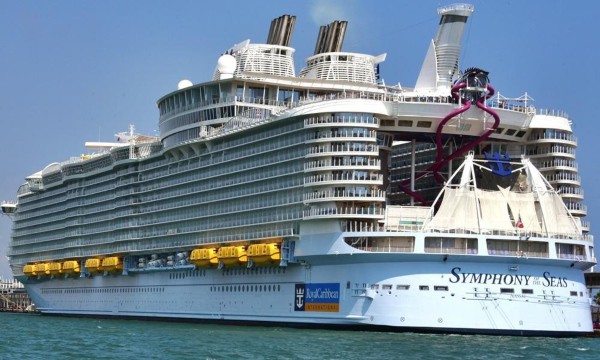 2- Symphony of the Seas

This is the second ship on our list of the top 10 biggest cruise ships in the world. The ship happens to be the 25th cruise ship from the Royal Caribbean. The Symphony of the Seas is much larger than its sister ship which makes it the world’s biggest cruise ship. The vessel was manufactured at the STX shipyard located in France. It arrived on the cruise line on March 23, 2018. Symphony of the Seas undertook its first one time special preview sailing on the 31st of March. Its first ever voyage departed on April 7, 2019. The destination was Mediterranean. It can hold up to 5,518 passengers and 2,100 crew members.

3- Allure of the Seas

Belonging to the Royal Caribbean line. This vessel happens to contain seven distinct neighborhoods and several dining spaces. It is an extremely luxurious ship with top notch quality designs. It is extremely different from designs of other large ships in the cruise industry, the distinct design of this ship sets it apart from other ships. It also features Zip-pine and AquaTheater. It can hold up to 5,400 passengers and up to 2,384 crew members aboard. 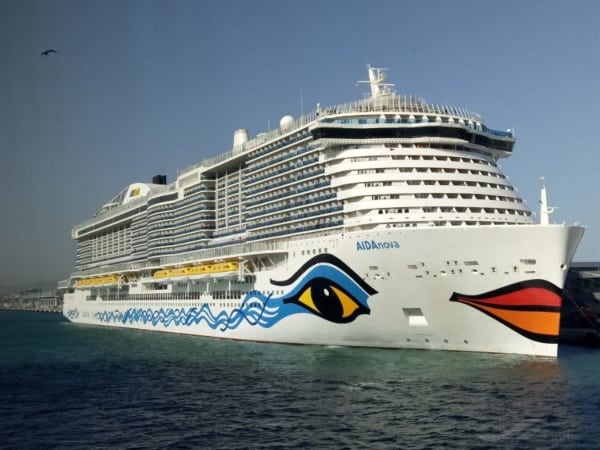 This remarkable vessel is operated by German-based Aida Cruises. The cruise ship constitutes as the first new generation class, it was ordered by Carnival Corporation. The vessel happens to be fully powered by Liquefied Natural Gas (LNG). It was manufactured at the well known Meyer Werft shipyard located in Germany. The highly powerful vessel can hold up to 6,600 passengers and 1,500 crew members. 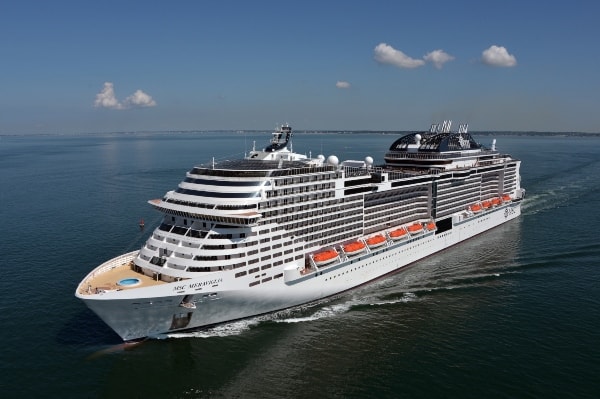 Both these ships are considered one because together they constitute as the sixth largest cruise ships in the entire world. MSC Meraviglia joined the fleet in 2017 mid year and are the first in the class. One of the most prominent features of these ships is the large LED roof display in addition to promenade. MSC Bellinsima arrived in 2019, it featured the first ever Artificial intelligence device in each stateroom. 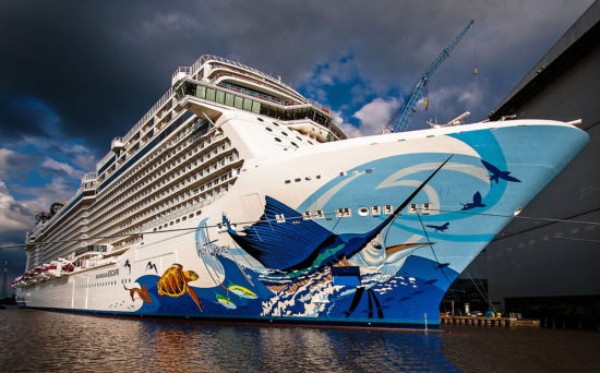 This vessel is the largest cruise ship in NCL. It also happens to be the highlight of the industry for the year 2015. The ship happens to be one of the two Breakaway Plus ships. It features onboard oceans and a snow room as well. Needless to say, it is the complete package. The artwork on the ship’s interior was designed by Guy Harvey. The vessel was manufactured at the well known Meyer Werft shipyard in Germany. This vessel has secured the fifth number on our list of the top 10 biggest cruise ships in the world. 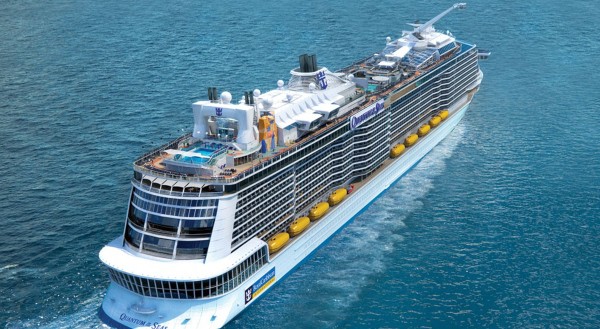 7- Quantum of the Seas

This ship took cruising to a whole other level. The vessel brought several innovative features which had previously been never seen before. These features include North Star, Ripcord by iFLY, SeaPlex, Two70 and many more. The ship was manufactured at the Meyer Werft shipyard located in Germany. This is the same shipyard behind Anthem of Seas and the Ovation of the Seas. 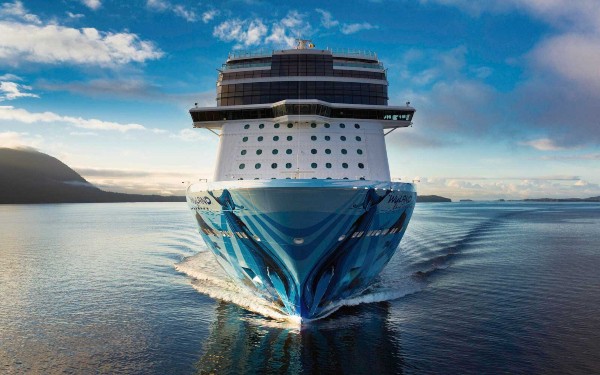 Norwegian Bliss secured a place in our list of top 10 biggest cruises ships in the world virtue of its features and design. It is the newest ship to date and happens to be a part of the well known Breakaway-Plus class. The sister ships of this vessel include Norwegian Joy and Norwegian Escape in addition to the Norwegian Encore that joined the line in 2019. 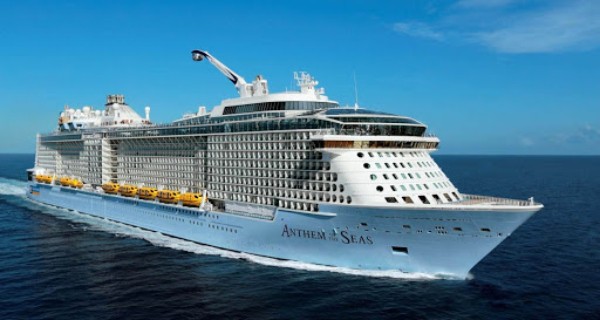 Anthem of the Seas constitutes as the second ship built in the Quantum-class for Royal Caribbean. While the Ovation of the Seas happens to be the third. Both these vessels are considered to be highly technologically advanced. It features a super fast internet, North Star, Two70 and Ripcord by iFLY. This cruise ship is the complete package, it also features virtual balconies. 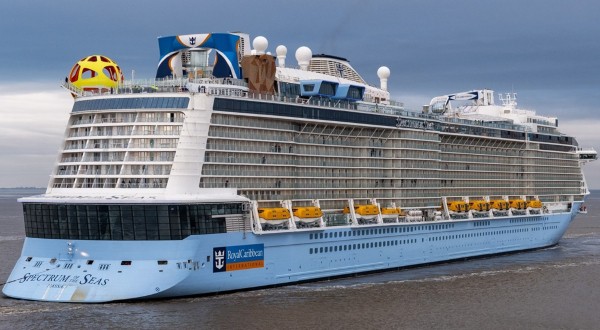 10- Spectrum of the Seas

Spectrum of the Seas happens to be the Quantum-Ultra-class cruise ship. The ship is currently operated by Royal Caribbean International. Spectrum of the Seas is the first ever ship of the Quantum Ultra class. This ship is slightly distinct to other ships of the time. It was manufactured at the Mere Werft shipyard located in Germany. The ship was delivered in the April of 2019.