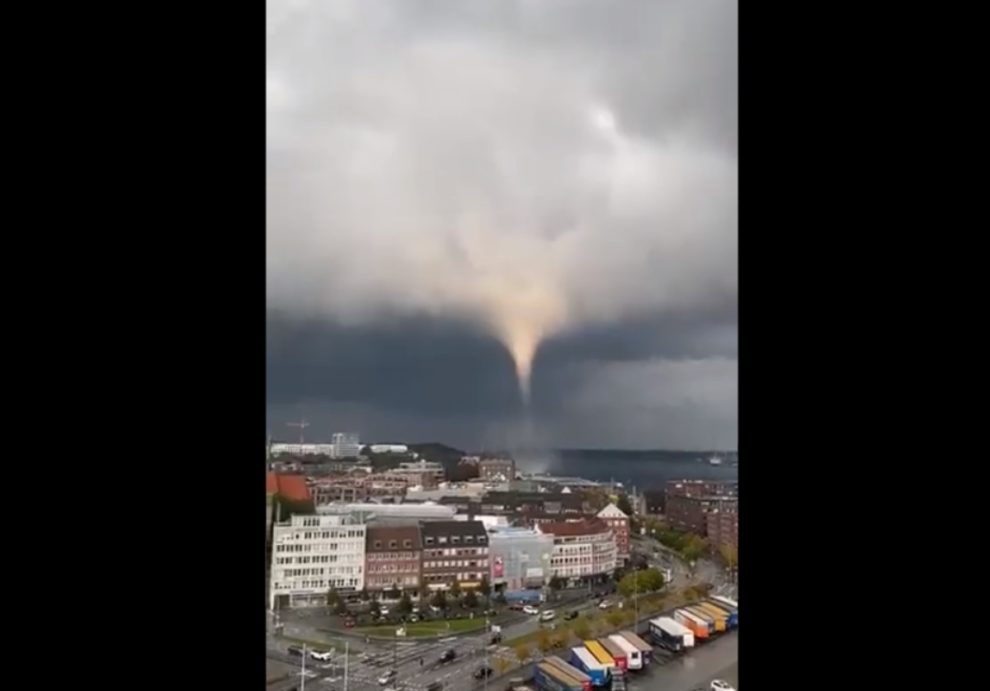 According local reports, a tornado-like waterspout made landfall in the Baltic Sea city, causing damage and throwing several people into the water. The emergency and rescue services responded to the scene.

The German Weather Service (DWD) had previously predicted winds of up to 110 km/h (70 mph) for the area from Wednesday evening until around midday Thursday, as well as unusually heavy rain through the weekend.

Kiel, located in the northern German state of Schleswig-Holstein and about 90 kilometres (56 miles) north of Hamburg, is the home port of the German Navy’s Baltic Fleet as well as the site of the well-known Kiel Week regatta.

Videos of tornado in Kiel, Germany