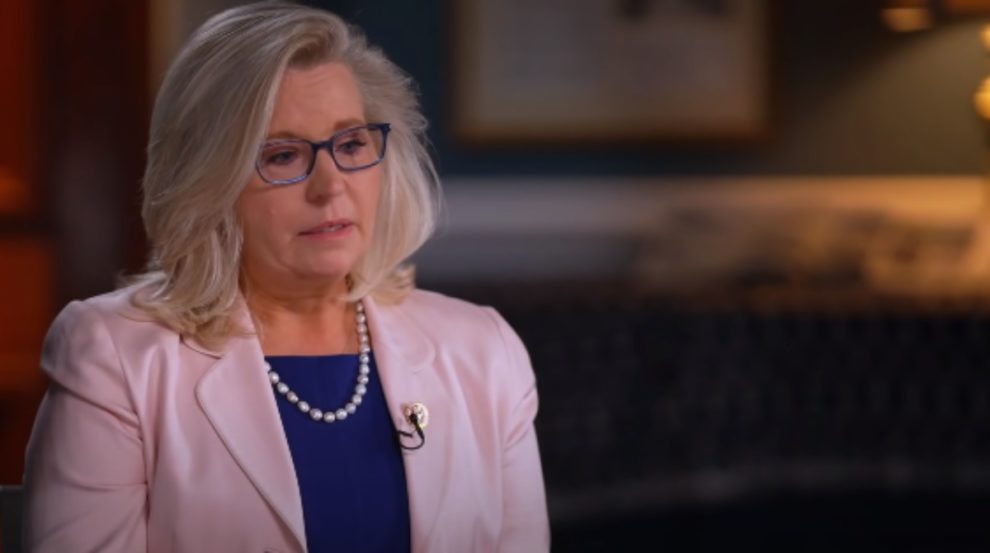 Last week, Liz Cheney shared a tweet about Jan 6th and Donald Trump, she said, “Do not be misled: President Trump is trying to hide what happened on January 6th and to delay and obstruct. We will not let that happen. The truth will come out.”

“Isn’t it ironic that Liz Cheney is supporting the same people, Radical Left Democrats, that did everything possible to destroy her father when he was Vice President, and after? When they are finished using “Liz,” they will destroy her also. This is all happening as her poll numbers have reached an all-time low in the Great State of Wyoming! 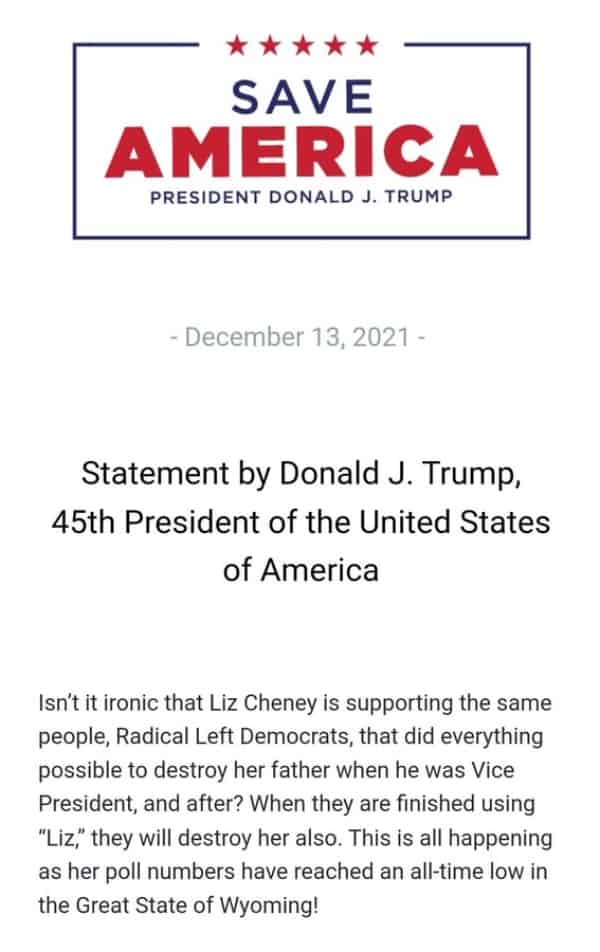