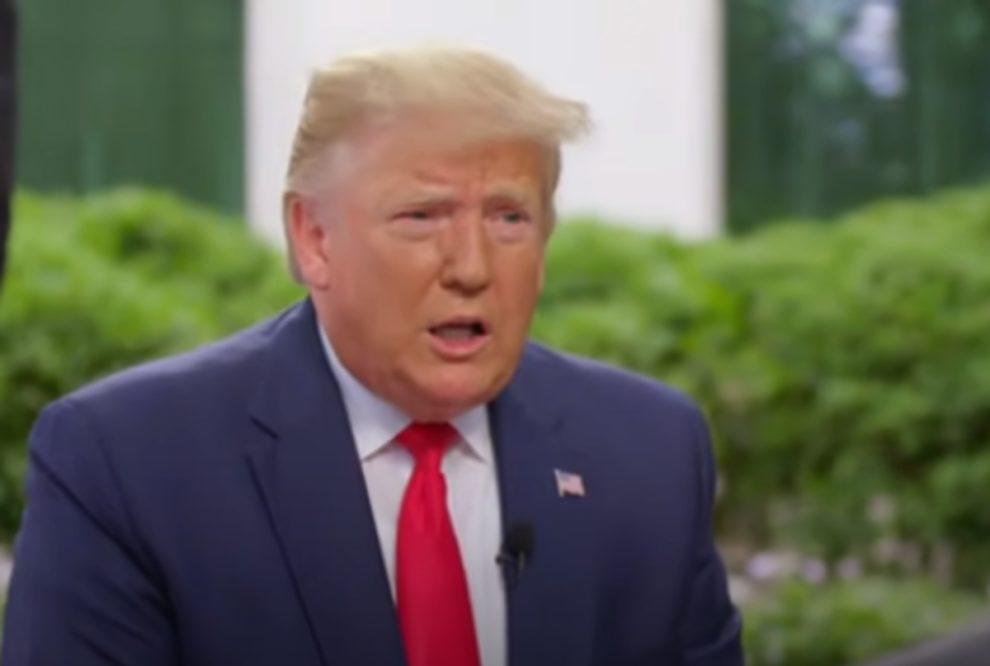 Former President Trump slammed an old foe — the US women’s national soccer team — on Thursday, claiming that if the players had not been “woke,” they would have won a gold medal rather than a bronze medal at the Olympics.

If our soccer team, headed by a radical group of Leftist Maniacs, wasn’t woke, they would have won the Gold Medal instead of the Bronze. Woke means you lose, everything that is woke goes bad, and our soccer team certainly has. There were, however, a few Patriots standing. Unfortunately, they need more than that respecting our Country and National Anthem. They should replace the wokesters with Patriots and start winning again. The woman with the purple hair played terribly and spends too much time thinking about Radical Left politics and not doing her job! 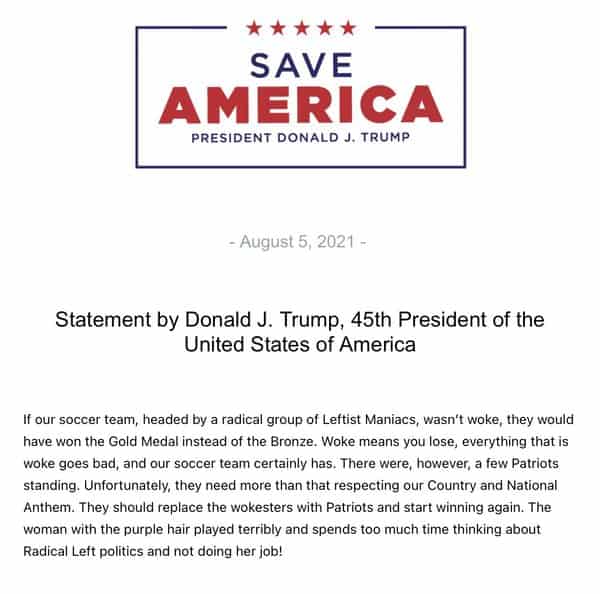