In a statement released through his political action committee, Trump stated that Ashli Babbitt “truly loved America,” and that she represents “far more people than there are on the other side.”

The former president’s remarks come as Babbitt’s family prepares to sue the officer who killed her for $10 million in wrongful death. Terry Roberts, the family’s lawyer, claimed she was “ambushed” by the officer, who warned her to stay back.

Similarly, Ms Babbitt’s husband has demanded that the officer be identified.

I spoke to the wonderful mother and devoted husband of Ashli Babbitt, who was murdered at the hands of someone who should never have pulled the trigger of his gun. We know who he is. If that happened to the “other side,” there would be riots all over America and yet, there are far more people represented by Ashli, who truly loved America, than there are on the other side. The Radical Left haters cannot be allowed to get away with this. There must be justice! 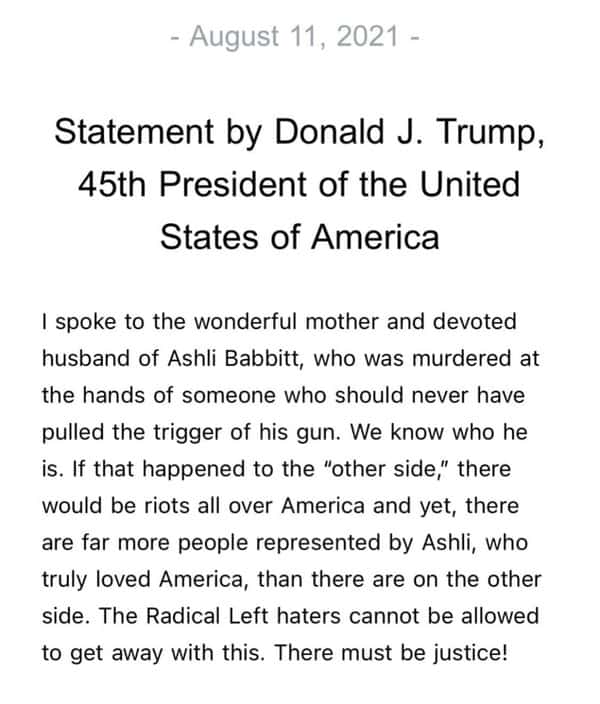