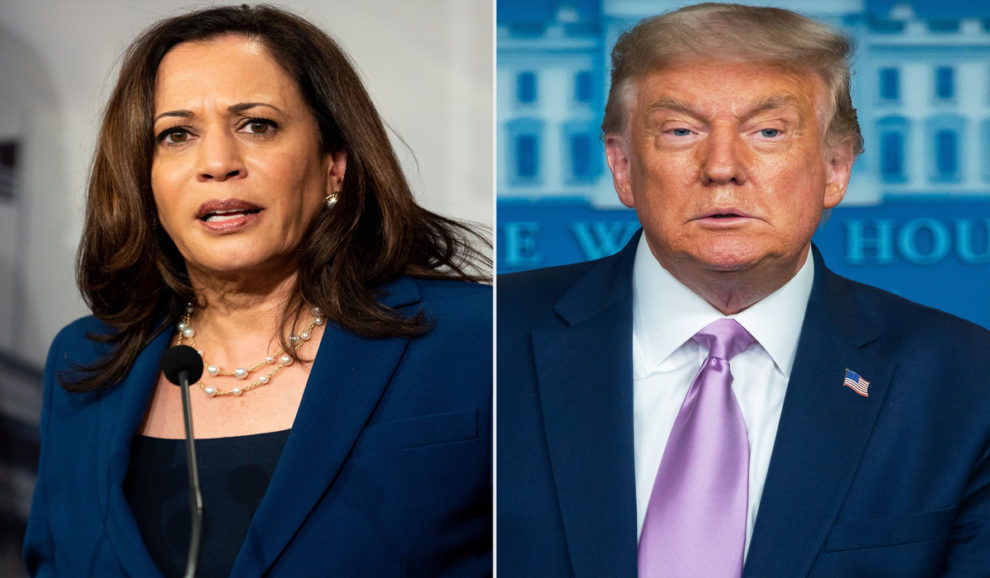 Former president Trump has released a new statement after Vice President Kamala Harris announced her plans to visit the U.S.-Mexico border on Friday.

After months of ignoring the crisis at the Southern Border, it is great that we got Kamala Harris to finally go and see the tremendous destruction and death that they’ve created—a direct result of Biden ending my very tough but fair Border policies.

If Governor Abbott and I weren’t going there next week, she would have never gone! 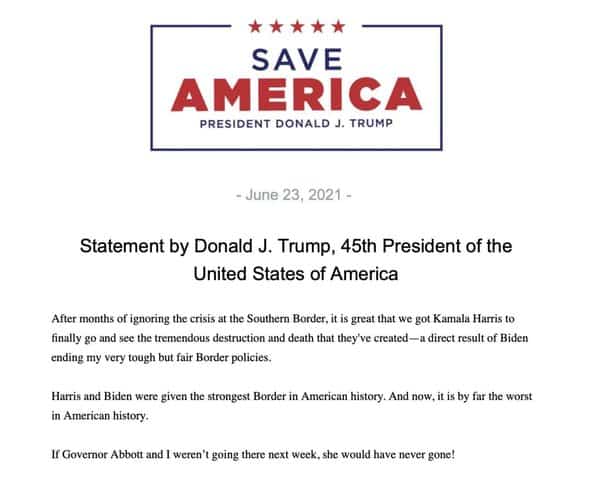