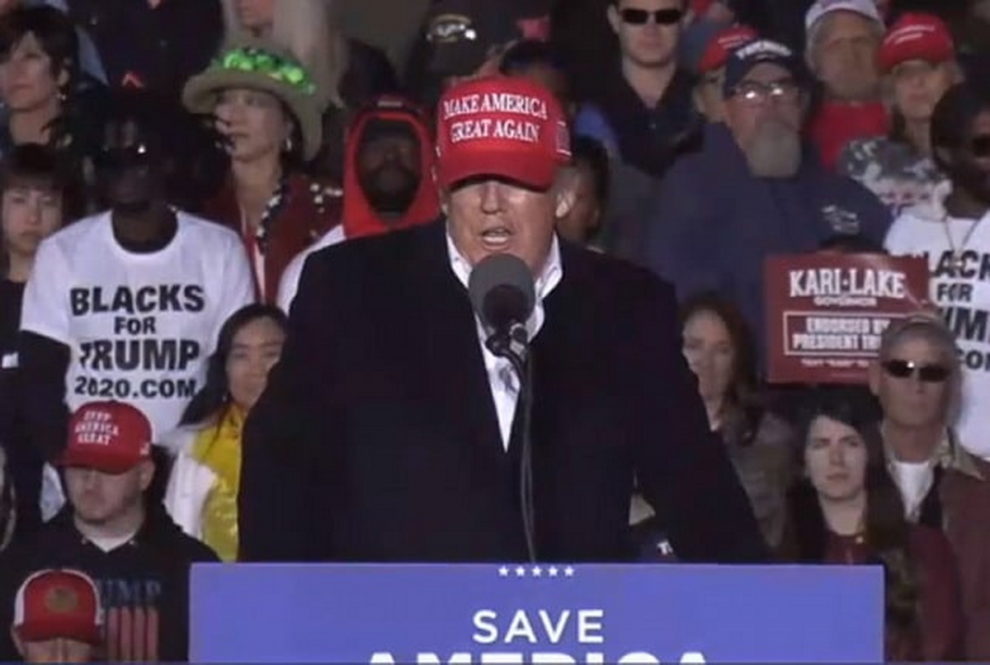 Donald Trump will announce next week that he is taking another shot at the presidency with a White House run in 2024, his longtime advisor Jason Miller said Friday.

The divisive former president, who will be 78 when the next election is held, has been hinting at another presidential run while campaigning for Republican candidates ahead of this week’s midterm elections, and has said he will make a “very big announcement” on Tuesday.

“President Trump is going to announce on Tuesday that he is running for president,” Miller told former Trump aide Steve Bannon on his popular “War Room” podcast.

Miller said Trump told him, “there doesn’t need to be any question, of course I am running.”

Trump’s big announcement in Florida comes after a disappointing run for several candidates he backed in the midterms.

A hoped-for Republican “red wave” failed to materialize, and the party achieved a much smaller victory than had been predicted.

With 211 seats so far, Republicans appear poised to secure a slim majority in the 435-seat House of Representatives. However, control of the Senate may come down to an early December runoff in the southern state of Georgia.

The former president’s major media ally — the powerful media empire of conservative billionaire Rupert Murdoch — turned on him in the wake of the polls.

Pointing to the party’s disappointing midterms showing, The Wall Street Journal, the flagship of Murdoch’s News Corp, declared in an editorial on Thursday that “Trump Is the Republican Party’s Biggest Loser.”

The cover of the tabloid New York Post depicted Trump on a precarious wall as “Trumpty Dumpty” who “had a great fall.”

Trump’s early entry into the race would appear designed in part to fend off possible criminal charges over taking top secret documents from the White House, his efforts to overturn the 2020 election and the attack on the US Capitol by his supporters on January 6 last year.

It may also be intended to undercut his chief potential rival for the Republican presidential nomination, Florida Governor Ron DeSantis, who emerged as one of the biggest winners from Tuesday’s midterms.