Former President Donald Trump warned Republicans on Monday against being viewed as “losers” by Democrats during the bipartisan infrastructure talks, which are expected to conclude this week.

Senate Republicans are being absolutely savaged by Democrats on the so-called “bipartisan” infrastructure bill. Mitch McConnell and his small group of RINOs wants nothing more than to get a deal done at any cost to prove that he can work with the Radical Left Democrats. It is so important to him that he is agreeing to almost anything. Don’t do the infrastructure deal, wait until after we get proper election results in 2022 or otherwise, and regain a strong negotiating stance. Republicans, don’t let the Radical Left play you for weak fools and losers! 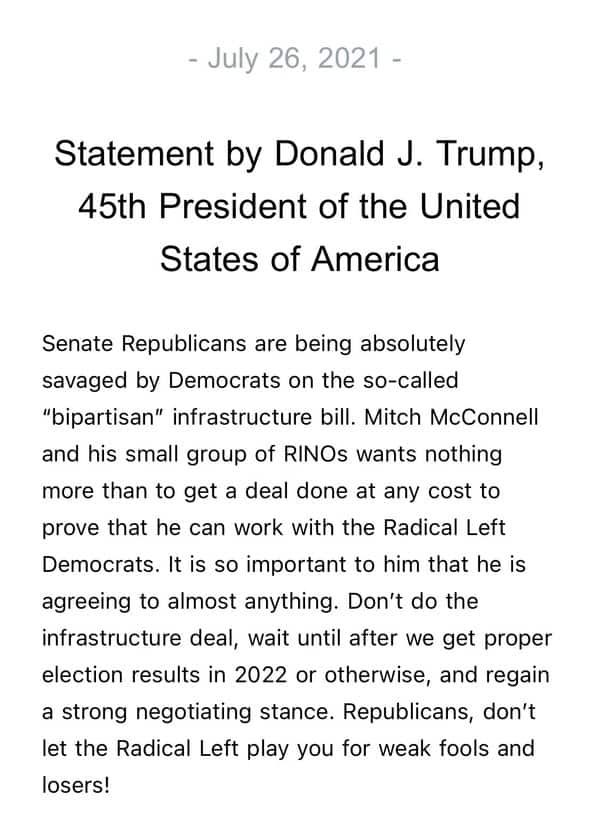