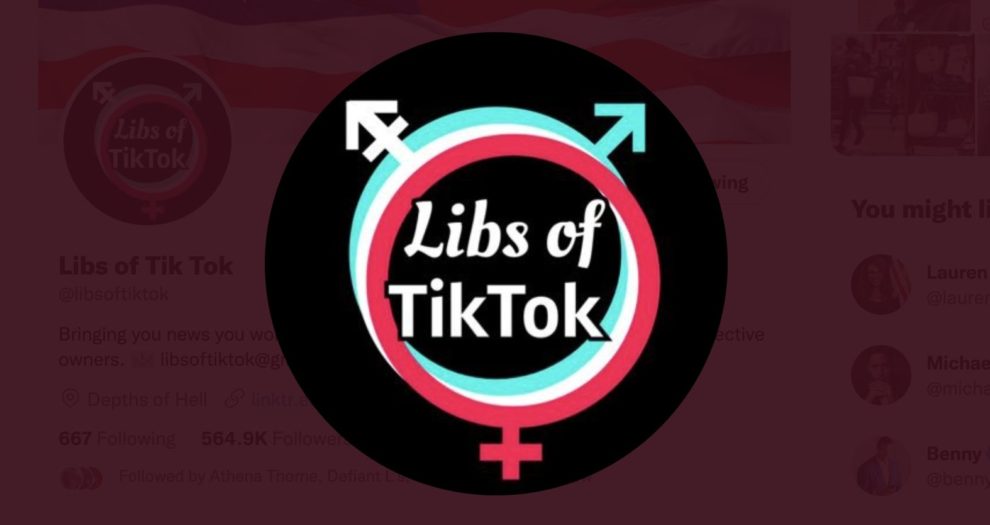 The owner of a renowned Twitter account Libs OF TikTok said she received death threats from unknown people. People threatened to detonate pipe bombs at her home, the account owner said in a tweet on Monday.

Update: I have now received about a dozen death threats after radical leftists accused me of being a domestic terrorist extremist. Twitter has not removed any of the accounts of those who sent the threats. https://t.co/tlHl2vagNA

On social media, the account holder shared screenshots of messages received from users. On Instagram and Twitter, the owner got messages from detractors. The majority of them were delivered directly to the account holder’s inbox.

Hi @FBI, I’m being threatened with a pipe bomb. Can you please look into this? pic.twitter.com/u9Vu2QT9Yp

Elon Musk, CEO of SpaceX and Tesla, who has yet to assume his role in Twitter following reports that he is buying the social media platform, and journalist Glenn Greenwald were among those who chastised Twitter for failing to recognise the threats the account holder was facing.

Hi @FBI, I’m being threatened with a pipe bomb. Can you please look into this? pic.twitter.com/u9Vu2QT9Yp

“This is what it’s like to be a woman on the internet who got doxed by a newspaper owned by the world’s richest man: actual death threats and encouragement of suicide. Since liberal outlets only care when this happens to rich, famous national journalists, they’ll ignore this,” Greenwald said.

Exactly. And I received about another 5 death threats in addition to this since yesterday.

Libs of TikTok also claimed in an article on her substack site that Twitter employees were discussing to permanently suspend her account.

Libs Of TikTok rose to prominence after posting videos on TikTok about transgender or homosexual teachers’ sexuality, coming out of the closet, and sexual preferences.

When the account reshared those videos, it highlighted and claimed that children in American schools were being misinformed about gender and sex by LGBTQIA+ teachers and the education system as a whole.

The account has over 1.2 million followers and has been endorsed by far-right, conservative, and even liberal commentators.

The controversy erupted related to Libs of TikTok when Washington Post reporter Taylor Lorenz revealed the account holder’s name, leading to her doxxing. Many people across the political spectrum believed it violated the right to remain anonymous on the Internet.

Twitter Notes: A way to write longer than normal tweets