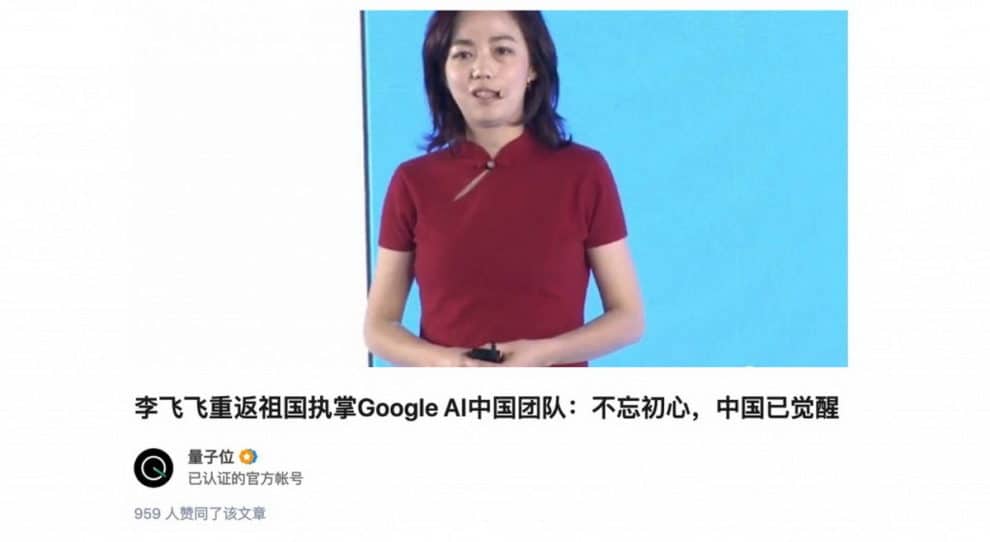 According to reports, Twitter hires Fei-Fei Li, an AI expert as an independent advisor with immediate effect. However, commentators have started raising their concerns over the appointment of the former Google Vice President, linked with the Chinese Communist Party (CCP) projects.

Controversies Surrounding The Tenure Of The AI Expert At Google

Twitter hires Fei-Fei Li, a Stanford Professor and former Google Vice President, as its new independent advisor, according to reports.

Recall that in October 2018, Li left her position as the chief Artificial Intelligence (AI) expert at Google Cloud. The reason for that is because of the controversy of a leaked email related to Google’s Project Maven initiative. That’s a US Department of Defence AI project, assisting the pentagon to identify drone targets from video footage.

Despite praising the deal in the leaked email, Li asked her colleagues not to talk about the AI component of the contract. That, she said is because of fear of the public backlashes.

Also, reports have it that there’s no public record of Li objecting to the controversial Project Dragonfly during her tenure as an AI expert at Google, even when she moved to open a new AI research facility in Beijing.

On taking over as the chief expert at Google’s AI facility in Beijing, a media outlet accused her of using a slogan similar to that of the Chinese Communist Party (CCP).

“stay true to our founding mission,” and “China has awakened.”

Apart from that, reports also claimed that the AI expert has a strong relationship with a student association, affiliated with CCP’s United Front.

Furthermore, Li also has a strong relationship with the Beijing-based Future Forum, according to reports. The organization is in charge of the development of mobile technology, focusing on the 5G network. Reports confirm that the company runs its activities under the aegis of the state-run China Association for Science and Technology.

Presently, Twitter makes use of a deep learning AI approach to recommend tweets to users. Also, it utilizes the same approach to identify hate speech, racist content, or content from extremists.

A commentator for Radio Free Asia in France, Wang Longmeng has come out to raise his concern about the appointment. While talking, Longmeng said Fei-Fei Li’s appointment by Twitter is more like “hiring a fox to guard the hen-coop.”

“They seem to have ignored the backstory of Li’s previous cooperation with China,” he said. “Li Fei-Fei … secretly opposed Google’s cooperation with the U.S. Department of Defense from a high moral standpoint … But turned a blind eye to Project Dragonfly, in which Google planned to help the Chinese Communist Party vet online speech.”