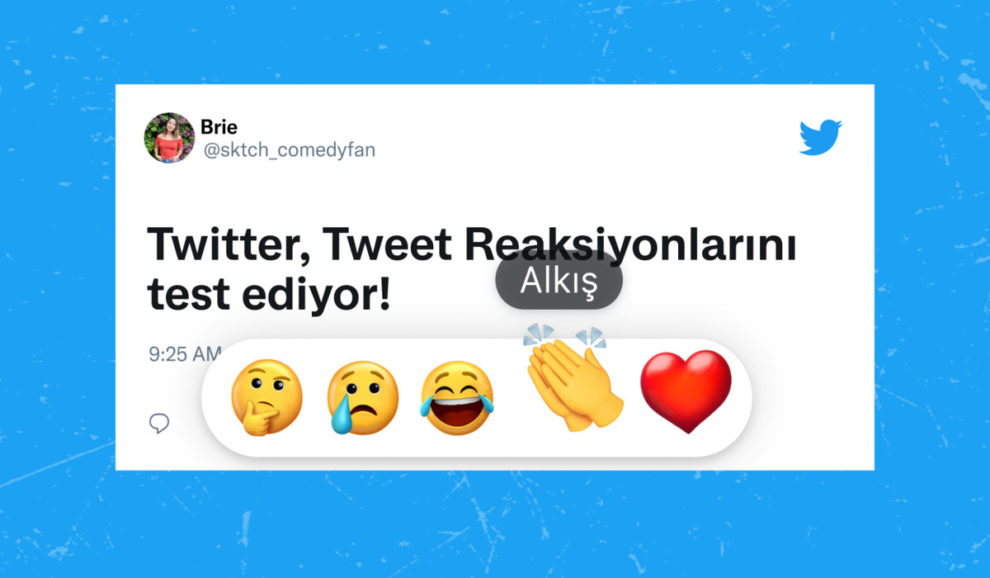 Twitter announced the start of a limited test of emoji tweet reactions on Thursday. Similar to Facebook’s, which was officially launched in 2016, the new feature allows users to respond to tweets with at least five predetermined emoji in addition to the standard reply and quote tweet options.

For the time being, it is unknown whether or not they will expand to other regions.

According to iMore, users in Turkey will be able to use four new emojis alongside the like heart for a limited time, including “tears of joy,” “thinking face,” “clapping hands,” and “crying face.”

Twitter claims that these icons were chosen after conducting surveys and researching the most commonly used words and emojis in tweets.

Twitter is also hoping that the feature will increase positive vibes on a platform that is notorious for harassment and toxic conversations.

It also stated that it is testing edge-to-edge media in tweets on iOS, resulting in a more full-screen, almost Instagram-like experience for the photos and videos in your timeline.

The microblogging site stated in an email to The Verge that it is testing the change in order to better support conversations that are both visual and text-based.

If this change is extended beyond a small group of iOS users, it will help Twitter address image cropping concerns that it has been dealing with for several years.