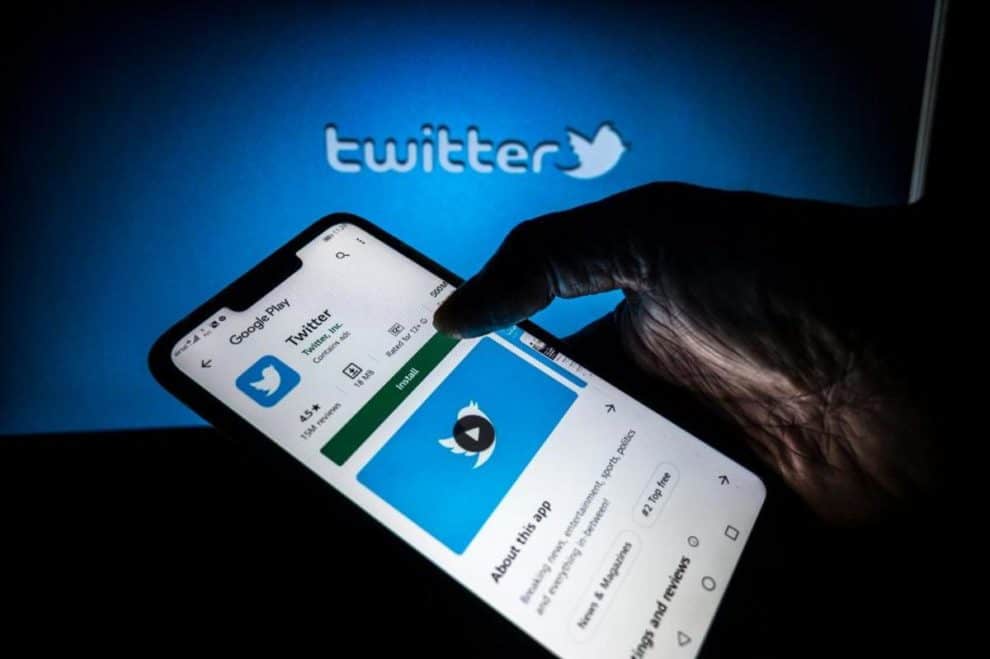 According to two online job postings on LinkedIn and Twitter’s career portal, it looks as if Twitter is working on a subscription platform under its new internal team, codenamed “Gryphon”, for its social networking platform. The giant company is currently recruiting engineers to work closely with its internal team to deliver something new.

However, it’s still unclear what exactly the giant company is cooking up.

Also, according to the job posting on LinkedIn, the new internal team comprises a mix of both frontend and backend engineers, “working closely together to deliver something new at Twitter”. Furthermore, the posting added that the new development by Gryphon at Twitter involves reconstructing some of Twitter’s services to “produce a subscription management platform.” 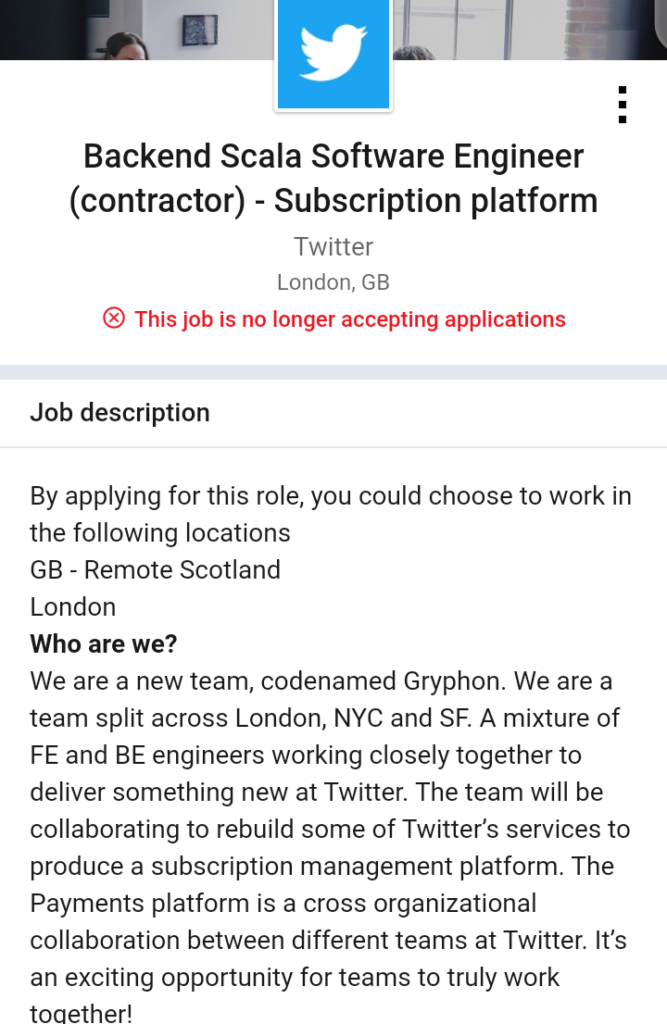 Here’s a brief of what the job posting on the career portal looks like below:

“We are a new team, codenamed Gryphon. We are building a subscription platform, one that can be reused by other teams in the future. This is a first for Twitter! Gryphon is a team of web engineers who are closely collaborating with the Payments team and the Twitter.com team.” 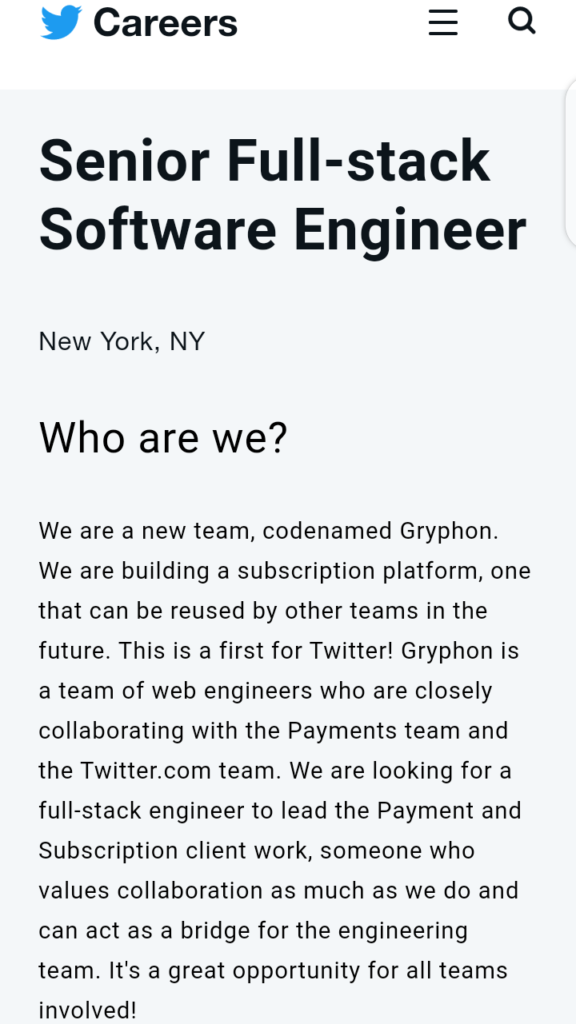 For now, it’s still unclear what exactly Twitter’s new plan will be. However, according to the job posting, it reveals that Gryphon will be working closely with the Payments team and the Twitter.com team, to deliver the first-ever type of subscription platform.

A few years ago, Twitter was able to investigate offering its power users the subscription paid service. During that time, the company rolled out a survey to its users. The aim of that was to know whether or not its users would be willing to pay for breaking news alerts, new analytics, or information about what an account’s followers are tweeting about.

Currently, the vast majority of Twitter’s revenue comes through ad sales and data licensing. With the new Twitter subscription platform that Gryphon is working on, it could potentially be a premium version, which focuses on removing ads and adding more customization features for power users. It could also be that Twitter is planning to consider a Patreon-style of subscription. Talking about that, it requires its users to subscribe to their individual accounts.

Sources have been able to reach out to Twitter for more explanation on the new subscription platform. As soon as we hear anything regarding the new development, we’ll surely update you about it.