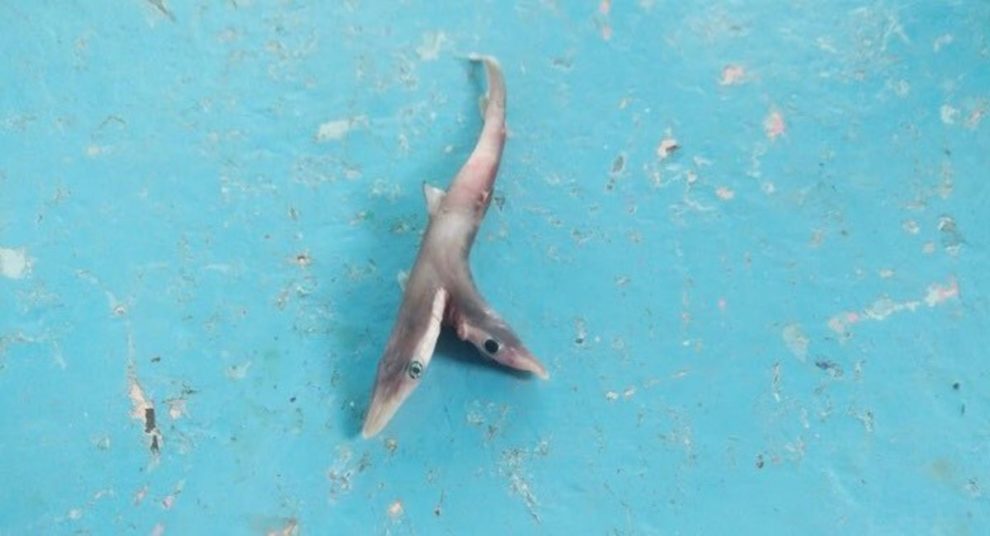 According to the latest report, a fisherman in Maharashtra in India discovered a rare two-headed baby shark. However, since the fish, about six-inch in length, looks strange to the fisherman, he quickly took a picture of it. And after that, he threw it back into the sea.

According to the latest discovery, a fisherman from Maharashtra, called Nitin Patil, was fortunate to catch some fishes on Friday. After checking his net, he found that a two-headed baby shark, about six inches long, was also among the fishes.

According to Patel, who didn’t understand the species of the fish, he said he had to quickly take some images of the rare fish and release it back to the sea. However, after sharing the image, he was told that the fish is very rare in nature. Here’s what the fisherman said while talking about the animal with the Hindustan Times.

“We do not eat such small fish, especially sharks. So I thought it was strange, but decided to throw it anyway.”

Furthermore, according to another fisherman Umesh Palekar, who was also present during the incident as pointed out by the news platform, he mentioned that they’ve never seen any fish like that in Maharashtra. Also, Patel further said they believe a big Shark might have given birth to the two-headed baby fish. Additionally, the fisherman added that they’ve already shared the images of the fish with some researchers from ICAR-CMFRI, in Mumbai. You can check below for the image of the strange fish below: 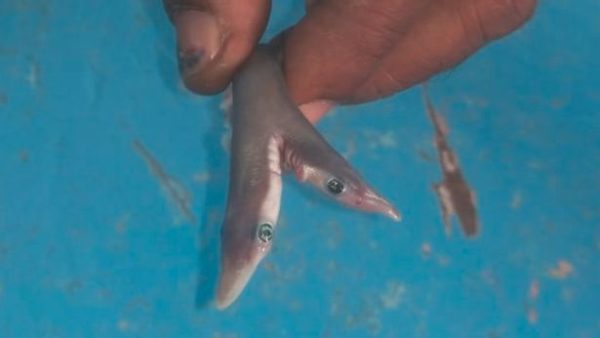 What Experts Said About The Rare Fish

Some experts have now come out to say one or two things regarding the genetic anomaly of the rare two-headed baby shark. First, according to Swapnil Tandel, the Marine biologist mentioned that a lot of factors might have contributed to why the juvenile fish caught in Maharashtra has two heads. Furthermore, Tandel also added that it’ll be very difficult to know the exact cause as the creatures are very rare to come across. Here’s a brief of what the Marine biologist said below:

“These finds are so rare that it is difficult to find a cause for the anomaly. Genetic or metabolic disorders, viruses, pollution, or overfishing could be the possible reasons.”

According to a scientist at ICAR-CMFRI, a similar two-headed baby shark was discovered in Gujarat about 56 years ago. Here’s what the scientist told HT while further explaining the genetic anomaly of the fish below:

“Our records show that double-headed sharks are very rarely reported along the Indian coast. This species appears to be the embryo of the spadenose shark (Scoliodon laticaudus) from the Carcharhinidae family or a sharpnose shark (Rhizoprionodon species). Both are viviparous [birthing live young which have developed inside the body of the parent], and are common in Maharashtra waters.”