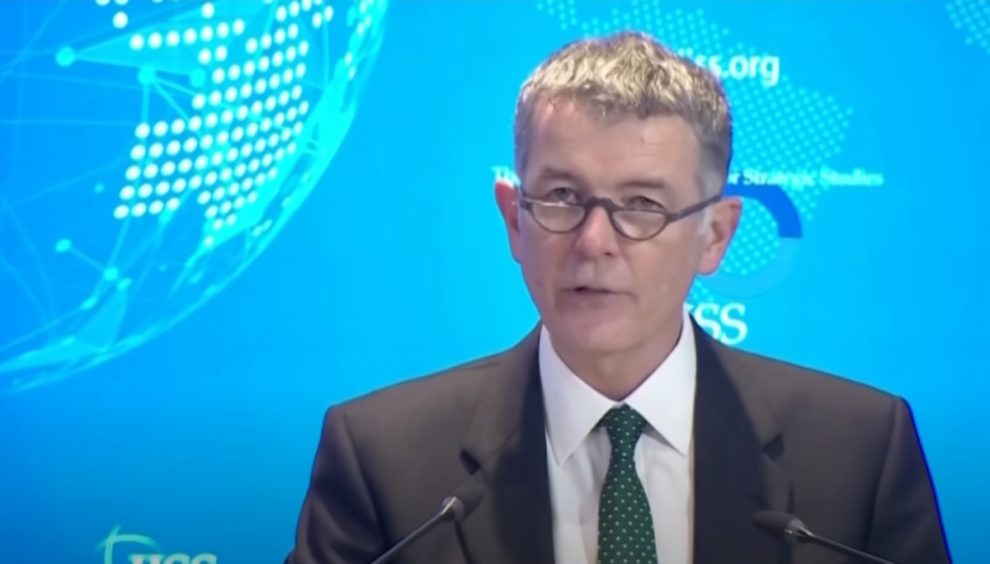 In his first live broadcast interview, MI6 chief Richard Moore warned of China’s “debt traps and data traps,” according to the BBC.

Moore warned that China has the capability to “harvest data from around the world” and uses money to “get people on the hook” in a wide-ranging interview before delivering his first major public speech as head of MI6.

Moore described China’s use of “debt traps and data traps” when speaking about the threat it poses.

He said Beijing is “trying to use influence through its economic policies to try and sometimes, I think, get people on the hook”, BBC reported.

Explaining the “data trap”, he said: “If you allow another country to gain access to really critical data about your society, over time that will erode your sovereignty, you no longer have control over that data,” the report said.

“That’s something which, I think, in the UK we are very alive to and we’ve taken measures to defend against.”

Mr Moore later told the International Institute for Strategic Studies in London that China was now his agency’s “single greatest priority,” and that a “miscalculation” by an overconfident regime in Beijing over an issue like Taiwan could pose a “serious challenge” to global peace.

He also stated that Western countries must stand up to Moscow’s “full spectrum” of threats, ranging from state-sanctioned attacks like the Salisbury poisoning to using political proxies to undermine Balkan stability.

Coronavirus Is Man-Made And Started As An Accident In A Lab In China: Ex MI6 Head