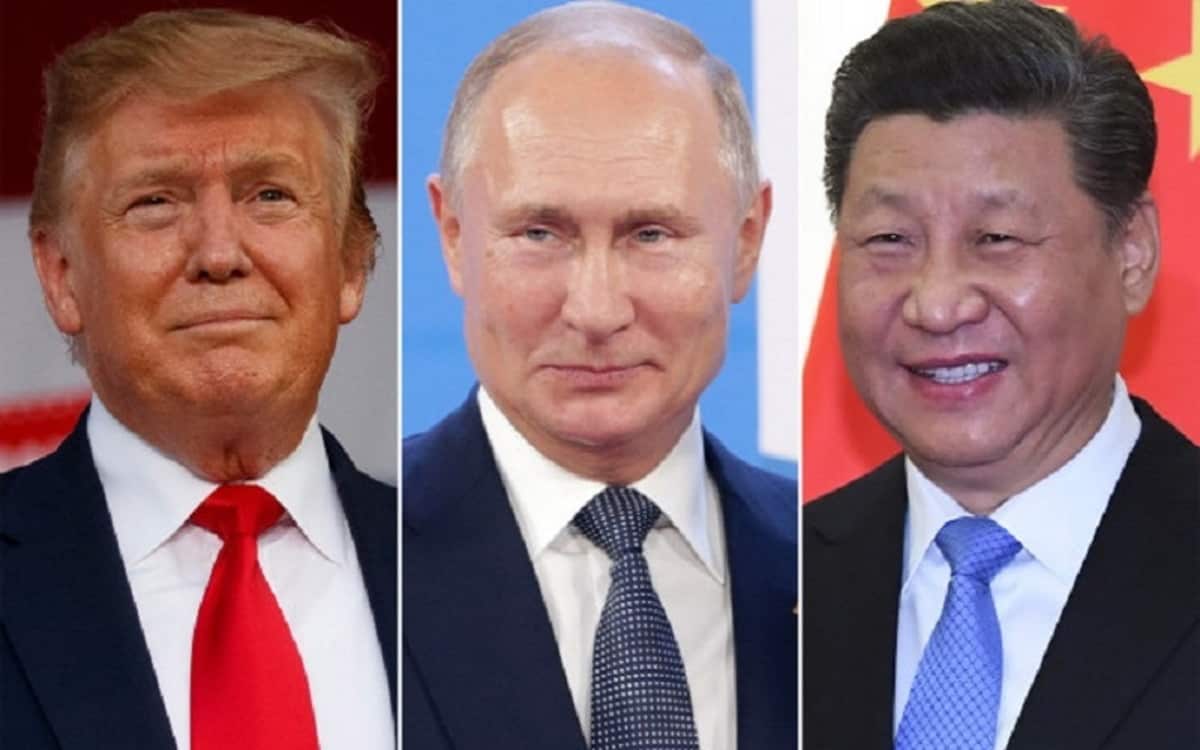 The speeches given by Presidents Trump, Putin, and Xi via video during the 2020 UN General Assembly predictably revealed that the American leader’s assessment of the contemporary international situation and related vision of the future markedly differ from his Russian and Chinese counterparts’.

The functions of the 2020 UN General Assembly are being conducted almost entirely by video this year because of World War C, the author’s term for describing the full-spectrum paradigm-changing processes unleashed by the world’s uncoordinated efforts to contain COVID-19. The highlight of Tuesday’s event was the speeches given by Presidents Trump, Putin, and Xi, which predictably revealed that the American leader’s assessment of the contemporary international situation and related vision of the future markedly differ from his Russian and Chinese counterparts’. For reference, readers can review the transcripts of their speeches in the previously hyperlinked sources embedded in each leaders’ name in the previous sentence. What follows is a summary of their views and visions, after which the most important contrasts between Trump’s and Putin & Xi’s will be briefly analyzed.

Beginning with Trump, he boasted about the US’ anti-COVID mobilization while blaming China for this global pandemic. He also condemned the People’s Republic for purportedly controlling the World Health Organization, its reported environmental devastation, and alleged trade abuses. Other highlights included mention of what he controversially described as the “peace deal” between Serbia and its NATO-occupied Province of Kosovo & Metohija, as well as the Abraham Accords, the latter of which he regarded as “the dawn of a new Middle East”. He also reminded the world of his commitment to withdraw from Afghanistan, as well as his assassination of Iranian Major General Soleimani who he called “the world’s top terrorist”. In addition, Trump claimed full credit for defeating ISIS. His vision of the future is one in which all countries put themselves first, and he predicted “that next year, when we gather in person, we will be in the midst of one of the greatest years in our history.”

Putin’s speech, by contrast, was much more constructive than Trump’s. He lauded the UN and its principle of multilateralism while reaffirming his belief that this global body’s Security Council must become more inclusive and international law more fully respected by all. The global economic crisis brought about by World War C necessitates urgent cooperation between the UN, G20, and other organizations. In this context, Putin promoted Russia’s vision of a Greater Eurasian Partnership and reiterated his country’s commitment to the creation of so-called “’green corridors’ free from trade wars and sanctions”. He also spoke in favor of “freeing the world trade from barriers, bans, restrictions and illegitimate sanctions”. The Russian leader then recommended renewing the New START with the US, offered the Sputnik V vaccine for free to all UN personnel, and called for a G5 meeting of the UNSC. At the end of his speech, Putin repeated his call for multilateralism.

Compared to Trump’s and Putin’s speeches, Xi’s was the simplest of the three, though that’s not a criticism. He succinctly summarized the socio-economic and technological advancements of mankind over the past 75 years since the UN’s founding, and like Putin, Xi urged the international community to return to the principle of multilateralism so that “after the storm comes the rainbow”. He advised the UN to “stand firm for justice”, “uphold the rule of law”, “promote cooperation”, and “focus on real action”. Some relevant points that the Chinese leader made were thinly veiled condemnations of American bullying and unilateralism, as well as recommendations “to replace conflict with dialogue, coercion with consultation and zero-sum with win-win” and for the UN’s Agenda 2030 to give priority “to non-traditional security challenges” like public health. In his optimistic vision of the future, everyone will “work to promote a community with a shared future for mankind”.

The contrast between the American leader’s vision of the future and that of his Russian and Chinese counterparts is clear. Claiming that “American prosperity is the bedrock of freedom and security all over the world”, Trump portrayed the past three and a half years in glowing terms, supposedly enriched by the success of his campaign to “Make America Great Again”. Putin and Xi obviously disagree since they each in their own way criticized what they both regard as Trump’s dangerous unilateralism, be it through waging the so-called “trade war”, imposing sanctions, or threatening not to renew the New START. Trump is confident that he’ll return to address the UN next year as the American President, while one can interpret Putin and Xi’s optimism of the future as premised on their presumed belief that Biden might ultimately replace him. All in all, these three speeches simply confirmed that the New Cold War is still mainly about the US vs. Russia and China.